Cloudy and 72° in Queens

Cloudy and 72° in Queens The background color of this website changes based on current sky conditions in New York City. 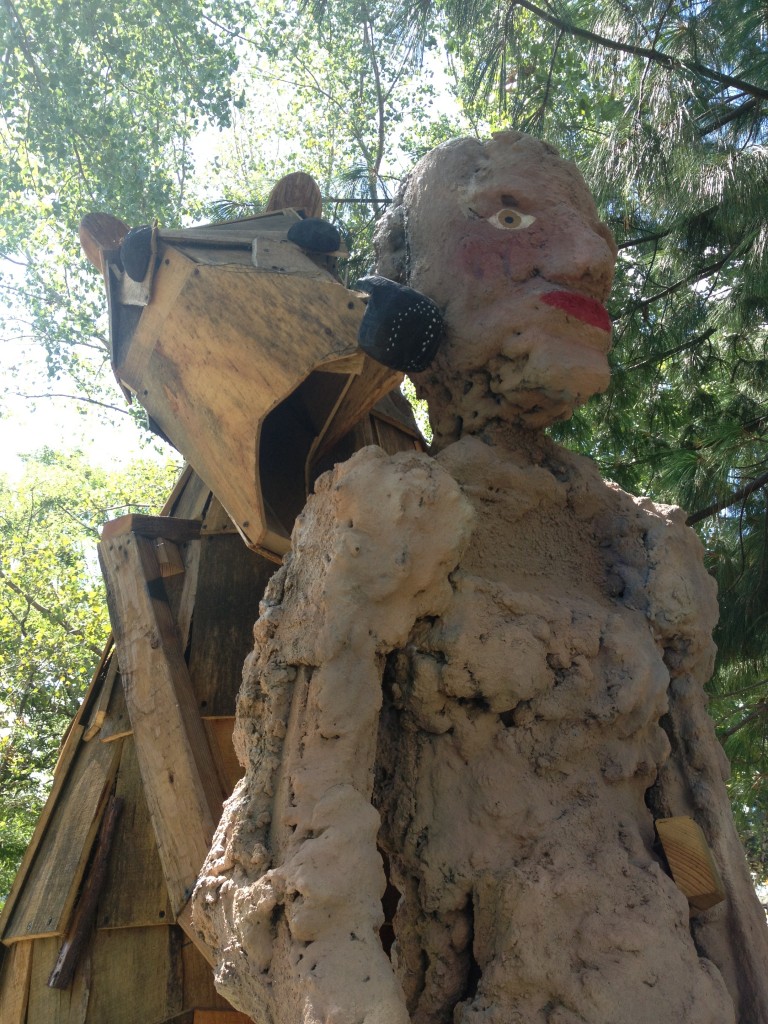 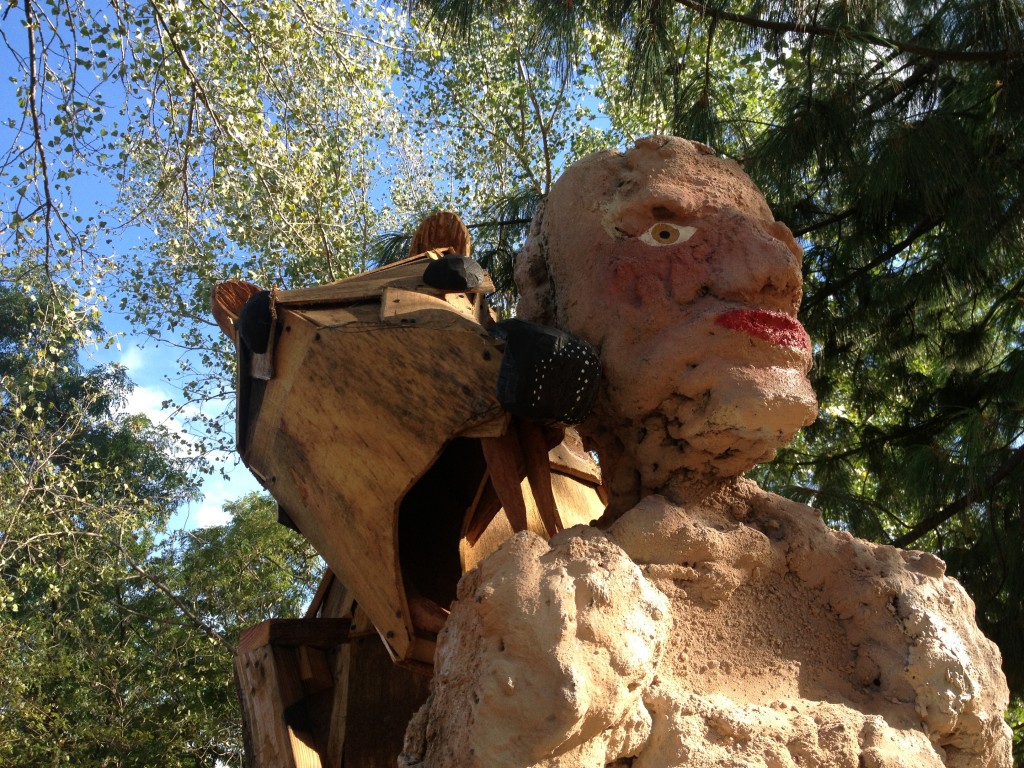 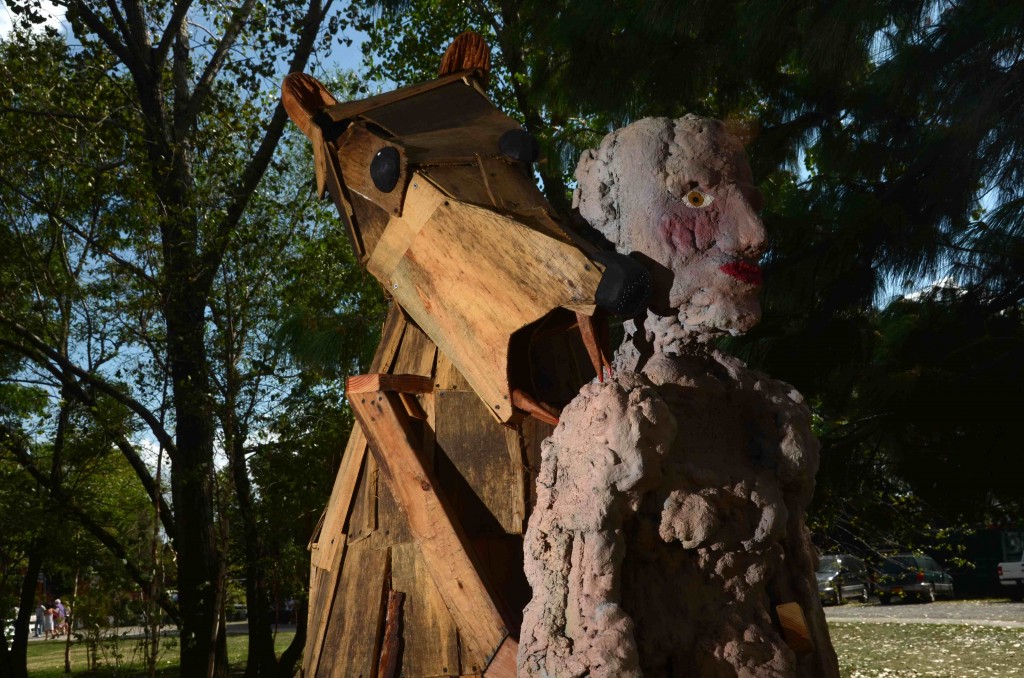 Thordis Adalsteinsdottir’s sculpture entitled, Bear Eats Man, is a commentary on the adversarial, and at times violent, confrontation between “man” and “nature.” Using shingled wood for the bear, and spray foam concrete for the man, each are rendered to be mysterious and crude universal archetypes.

Situated in a grove of trees within an urban park, this narrative depicts a dramatic moment of shock and death. “Man” is depicted with eyes wide open, nude and in state of adrenaline-fed surprise.  The wild bear looms over the man while sinking his teeth into the man’s shoulder, succumbing to the physical power of nature and exposing his own vulnerability.  The tableau of figures is a rather pessimistic, but perhaps realistic, idea that peaceful coexistence may not be possible.