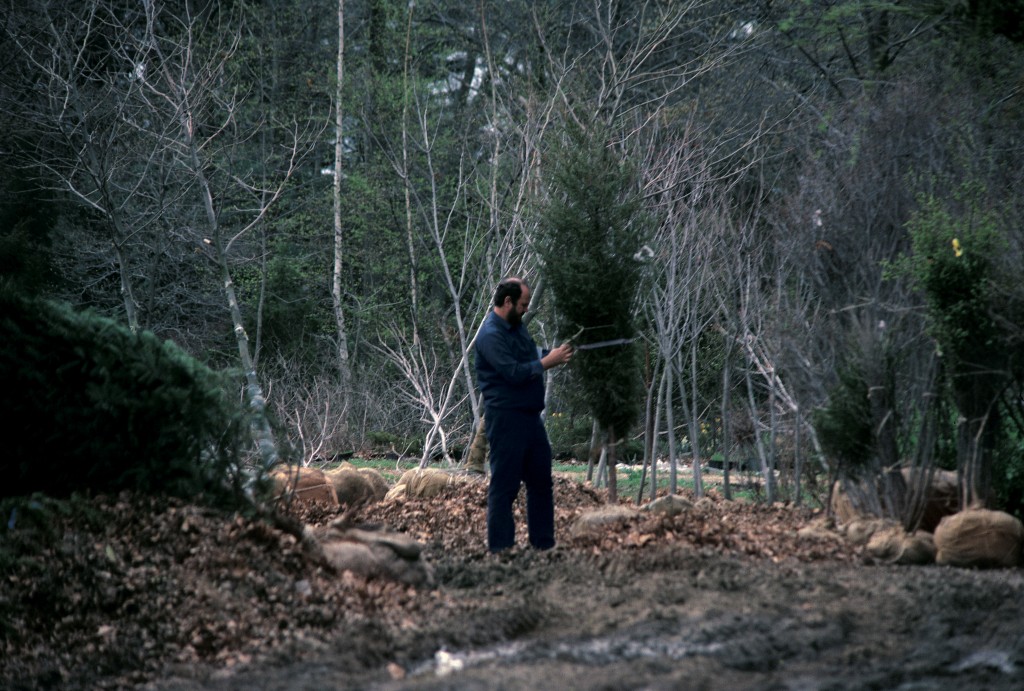 “Time Landscape — Worldwide Sculpture” is a series of forests, rivers and marshlands that are being recreated in urban and suburban environments. (paragraph break) The first forest was planted in 1965 in Macomb, Illinois, in the middle of an agricultural area. Over the years, forests have been planted, reconstructing the natural environment in such areas as: New York City, St. Louis, Tokyo, Aukland, Italy, Austria and Germany.

The redevelopment of historical waterways has taken place in such cities as Dallas, South Bend and Graz. Each of these environment sculptures shows the unique historical natural characteristics from the soil topography and plant life.

In the Socrates Sculpture Park, we are recreating the historical waterfront vegetation of New York City. Wild grasses and flowers, as well as bushes and trees, have been researched and planted. This microlandscape has been created to indicate how the entire sculpture park can be landscaped. As part of the environmental sculpture, we will distribute seven million trees to be planted throughout New York City so that every human being will have one tree in the city.

Public monuments traditionally have celebrated events in human history — acts or humans of importance to the whole community. In the 20th century, as we perceive our dependence on nature, the concept of community expands to include nonhuman elements, and civic monuments should honor and celebrate life and acts of another part of the community: natural phenomena. Within the city, public monuments should recapture and revitalize the history of the environment natural to that location.