Mostly cloudy and 41° in Queens

Mostly cloudy and 41° in Queens The background color of this website changes based on current sky conditions in New York City. 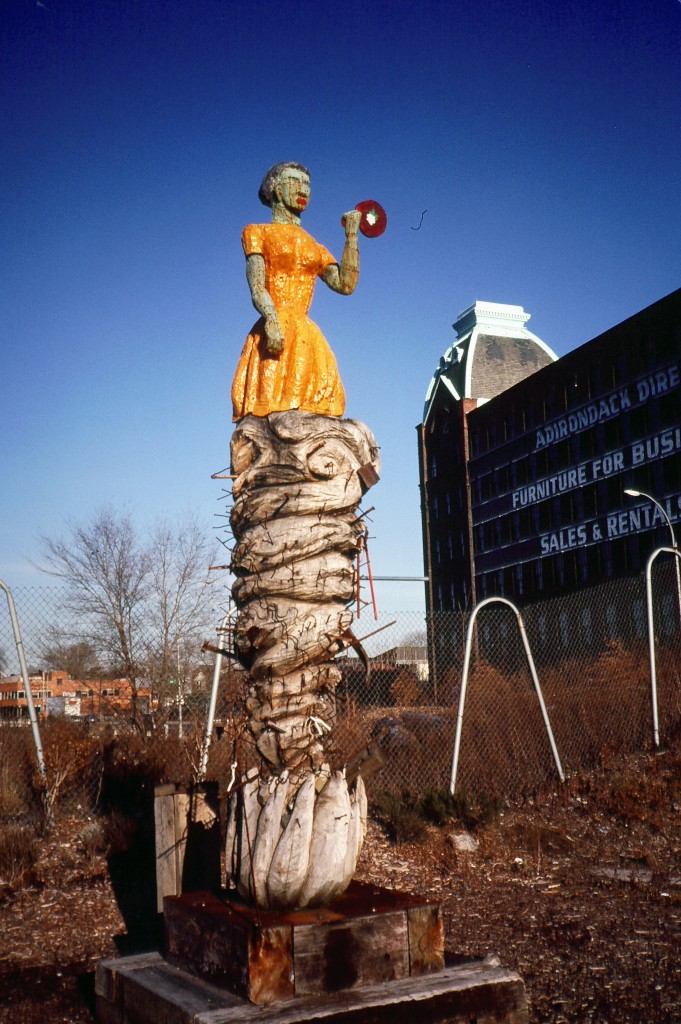 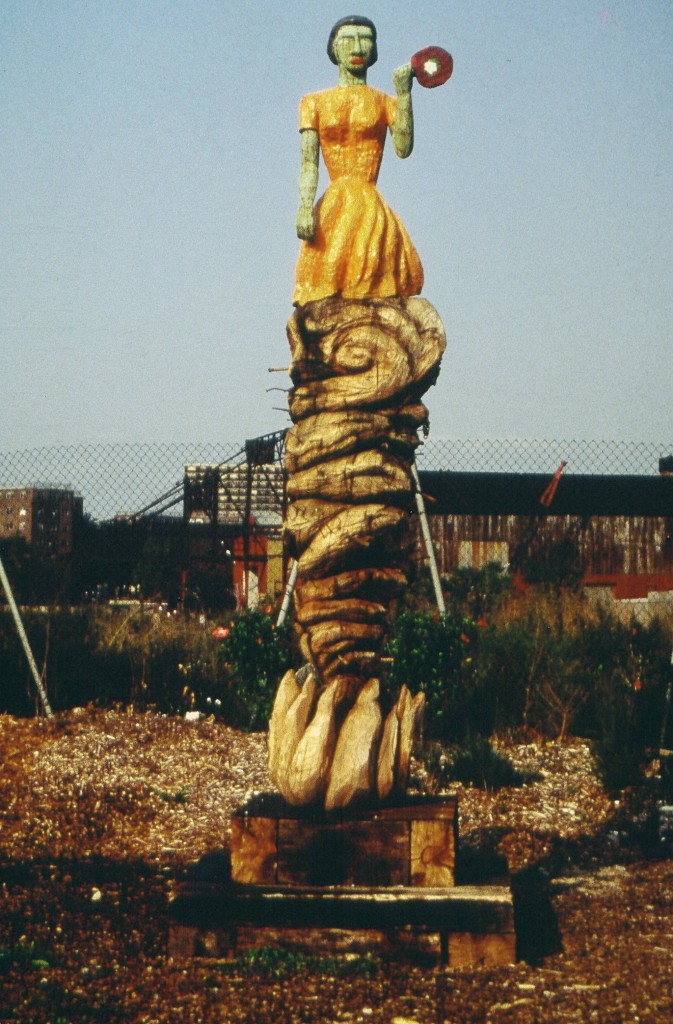 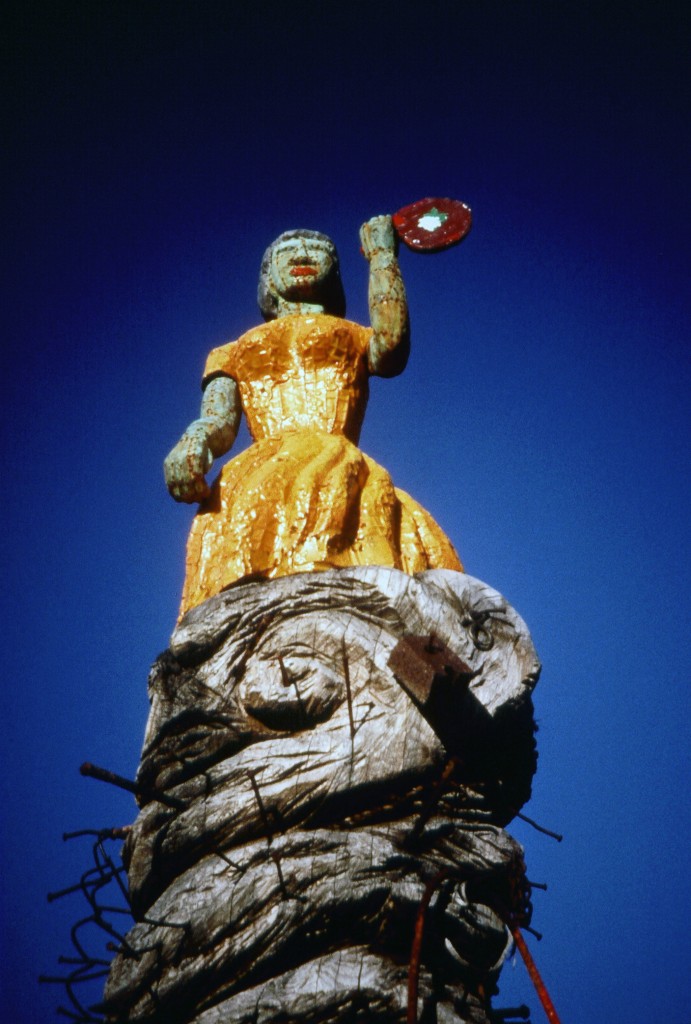 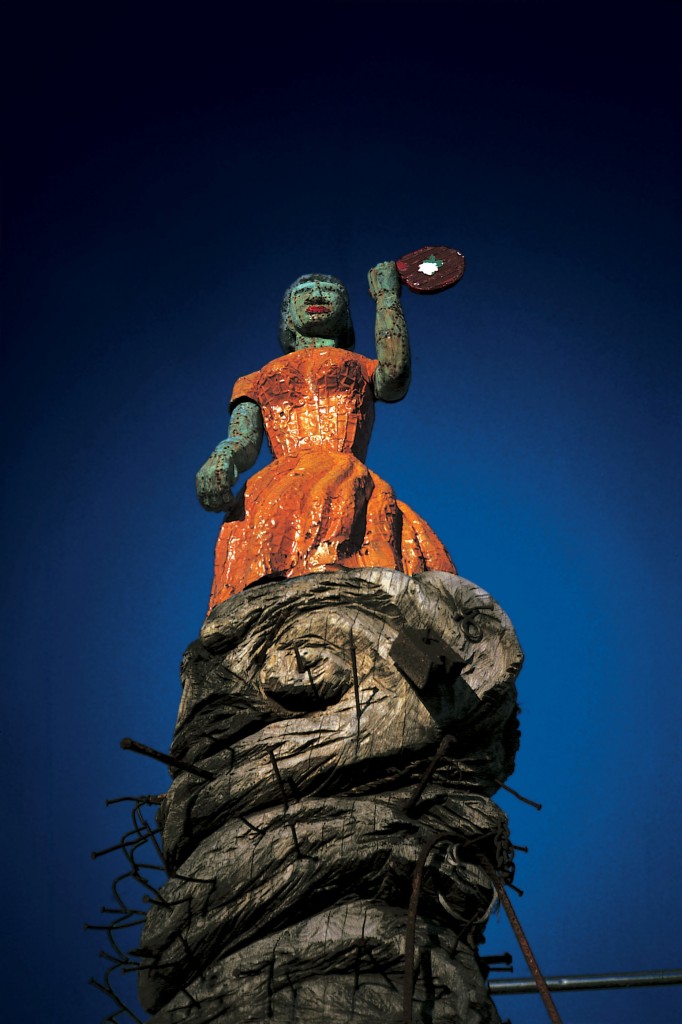 Fanning the Fire is an accumulative piece against apartheid. Visitors to the Park are invited to contribute to the piece by adding various metal objects and nails they bring or find at the Park, as offerings against apartheid. A hammer and nails are provided behind the sculpture. The sculpture will continue to receive offerings throughout the time the piece is installed in the Park, and will gradually acquire a dense, encrusted surface of objects, found refuse, and nails.

Edition of 12 with 5 A.P.’s
Created exclusively for the Celebrate Socrates: 2022 Benefit Party

Alison Saar was born in Los Angeles, California. She studied art and art history at Scripps College and received an MFA from the Otis Art Institute. Saar works across media from prints to assemblage to bronze, with a focus on representing the history of the African diaspora and black female subjectivity. She is a force in public art and has produced many monuments including the Monument to the Great Northern Migration (1996), Chicago, IL; Swing Low, the Harriet Tubman Memorial (2007) New York City; Embodied (2014) Los Angeles County Hall of Justice, Los Angeles, CA; and To Sit A While (2022) a monument to playwright and journalist Lorraine Hansberry to be installed in Chicago.  Saar has received multiple awards and honors including the United States Artist Fellowship, the John Simon Guggenheim Memorial Foundation Fellowship, and two National Endowment Fellowships. She has exhibited for decades at galleries and museums, including the Hirshhorn Museum and Sculpture Garden and the Whitney Museum of American Art. Her art is represented in the collections of the Whitney Museum of American Art, the Baltimore Art Museum, the Modern Museum of Art and the Metropolitan Museum of Art, among numerous others. Saar exhibited Fanning the Fire at Socrates in 1988, which is now in the collection of The Museum of Fine Arts, Houston, and joined the board at Socrates in 2018.