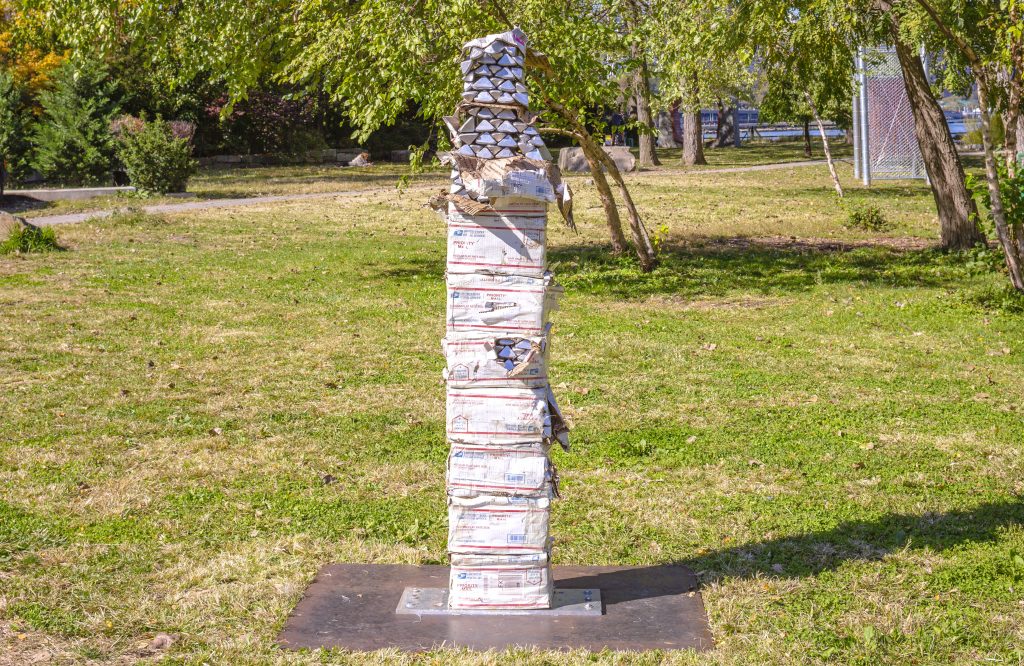 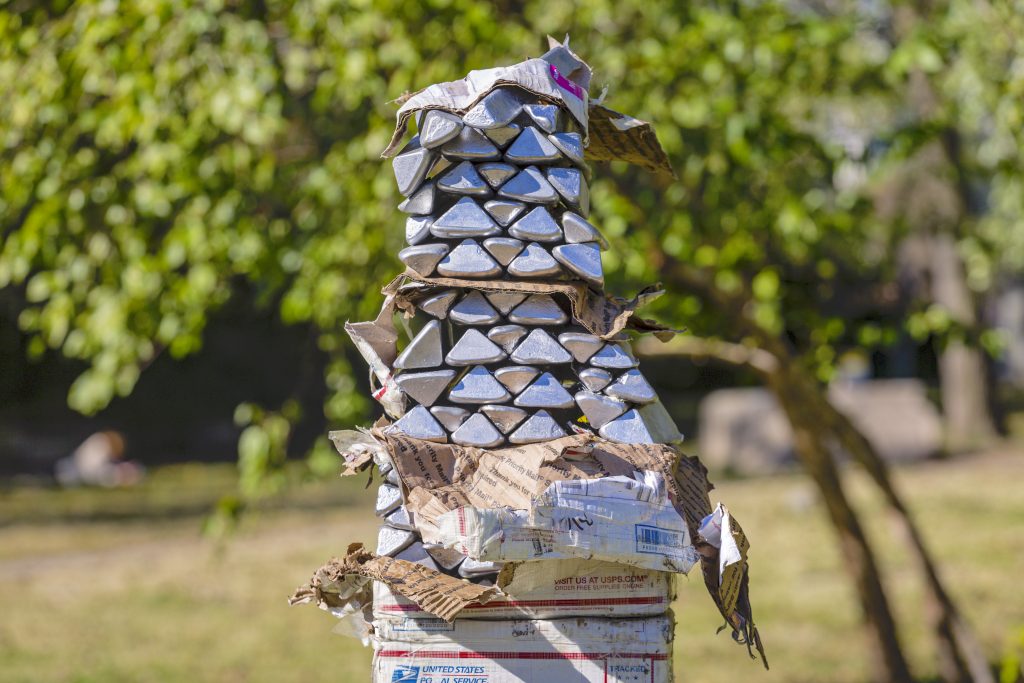 This irregular tower of handmade aluminum ingots, melted from the ubiquitous lightweight can, casts into doubt the preciousness of the materials of monumentality. Centering aluminum’s role as currency and its malleability, the artist defamiliarizes the ordinary in a monument to exchange and transformation.

After sifting through many proposals, Sculpture Park gave each artist here a $4,000 production budget and access to their facility to make the monument over the summer. I used the majority of this amount to live off of in the past 6 months. By the time I had listened to enough news and read, thought, contemplated, experimented, slept, and rested enough, this sculpture is what I could give. What I have learnt about monuments is that they are an action; it is misinformation to think of them as objects. A monument is an action of public placement and of promise making. Its enduring heaviness is but an indication of and a threat by the power that keeps it there.

Solstad participated in a series of virtual programs produced by the 2020 Socrates Artist Fellows:

Acknowledgements to Michael Connor, Erwin Karl, and Shu Lea Cheang of CycleX in the development of this work.