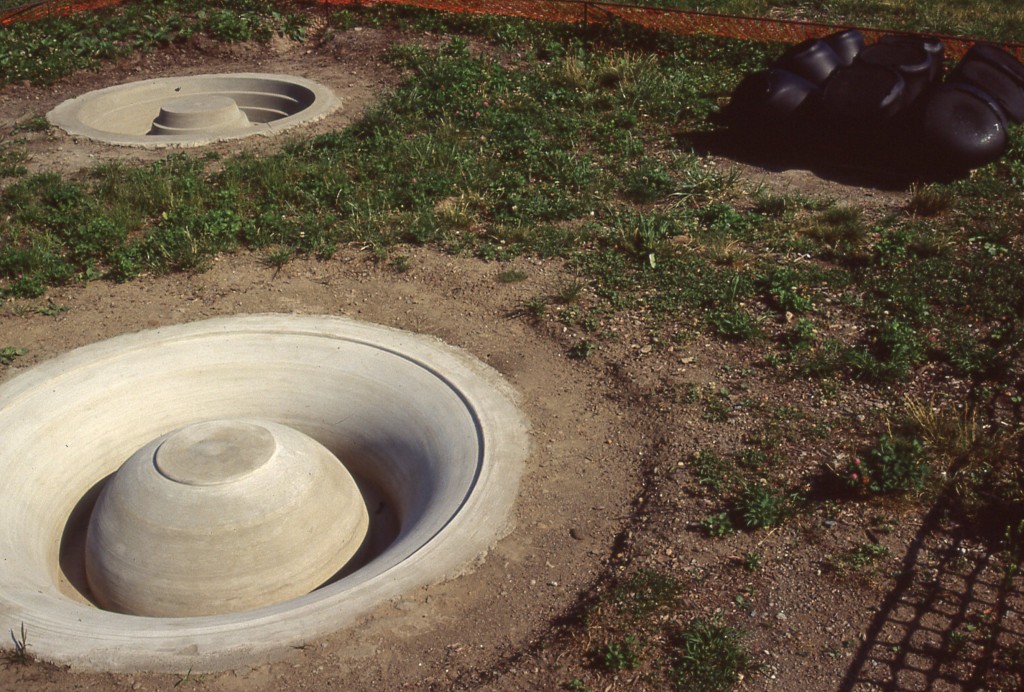 As Never Mind the Bullocks neared completion, I realized that I’d attempted to set up a situation that could be best described as a “frozen verb.” At only one instant could the sculpture, comprised of a group of four elements, refer to an impending physical process poised on the verge of occurring. This singular instant was the exact moment I completed the work. Minutes later, the heat of the summer began to have its effect and coaxed the asphalt cylinders into a glacier like motion, propelling the substance towards its eventual destination.