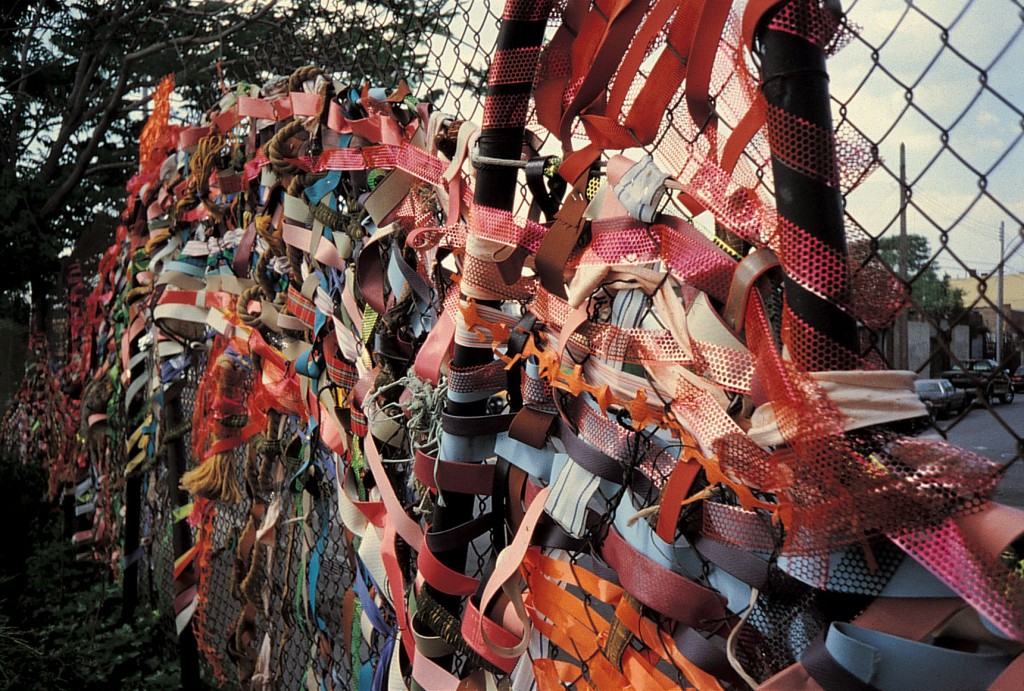 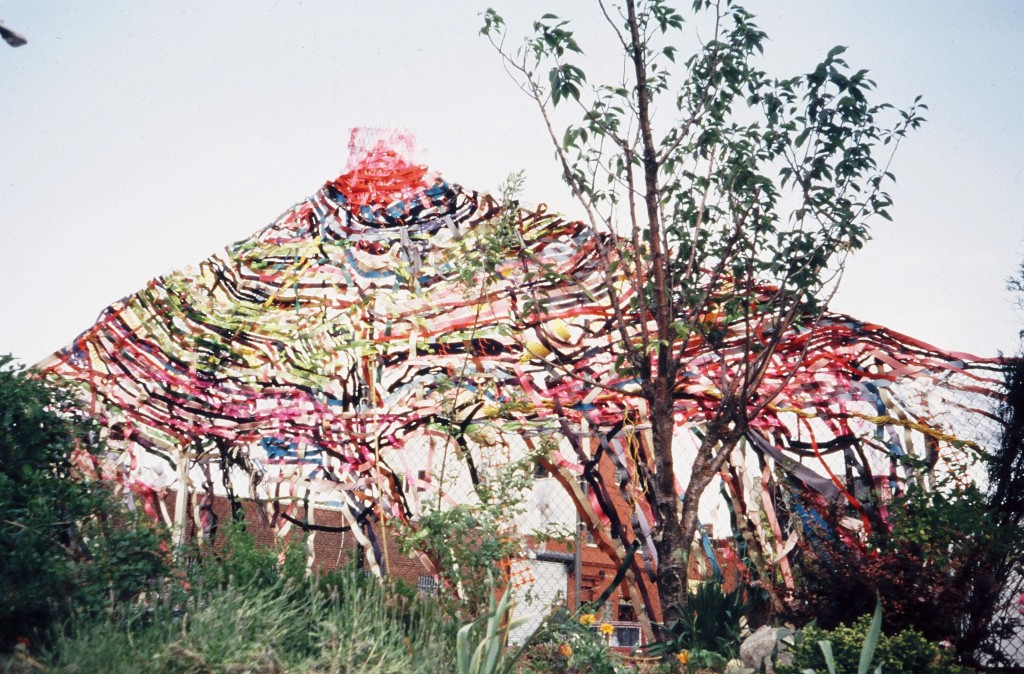 In this piece I was interested in using steel and concrete, the materials of grim urban construction and making something that appeared soft, bloated and squishy, absurd and somewhat domestic.

I used to work in the theater but stopped when I found the scene in the car park outside the stage door more striking than the performance. Outsized props, parts of costumes, pieces of scenery and the odd papier mache limb were routinely dumped there awaiting the bin men. In various stages of distress and decay that piled up, stripped of the magical effect of lights and animation.

Knickers is partly that. A kind of monumentally defunct object, disguarded, grimly human in the real world. A black comedy. 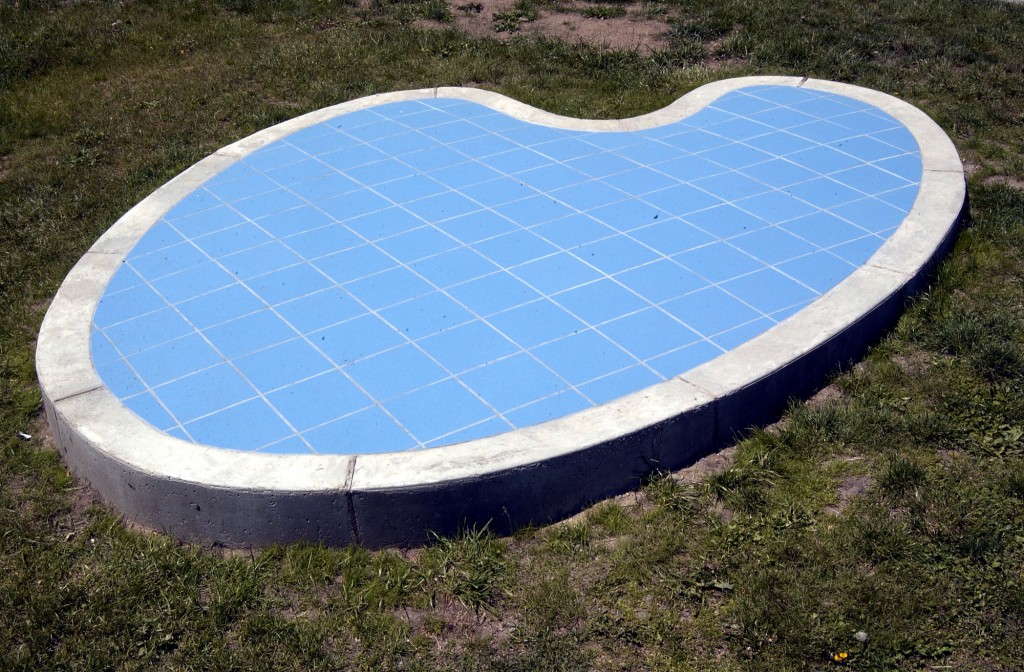 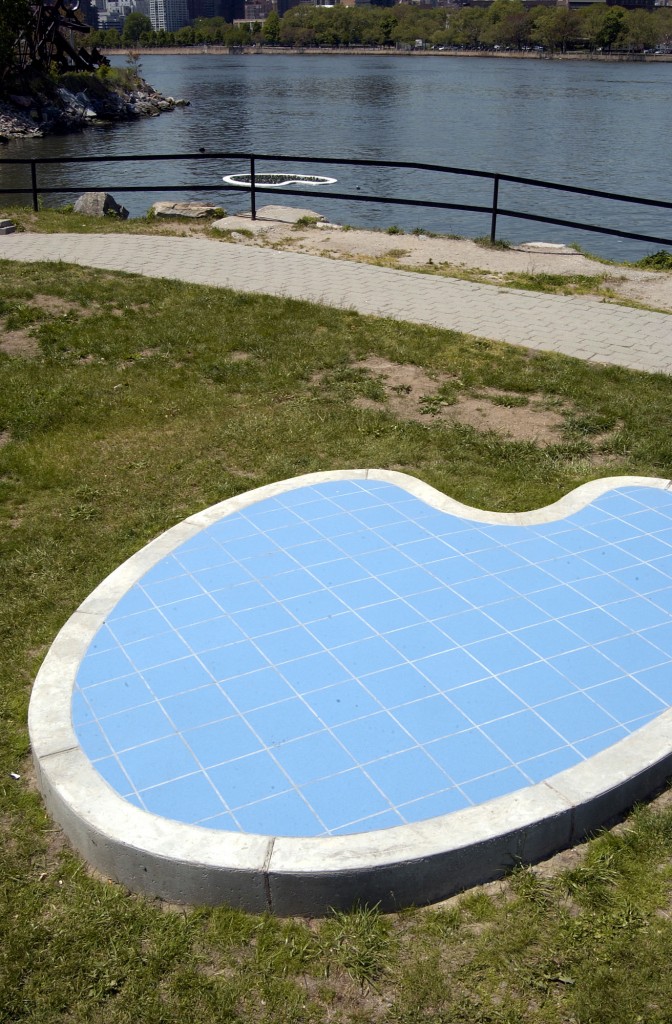 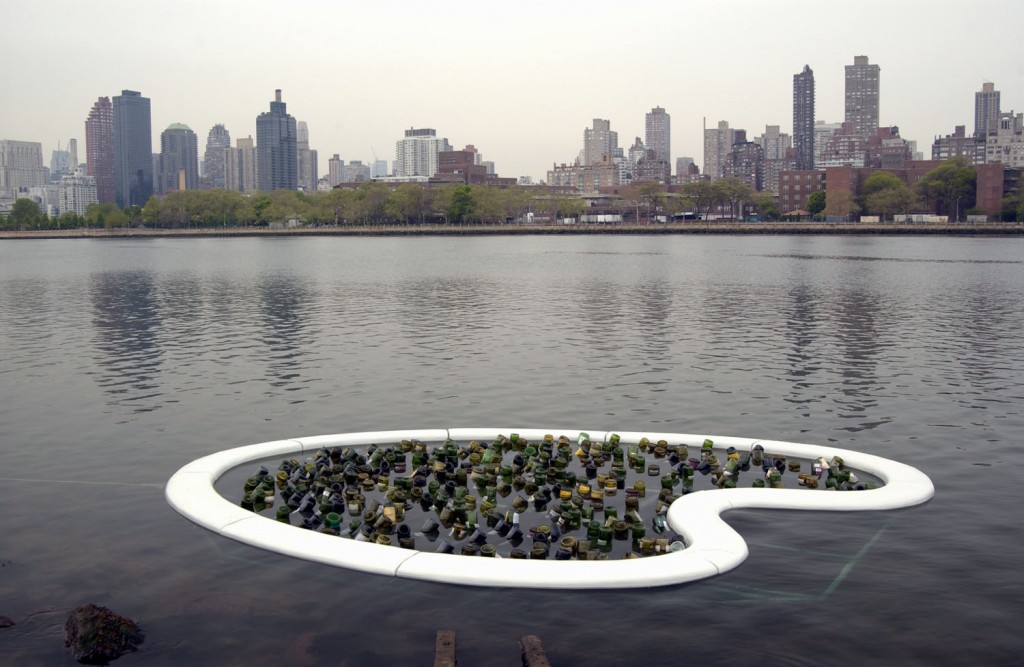 Two swimming pool-like forms: one, in-ground and convex, covered in blue ceramic tiles; the other, a floating form filled with bottles just off shore in the East River.