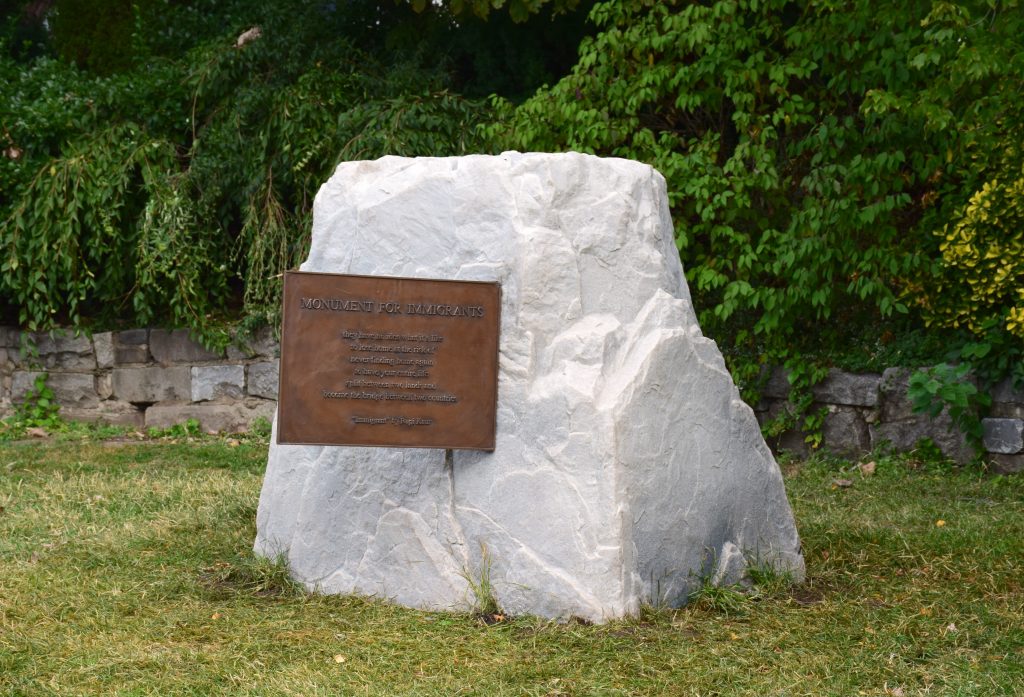 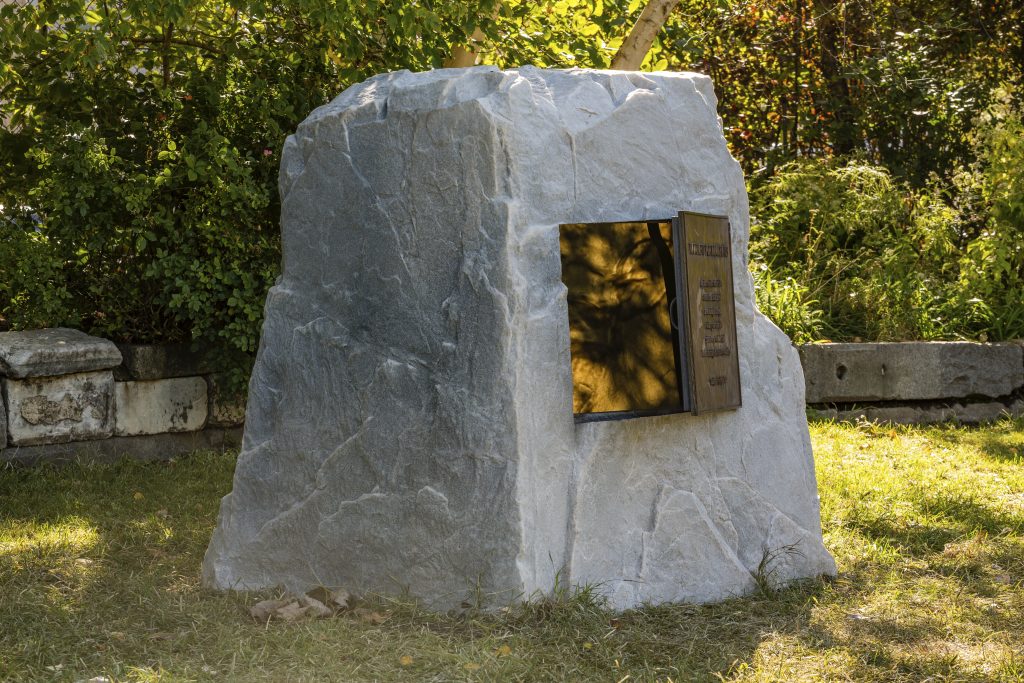 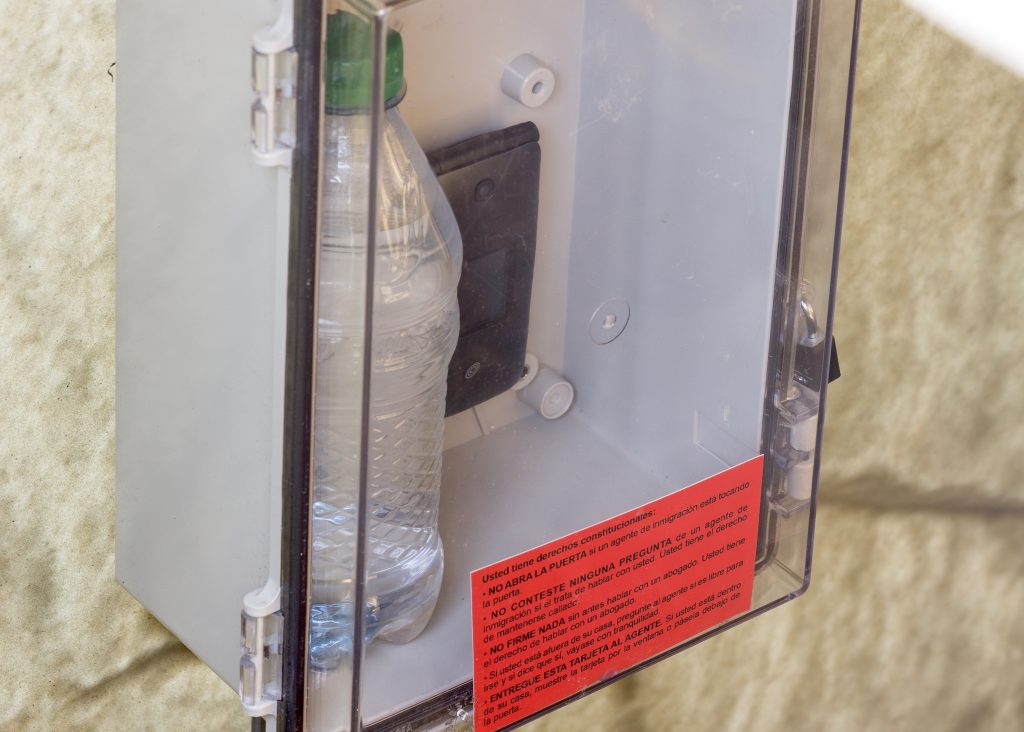 About ‘Monuments for Immigrants (In Advance of ICE Raid)’

Reminiscent of the boulder-with-plaque historic markers that are common across parks nationwide, Bejar plays with ideas of visibility both in terms of public monuments and human rights as it pertains to citizenship. In response to recent raids by Immigration and Customs Enforcement (ICE), Bejar’s ‘Monument for Immigrants’ provides a utilitarian escape hatch for undocumented people to enter and safely hide inside.

Thank You: Special thanks to Melissa Levin and Vincent & Ruth Bejar.

My name is Daniel Bejar and I am an artist working in New York City. My contribution to MONUMENTS NOW: Call and Response is entitled “Monument for Immigrants (In Advance of an ICE Raid)”. Installed near the entrance of Socrates Sculpture Park, you will find a monument that takes the familiar form of a memorial boulder commonly found throughout many of New York City’s parks and beyond. You have likely encountered these imposing rocks with attached bronze plaques commemorating various historical events or figures. While this monument may at first look like a large grey and brown rock with a bronze plaque, both the rock and plaque are in fact fake. This ready-made rock is made from a trademarked material called “RealRock” and is hollow. I have designed the inside cavity to provide a sanctuary space for an undocumented New Yorker in the event of an Immigration and Customs Enforcement raid. By cutting a concealed opening into the artificial rock hidden underneath its plaque, a person in need is able to enter the monument turned covert shelter. Inside are emergency supplies such as a burner phone, a cell phone charger, a light, water, and legal information on what to do if detained in an ICE raid. I am interested in subverting the obsolete form of the static commemorative monument and repurposing these empty shells for our present time. Using the appearance of a memorial boulder, this Monument for Immigrants relies on illusion to provide a real sanctuary for a very real and present danger. Typically artificial rocks are used in landscape design to disguise eyesores in suburban settings such as wells, utility boxes, and irrigation pipes. The company who manufactures these artificial rocks even has a fitting slogan “Do you have something to hide?” Designed to be hyperreal these artificial rocks define a culture that is uniquely American. The theorist Umberto Eco described it as “the American imagination demands the real thing, and to attain it, must fabricate the absolute fake.” Unlike its memorial boulder counterparts which are weighed down by their heaviness and commemorative histories, this Monument for Immigrants is lightweight, mobile, and can be deployed into immigrant communities such as those of Queens, home to one million immigrants and which has been the primary focus of ICE surveillance, deception, and detention. Similar to the Statute of Liberty, the monument’s plaque features a poem. Rupi Kaur’s poem “Immigrant” reads: “they have no idea what it’s like to lose home at the risk of never finding home again to have your entire life split between two lands and become the bridge between two countries.”

Bejar participated in a series of virtual programs produced by the 2020 Socrates Artist Fellows in tandem with the ‘Call and Response‘ exhibition: