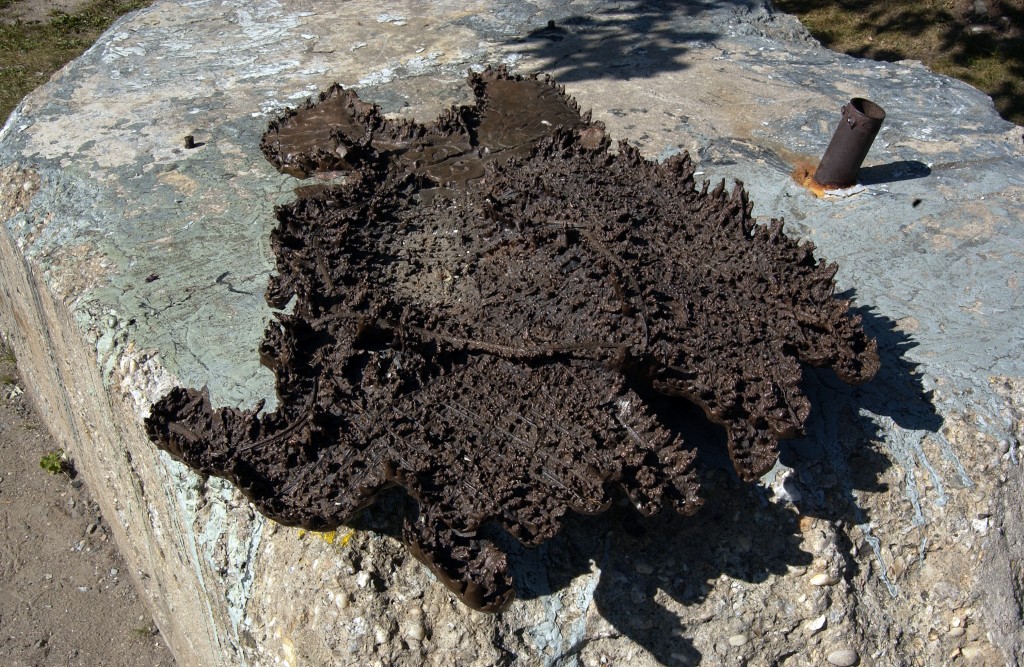 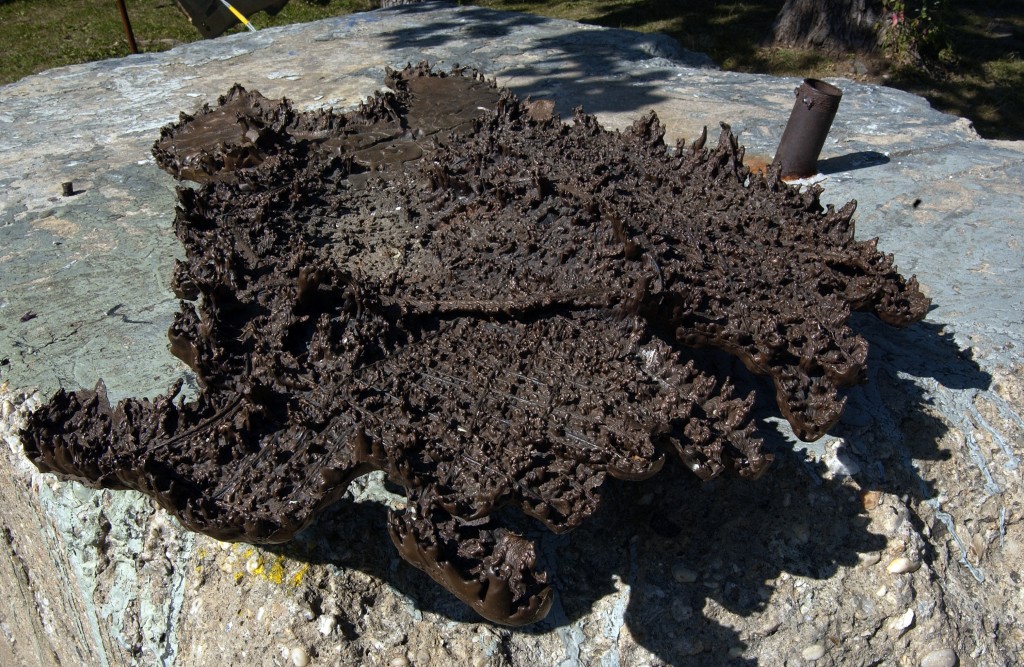 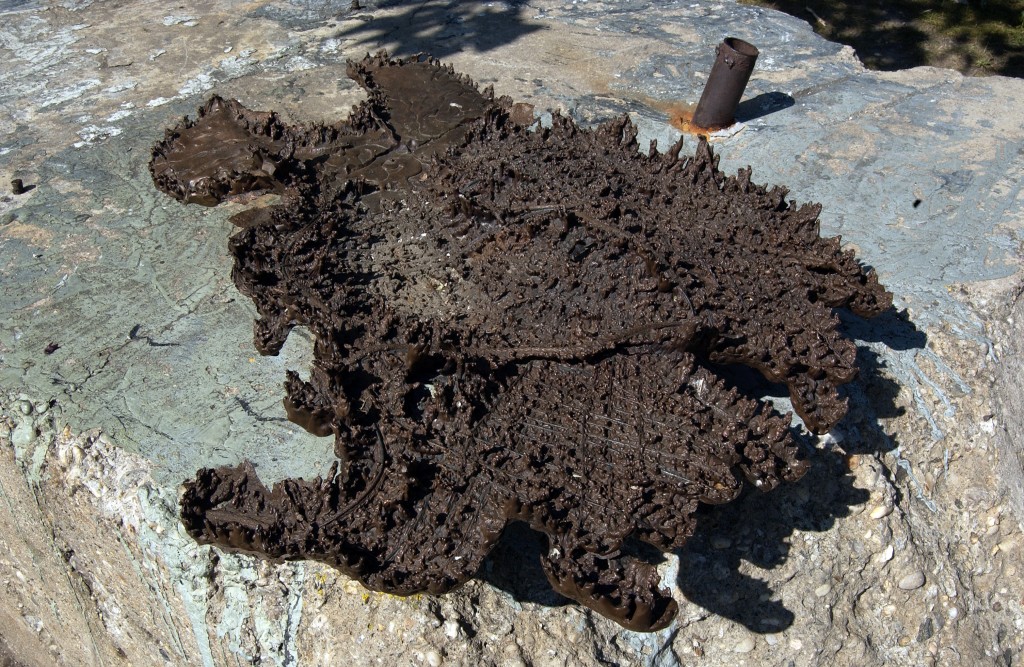 Deborah Fisher’s New Orleans Elegy is a living work of art that will change over time in its appearance and meaning. Fisher is interested in the structures the earth makes: how crystals grow; accreation; and the way rocks organize and build themselves. New Orleans Elegy is a map of New Orleans made of steel wire “streets” and a bronze overlay. Over time, the interaction of the metals will cause the streets to decay from the bronze leaving only a trace of where they once were.