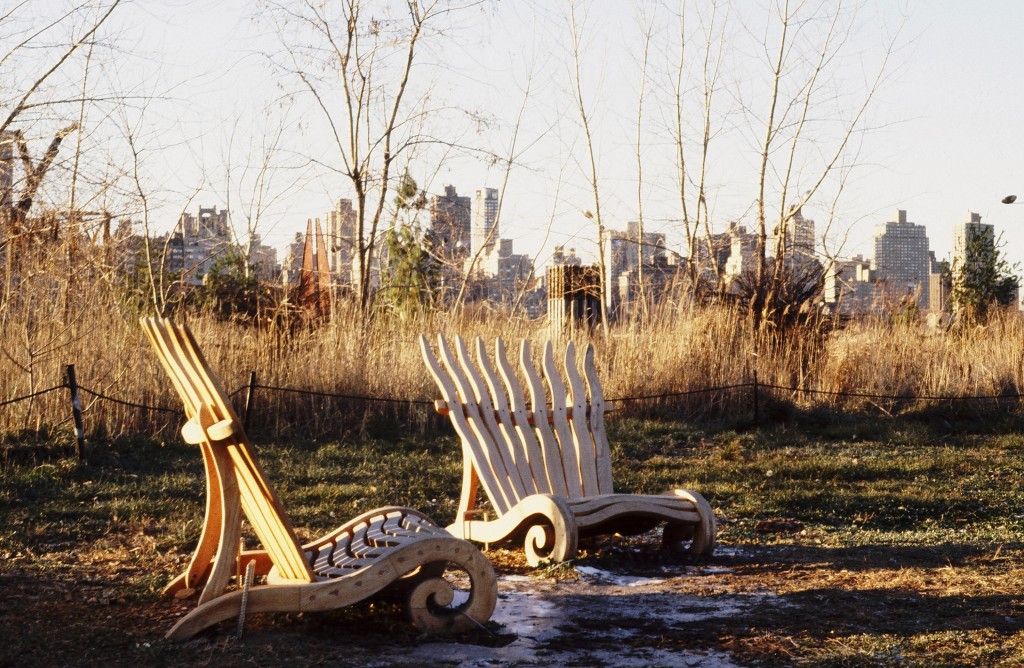 Nouveau Adirondack is part of an ongoing series of functional sculptures, including fencing, structures for play and shade, and a variety of benches. These two pieces, in particular, are designed to be both comfortable as well as aesthetically pleasing, their dimensions being closely based on those of the classic Adirondack chair. The design of the chairs also employs two motifs that I have used frequently during the past decade: a band of waving grass-like slats, and a structural application of the curled volute similar to that found in the capitals of both Ionic and Corinthian columns. The chairs seem to be reminiscent of the Art Nouveau period, which fostered a love of organic forms and ornate architectural detail, as well as a deep respect for fine craftsmanship.