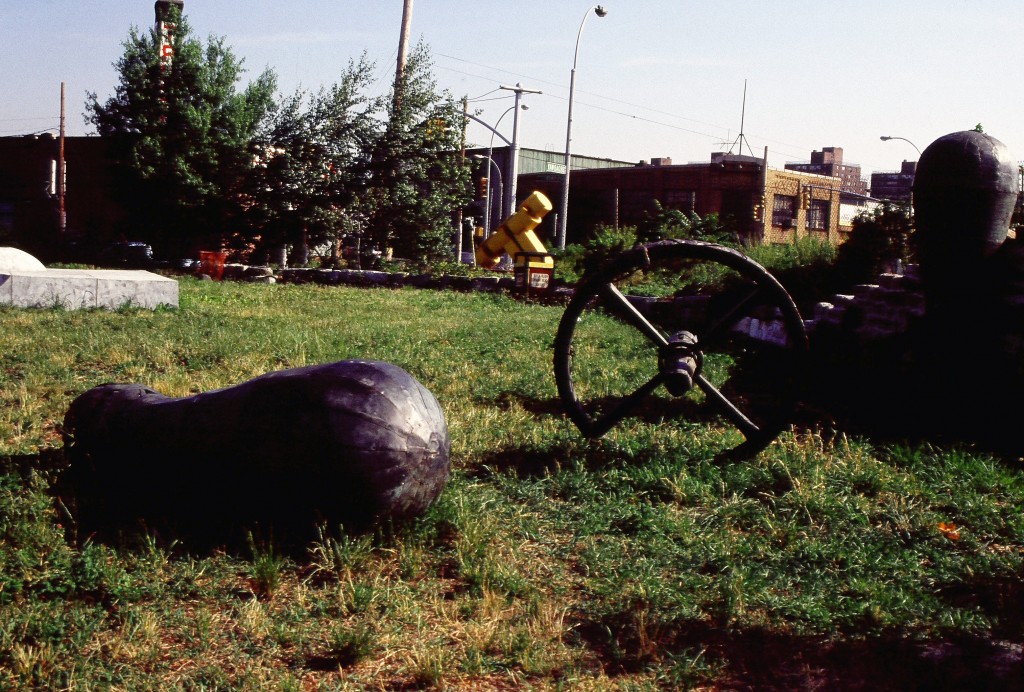 The forms in this piece originate from the early vessels used in the distillation of liquids in which the liquids pass in a continuum from one container to the other. In my piece, this continuity has been sundered by the image of a wheel, caught in a kind of “freeze-frame” of motion, stealing the vital linkage between the two forms. The piece as a whole reveals my interest in a cause and effect narrative between forms in which the viewer completes the “story.”