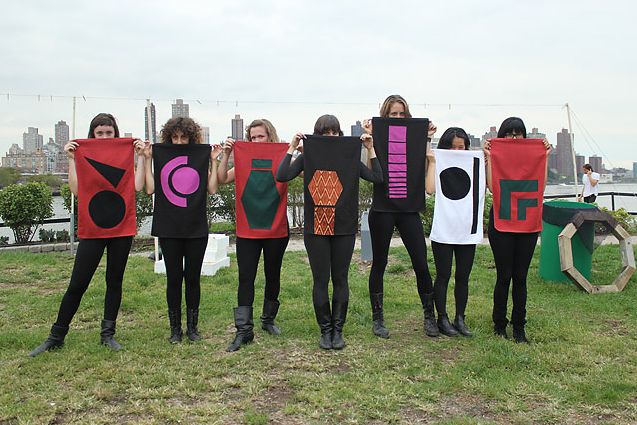 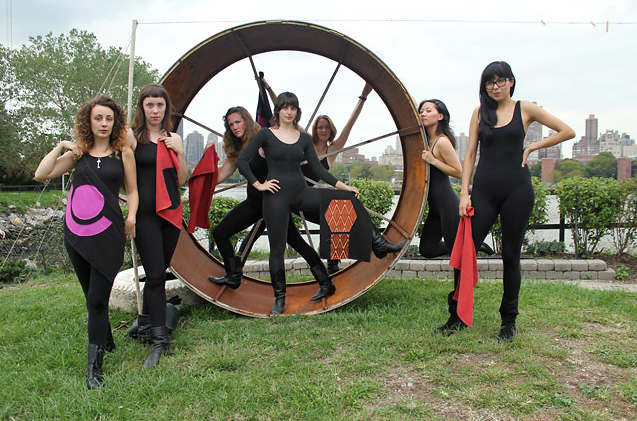 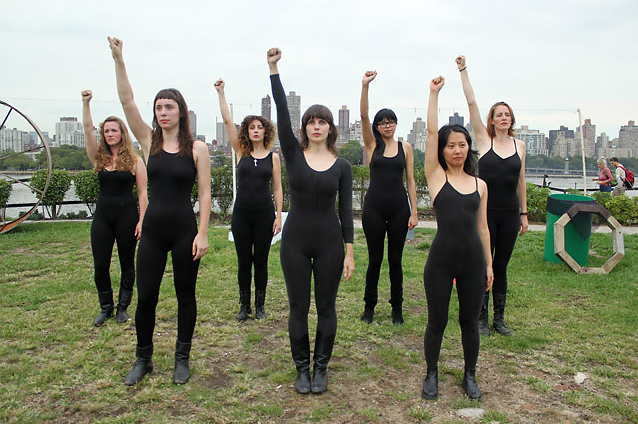 Magrey will present Protest Geometry – signs, shapes, songs, and gestures that address the balance of intention and investment, and expectation and result. Using as its starting point the Greenham Common Women’s Peace Camp Songbook, the performance addresses the romantic notions of protest and heroism and attempts to separate these notions from specific causes, instead focusing on their absence. The borrowed causes from the songbook and the mythology of the protest movement supplant the truly personal and resonant beliefs of each participant, which remain inarticu- late. Enacted by Christine Connor, Emily M. Harris, Anya Liftig, Lia Lowenthal, Erica Magrey, Rachael Morrison, Katie Urban, and Genevieve White.