Clear and 66° in Queens The background color of this website changes based on current sky conditions in New York City. 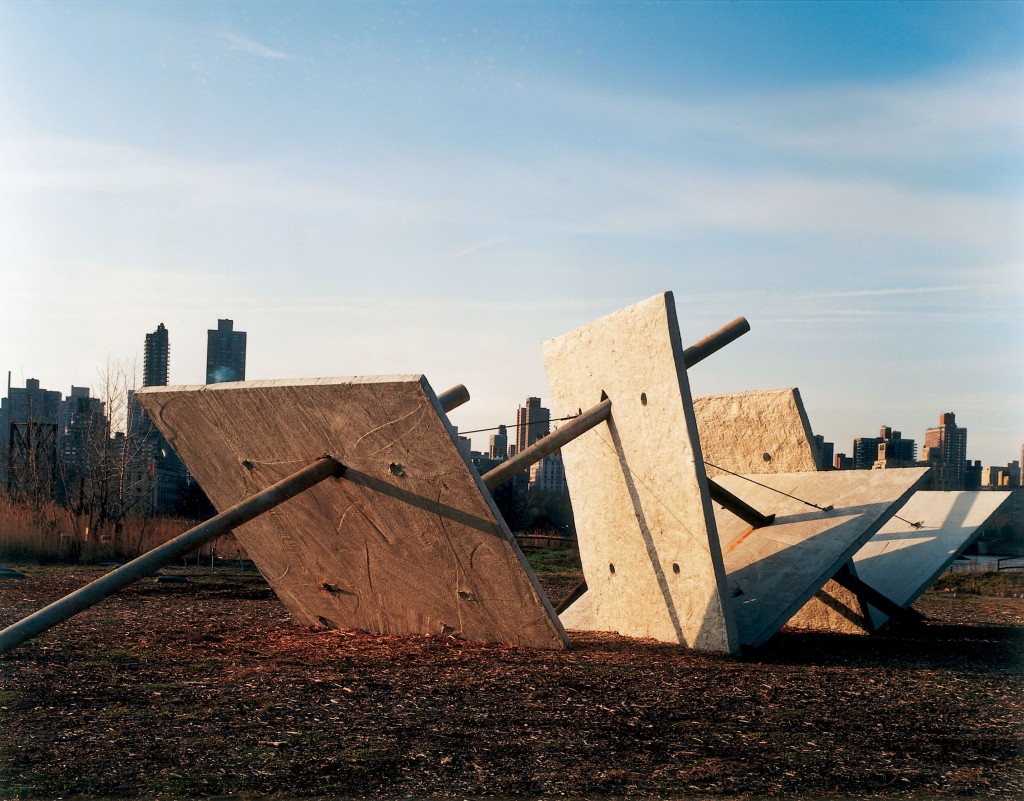 Huron is a work whose bones date back about 20 years. Some of the early examples were Federally funded and remain permanent public works. They were made of large steel plates and long wood beams. Although not a series in the tightly sequential sense, these works remain a family of sculptures based on the premise of actual weight and tension in play. Huron is by far the largest work of this series to date. There were stages in the building of Huron when it looked like a good idea, but would require far longer than the 3 days alloted for its composition. However, with Mark’s expertise at the crane’s helm and Enrico’s logistical genius, the seemingly impossible was accomplished on time for the opening. Having the Manhattan skyline as a visual reference is one of Socrates Sculpture Park’s greatest assets. That and the tremendous soul of art that my friend Mark di Suvero so generously lends to the making of art. As a forum for the exercise of pure idea, Socrates Sculpture Park has no equal.