Leilah Babirye (b. Kampala, Uganda in 1985; lives and works in New York, NY) received her BA from Makerere University in 2011. She can be described as an abstract sculptor and mainly works with metal, plastic, rubber, and wood. Her work focuses on LGBTQ rights in Uganda and the pain experienced by the community from the anti-homosexuality bill passed in the country. Art and activism is central in her artistic practice. 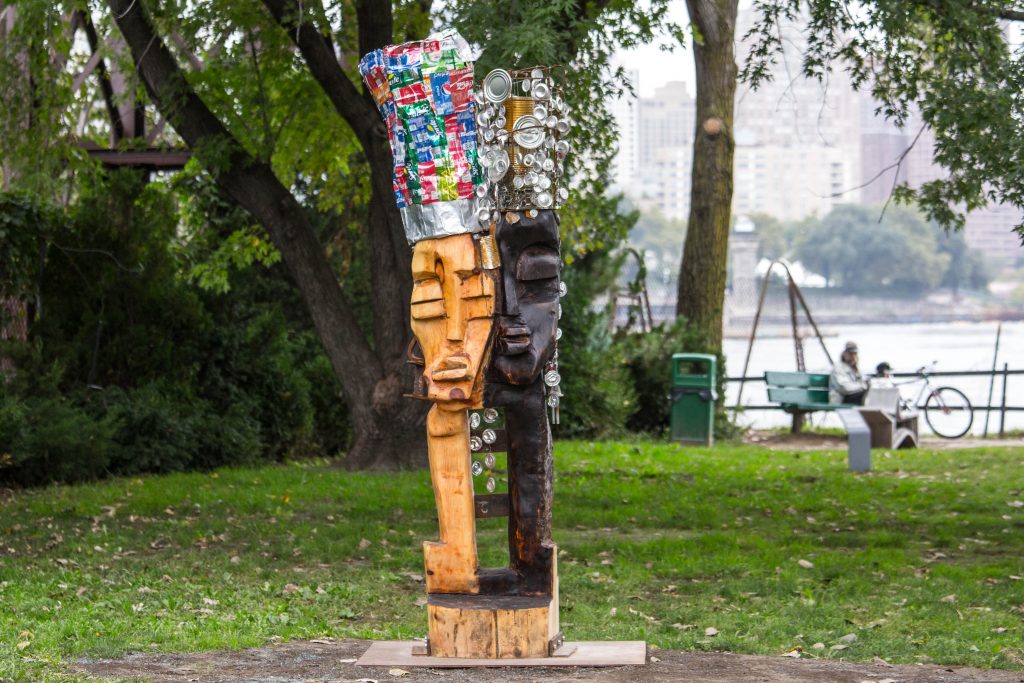 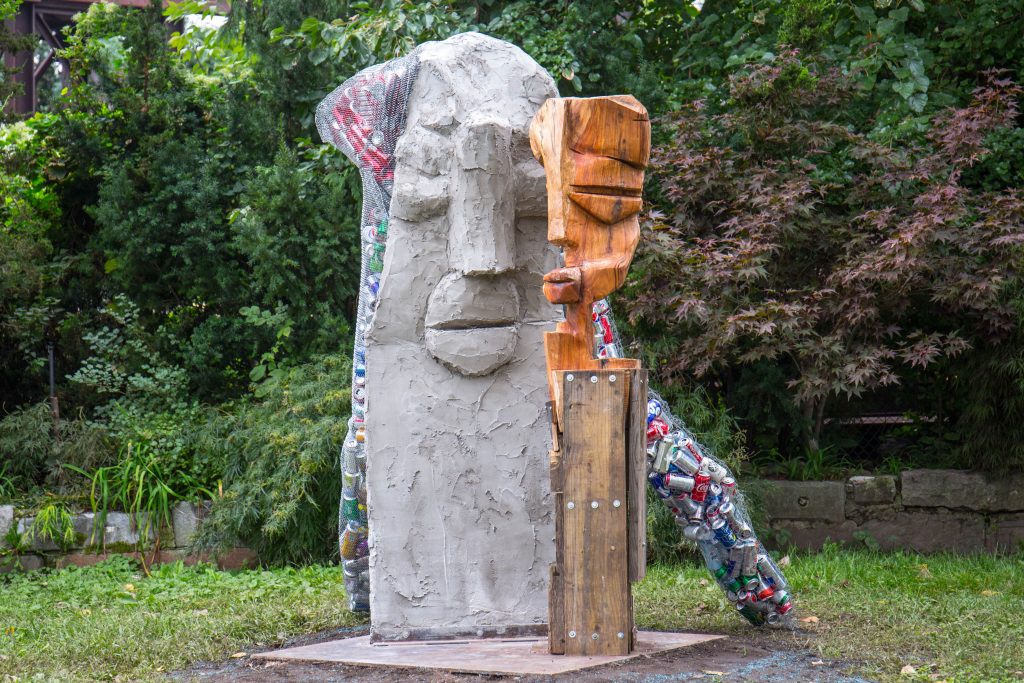 Carved with a chainsaw from a giant pine log, Leilah Babirye’s ‘Tuli Mukwano’ is a dual portrait of two figures existing outside the confines of gender binaries. The title, which translates to “We are in Love” in Swahili, stands as a call for the public recognition of LGBTQIA people persecuted throughout the world, from Babirye’s native Uganda to local communities within the United States.

Listen to Babirye speak about her project, ‘Tuli Mukwano’

Read about Babirye in Cultured Magazine–>