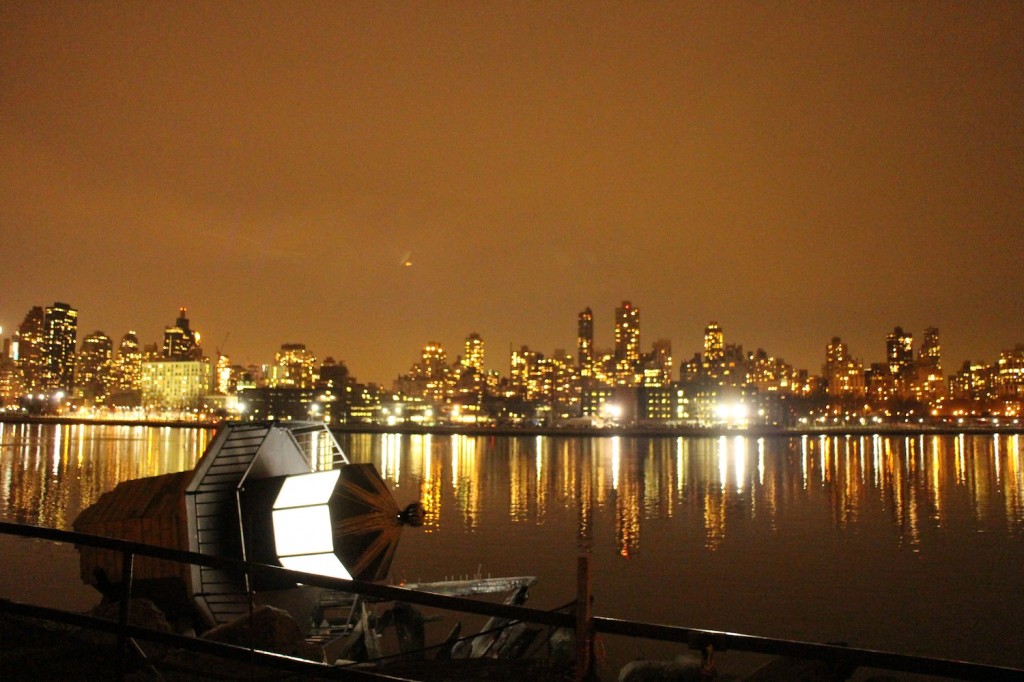 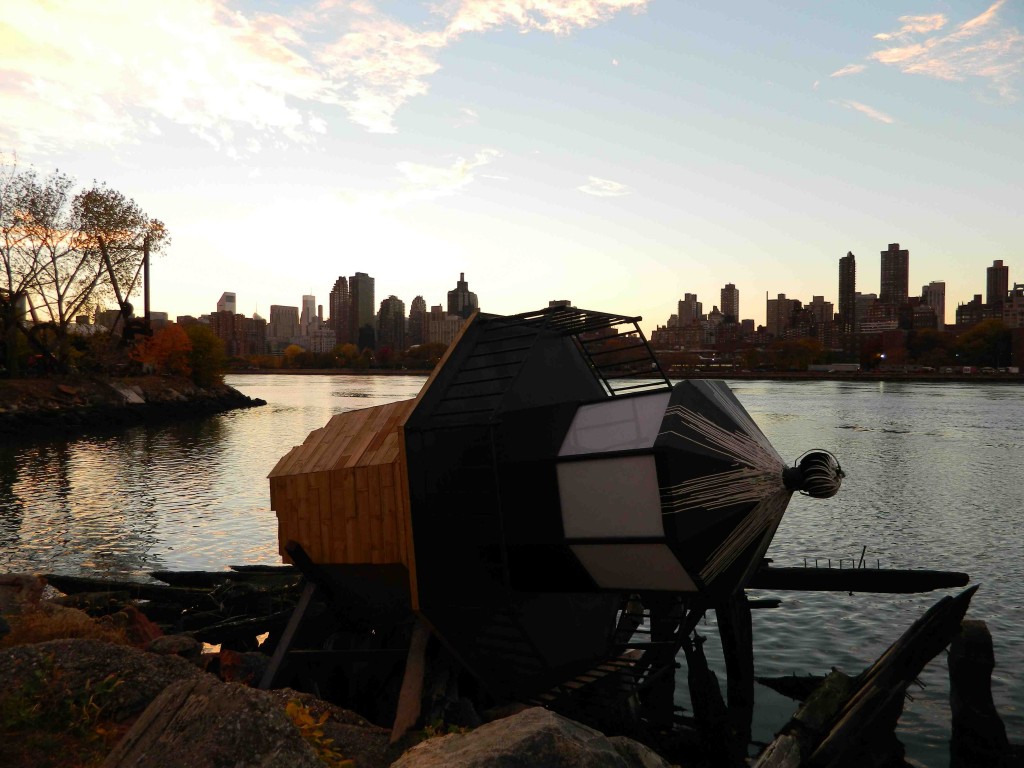 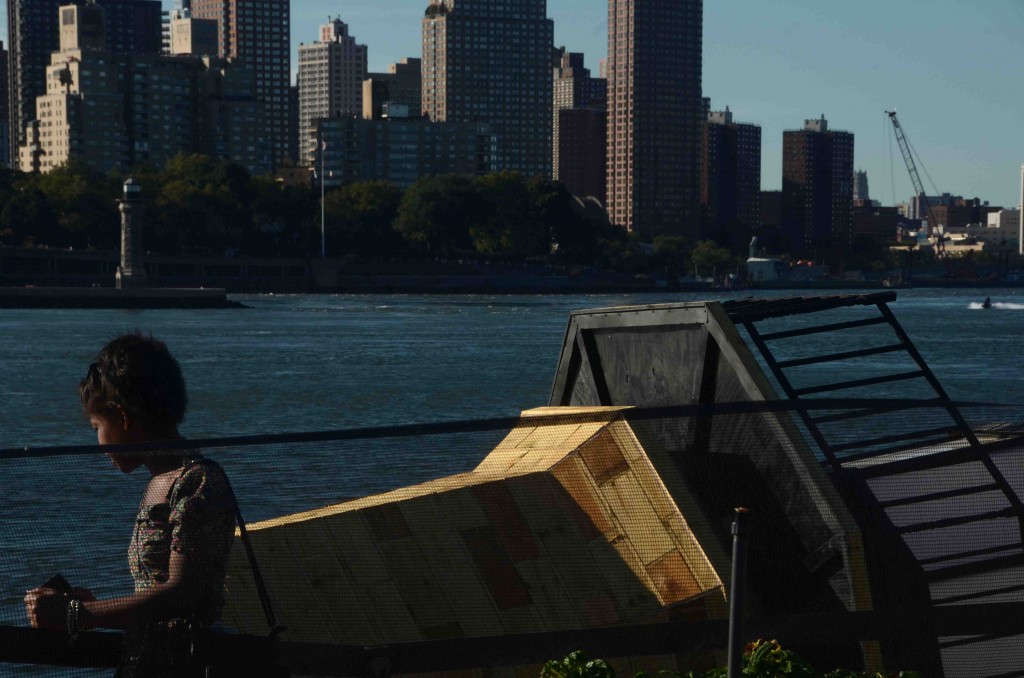 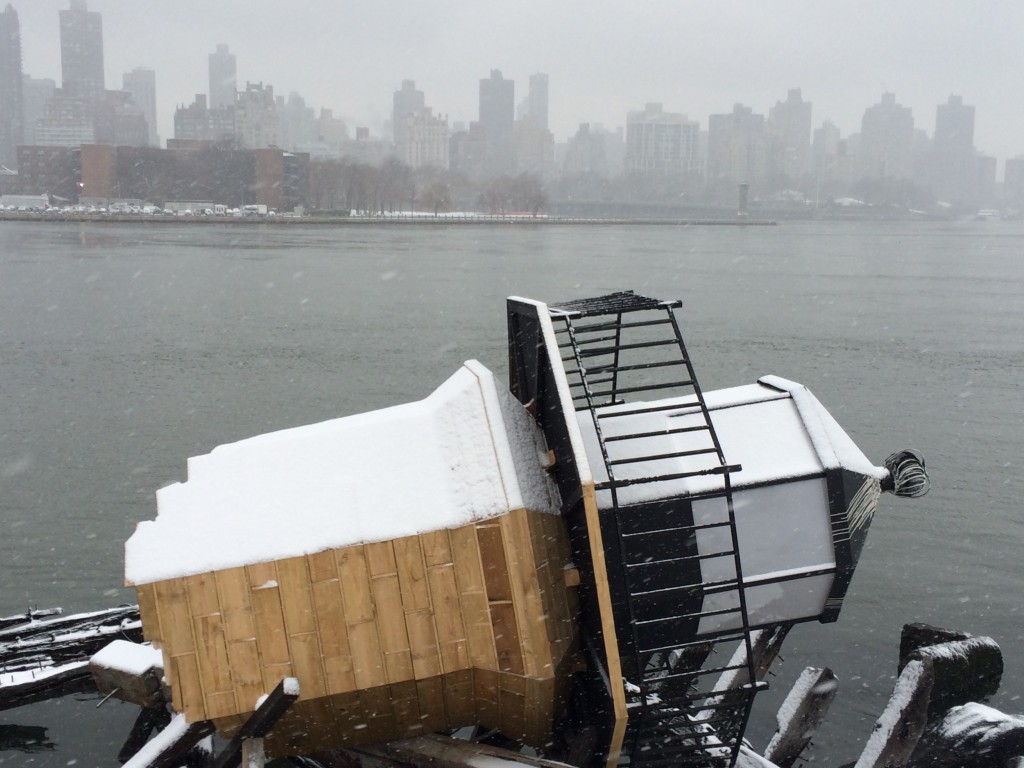 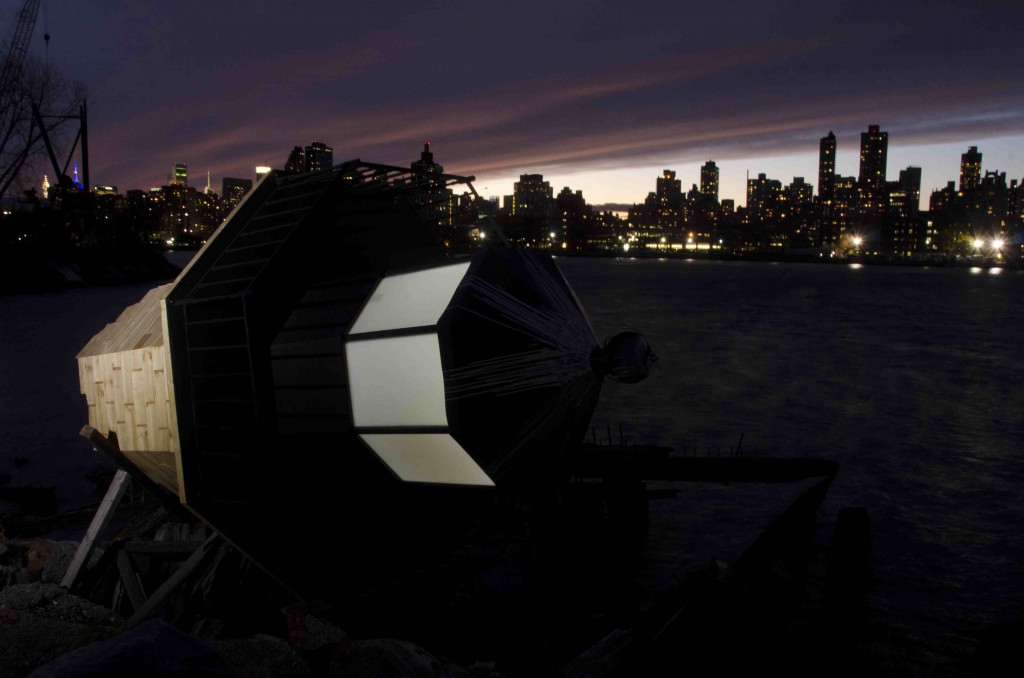 Text 718.473.9985 with anything you’ve left unsaid.
The beacon will flash your message at sunset.

One of us must have been sleeping, so I’ll tell you again tonight is an interactive recreation of the lantern room of the Blackwell Beacon (situated directly across the river from Socrates on the northern point of Roosevelt Island).

McQueen’s beacon, however, is more ghost than lodestar, seemingly crashed onto the park’s shoreline. Its fallen state is a sad tribute to the lighthouse it faces, which is itself a vestigial monument to a more analog moment in our industrial history.

With this in mind, McQueen has assigned a different, more poetic, function to his collapsed lighthouse and calls upon viewers to text a message that “was left unsaid” to (718) 473-9985. At sunset, the sculpture receives and then translates the text messages into Morse code and, using light projected from its beacon, broadcasts these messages to its sister lighthouse and to the world at large.

WATCH A VIDEO OF THIS HAPPENING

In this way, McQueen’s ghost of a lighthouse lets us speak to our own ghosts. Blackwell’s Beacon remains dark and silent, probably ignorant of the apologies, eulogies, whispers, and rumors that flash across the river… but there is a chance that the Blackwell Beacon sees these flickers and that chance dispels the regret and releases us to pursue the future.