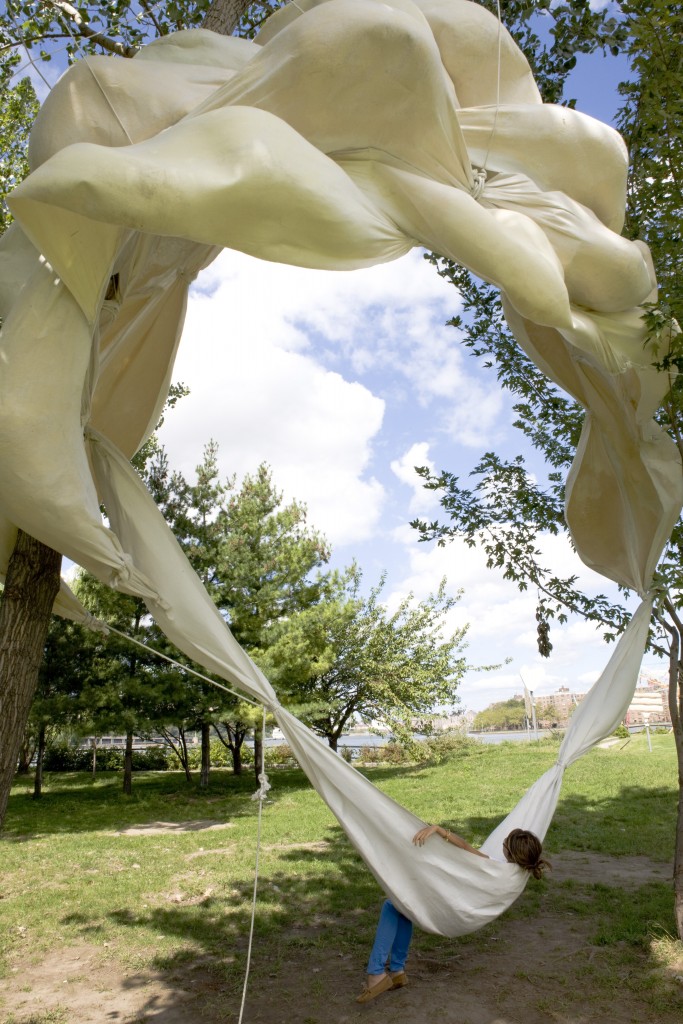 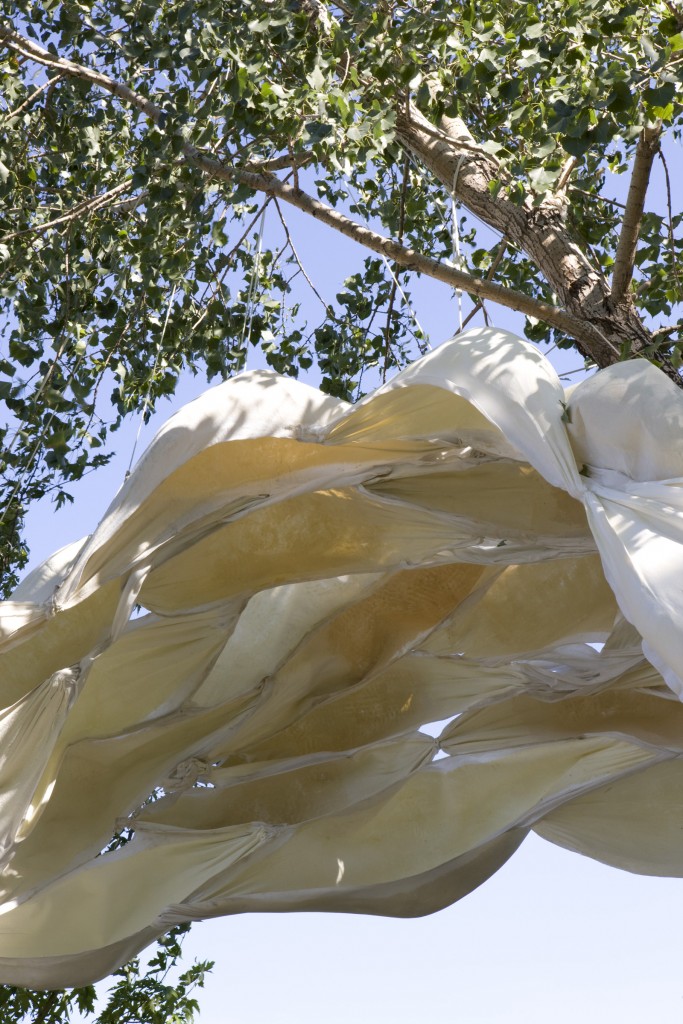 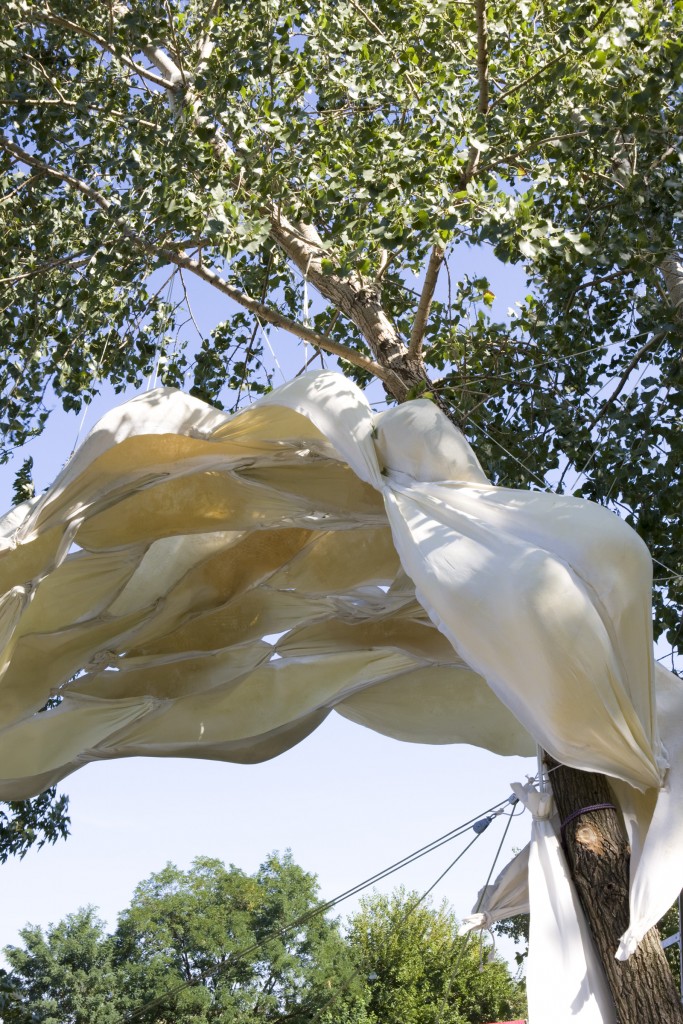 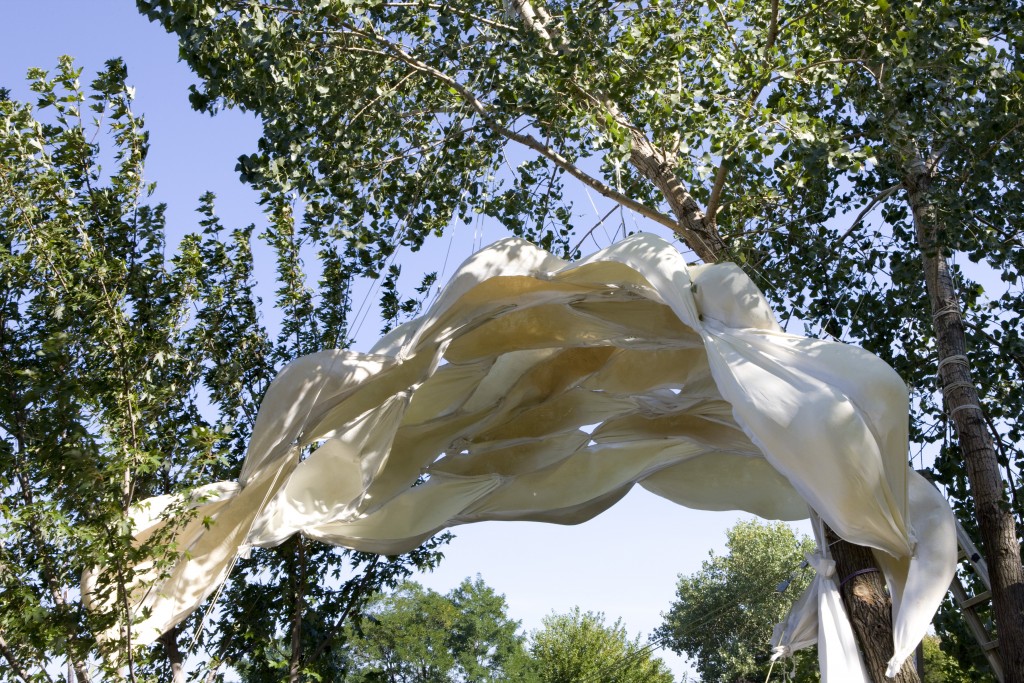 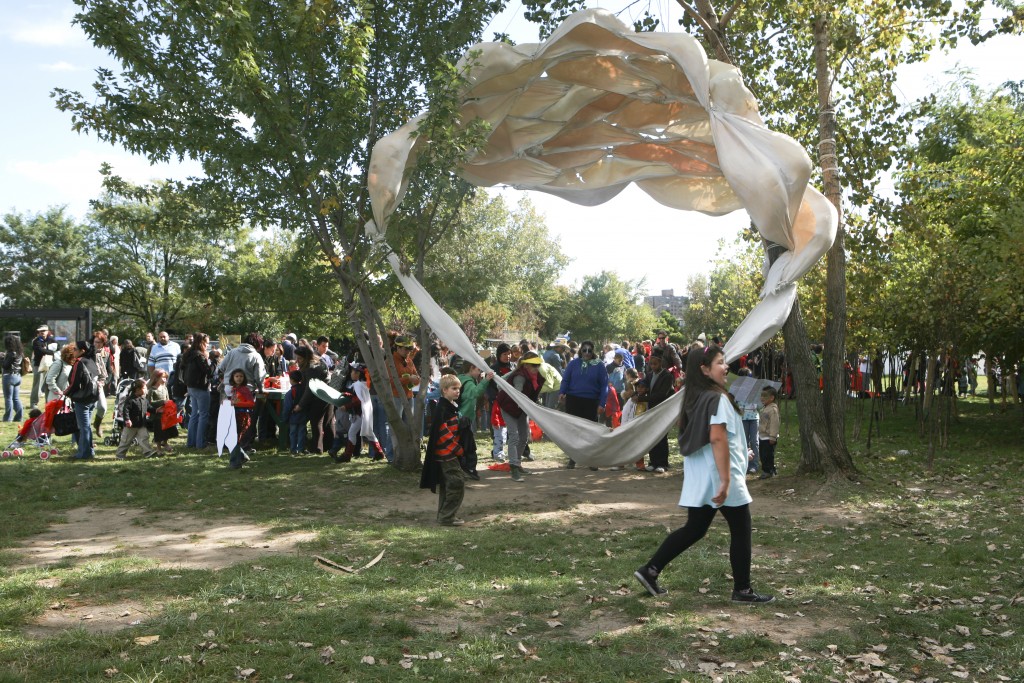 Using his embossed drawings as inspiration, Berens sought to recreate his imagery in three dimensions. Volunteers were asked to sit in a spandex hammock while molds of their figures were formed using polyester felt. The forms were then heated with a steamer and covered with epoxy resin. The resulting concave shapes were attached together and installed in the foliage, five hammocks deep at the highest point, evoking the image of a parachute resting in the trees.