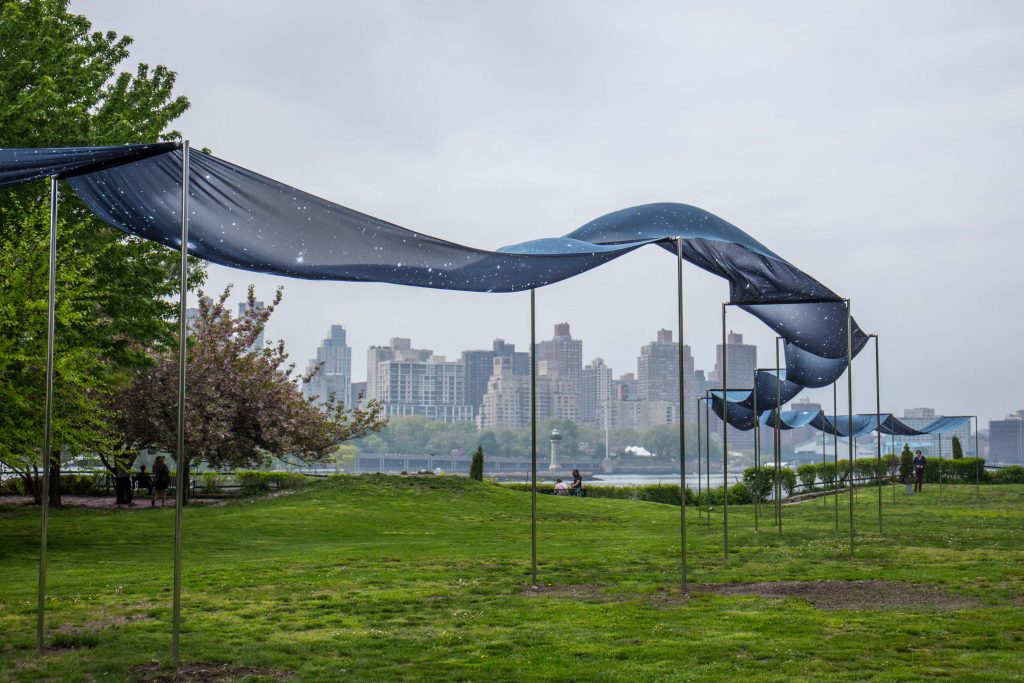 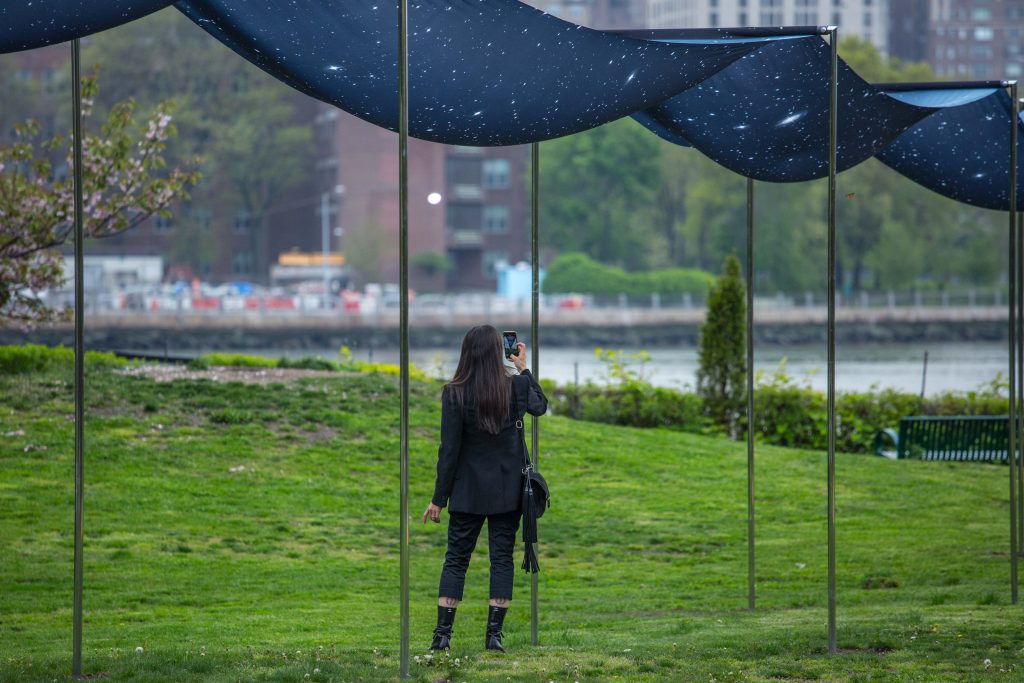 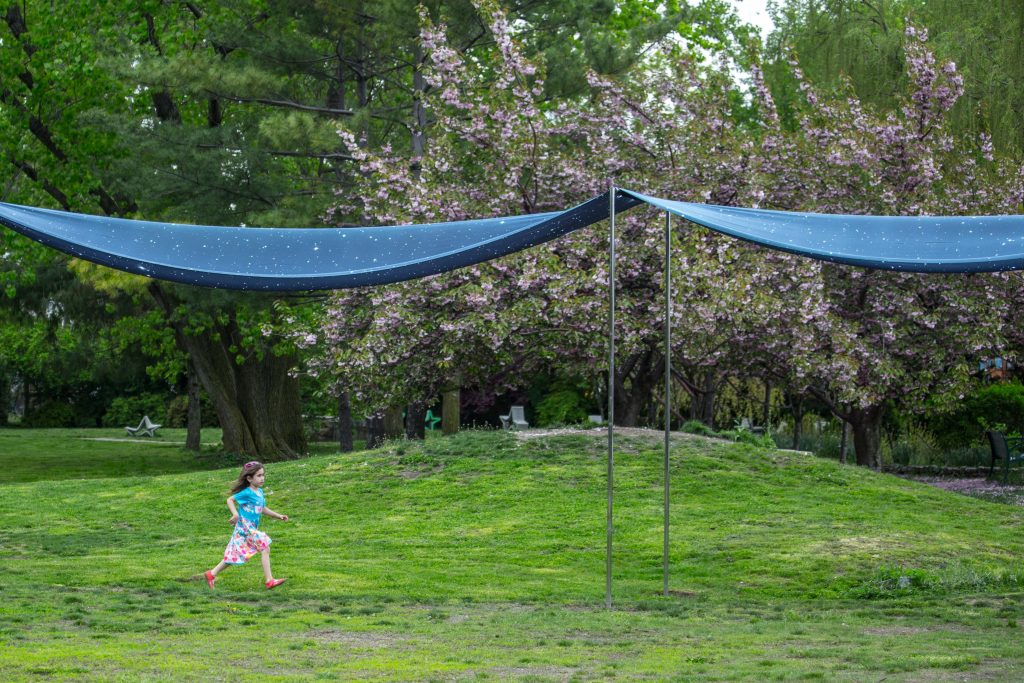 Meandering through the park, Ando’s textile banner 銀河 Ginga (Silver River) embodies the Japanese word for galaxy, reflecting the relationship between the natural and human-imagined ordering of the world. The piece connects two phenomena associated with time: the flowing water of a river and the movement of the stars. Ginga also suggests the myth that inspires the Japanese summer Star Festival, Tanabata. In the legend, the Sky King becomes frustrated when his daughter, the Weaver Princess, is distracted from her weaving by her beau the Cow Herder. In reaction, the Sky King separates the lovers, putting the Silver River (the Milky Way) between them. The rainy season’s storms signify her tears. The sympathetic magpies build a bridge across the sky allowing the lovers (represented by the stars Vega and Altair) to reunite once a year. This day on the 7th day of the 7th month is known throughout Japan as the day wishes come true. The festival marks this meeting, and Ando’s shimmering textile celebrates this celestial journey and tracking of seasons.