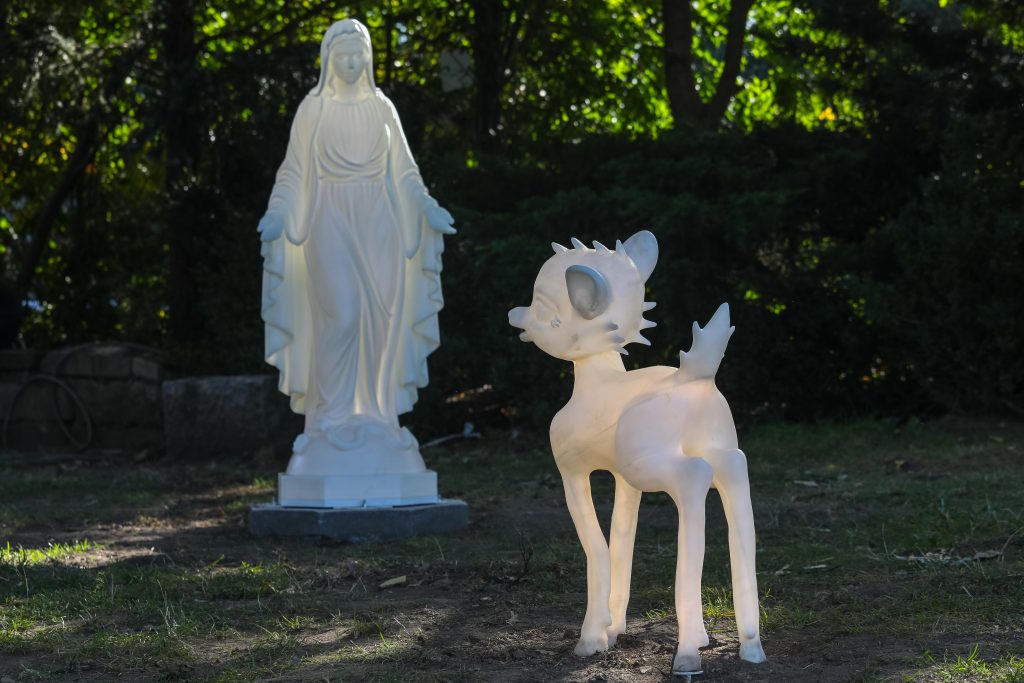 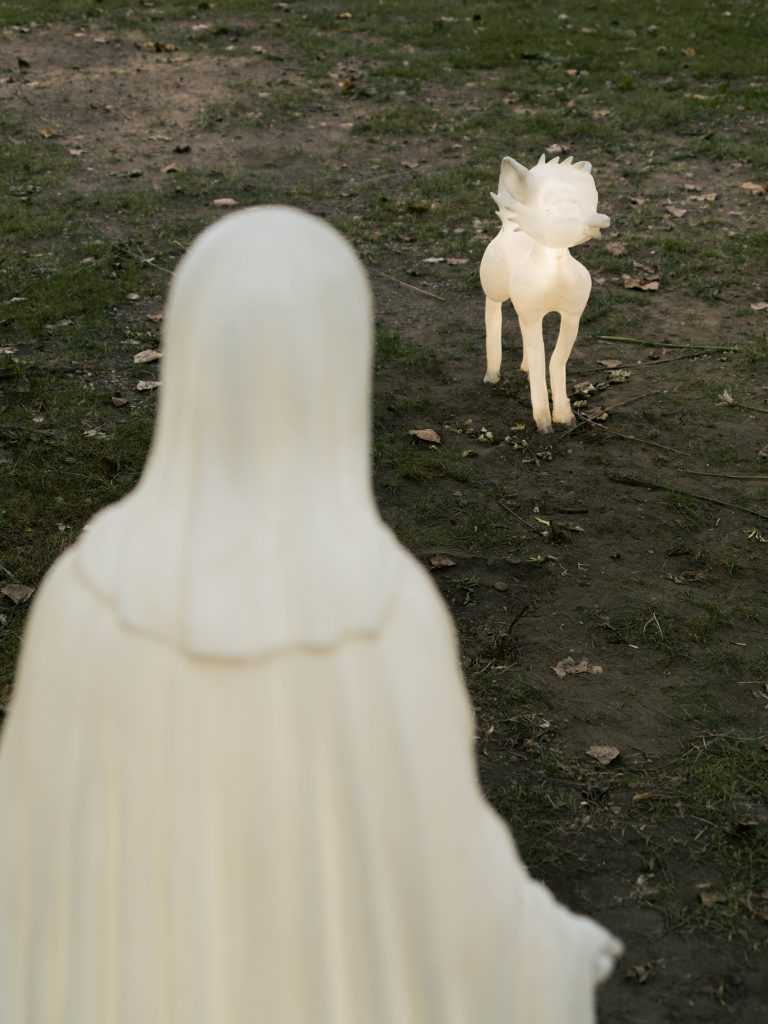 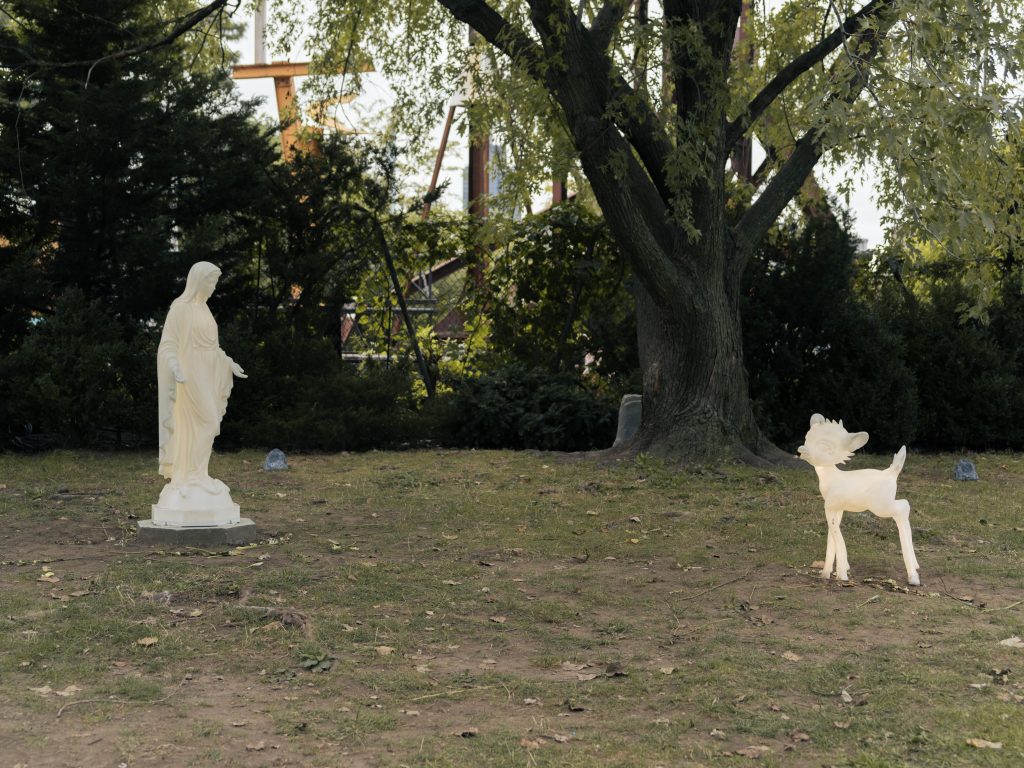 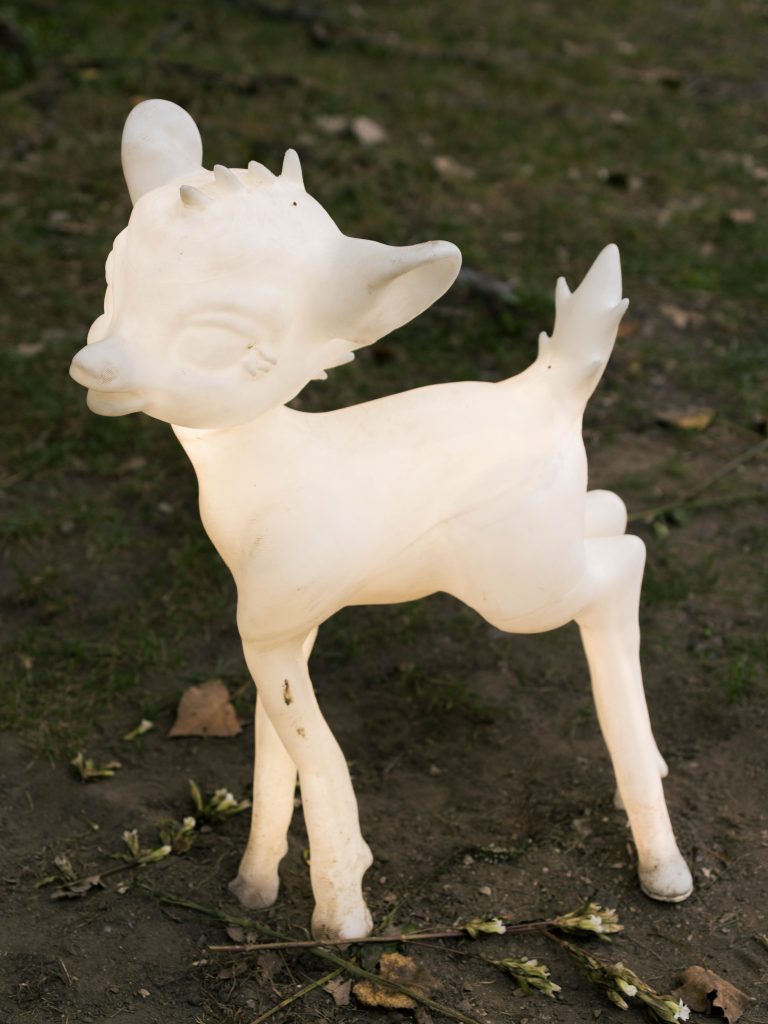 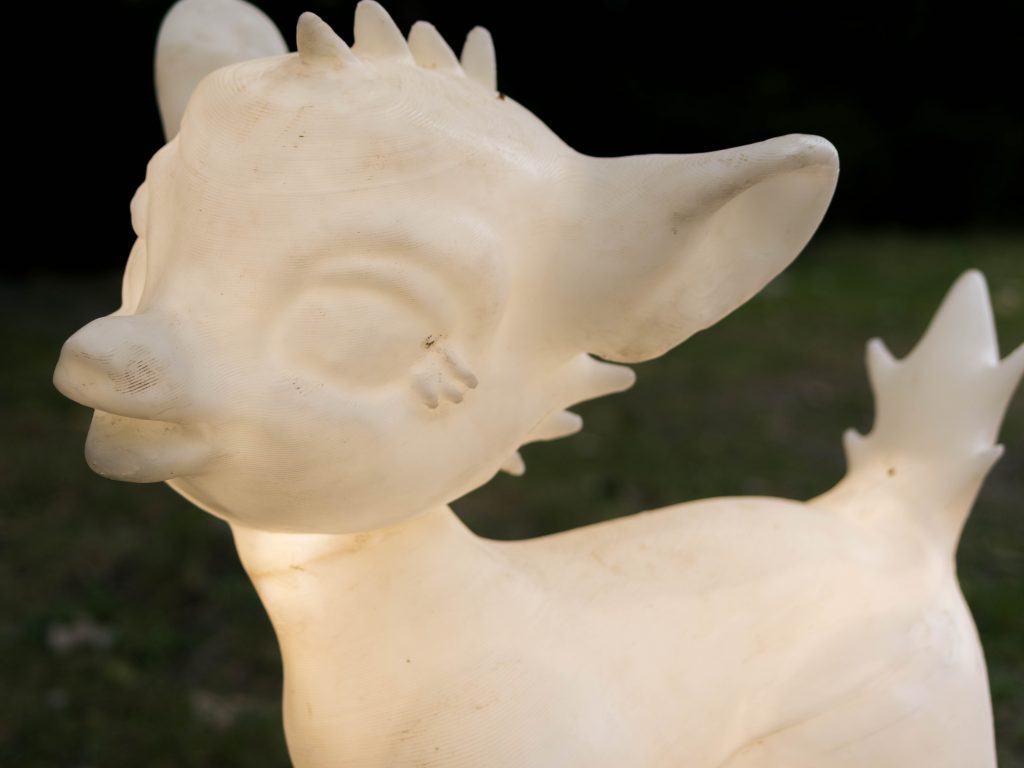 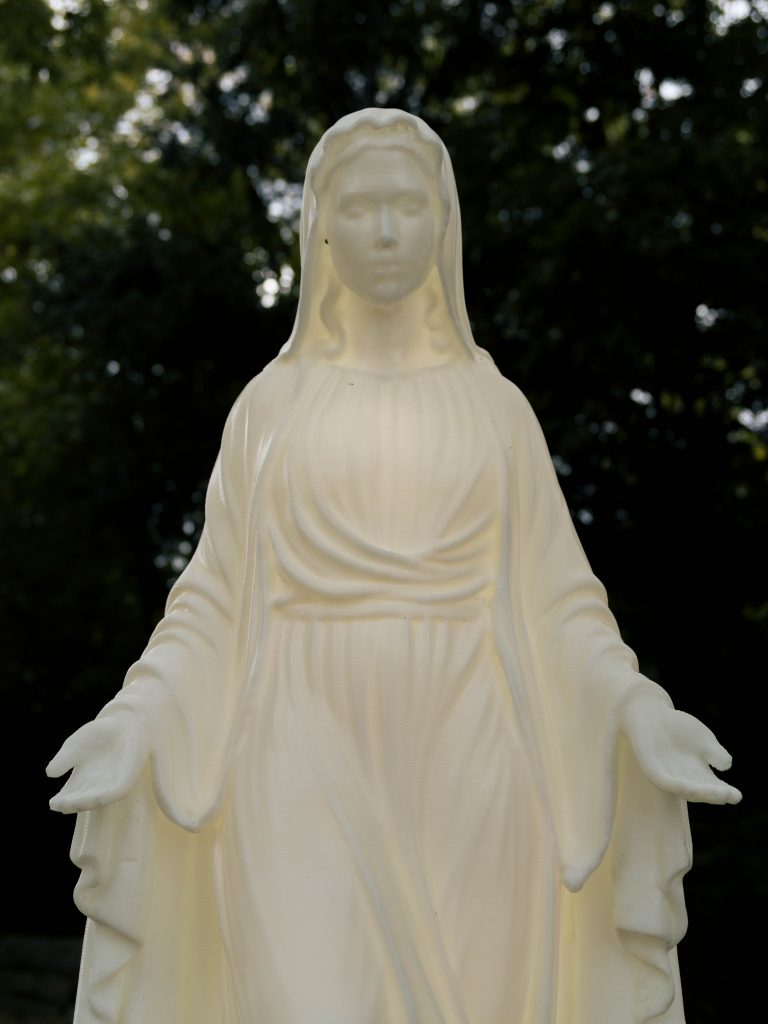 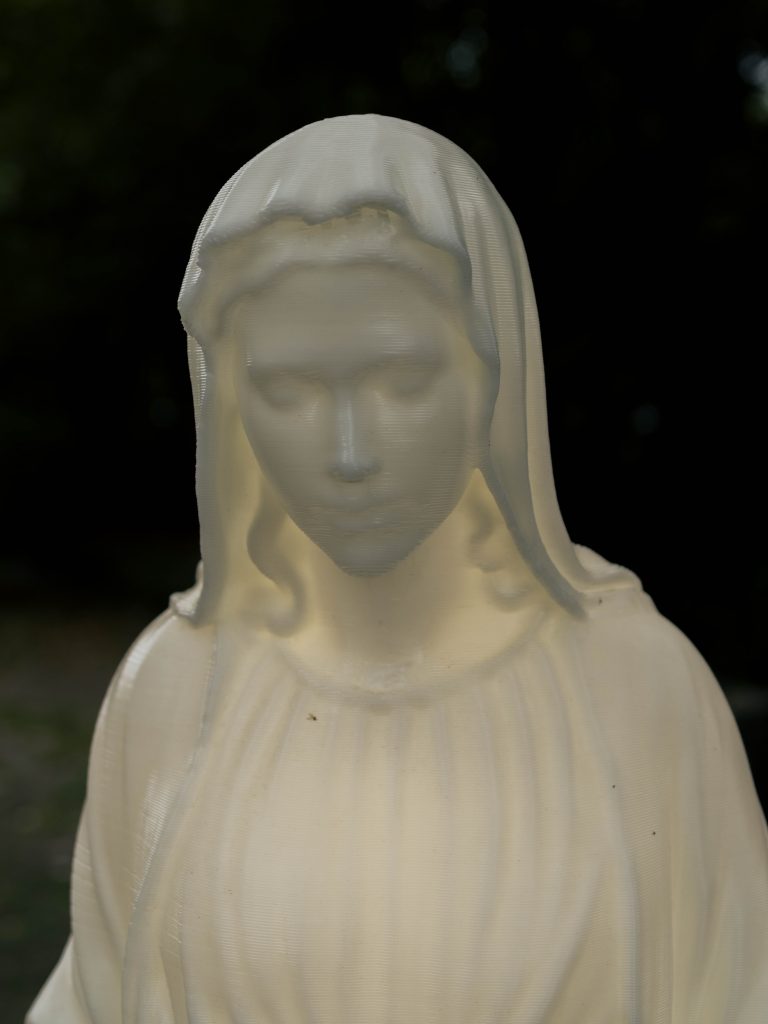 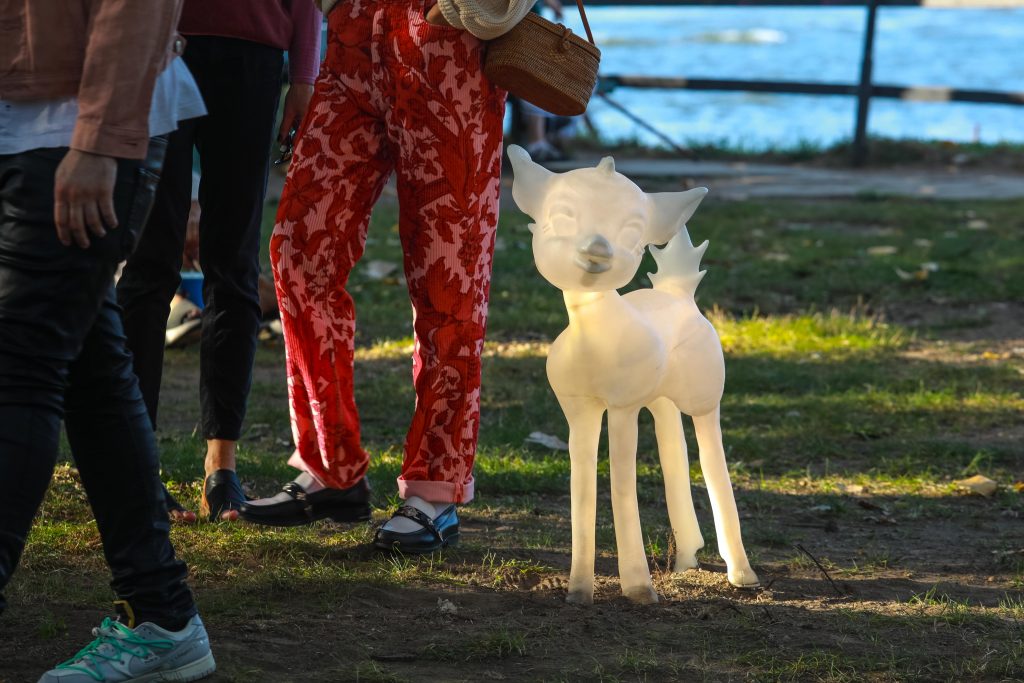 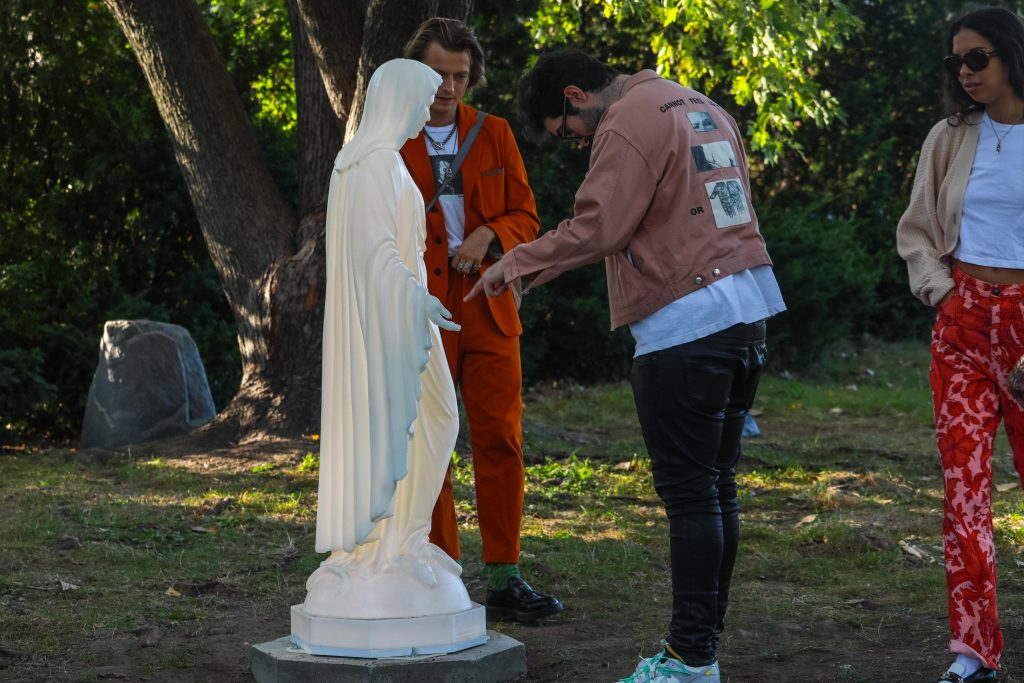 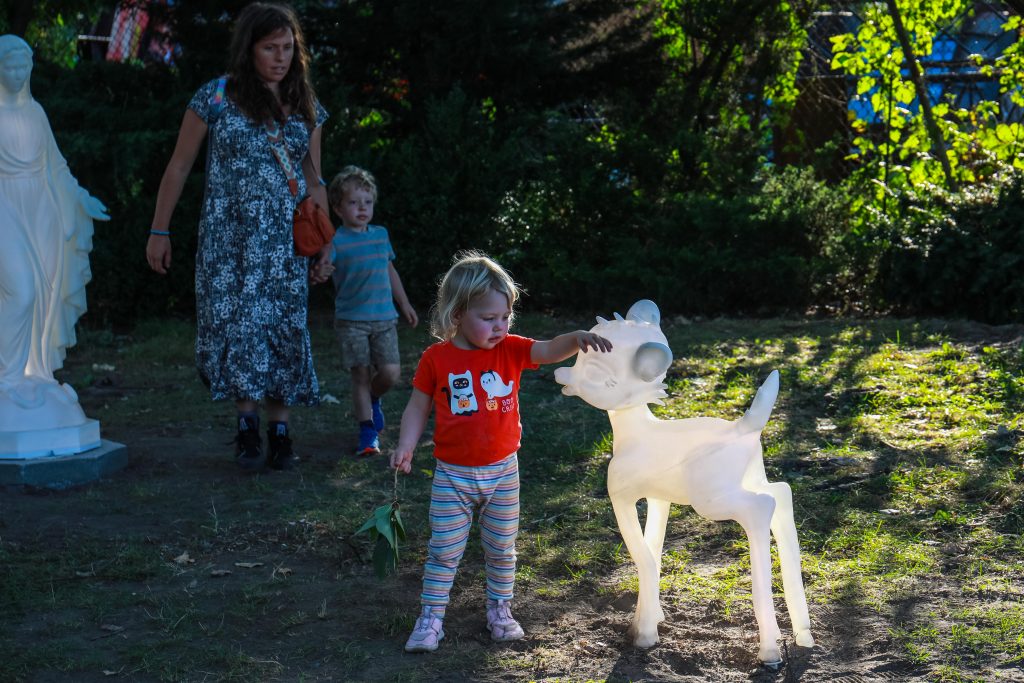 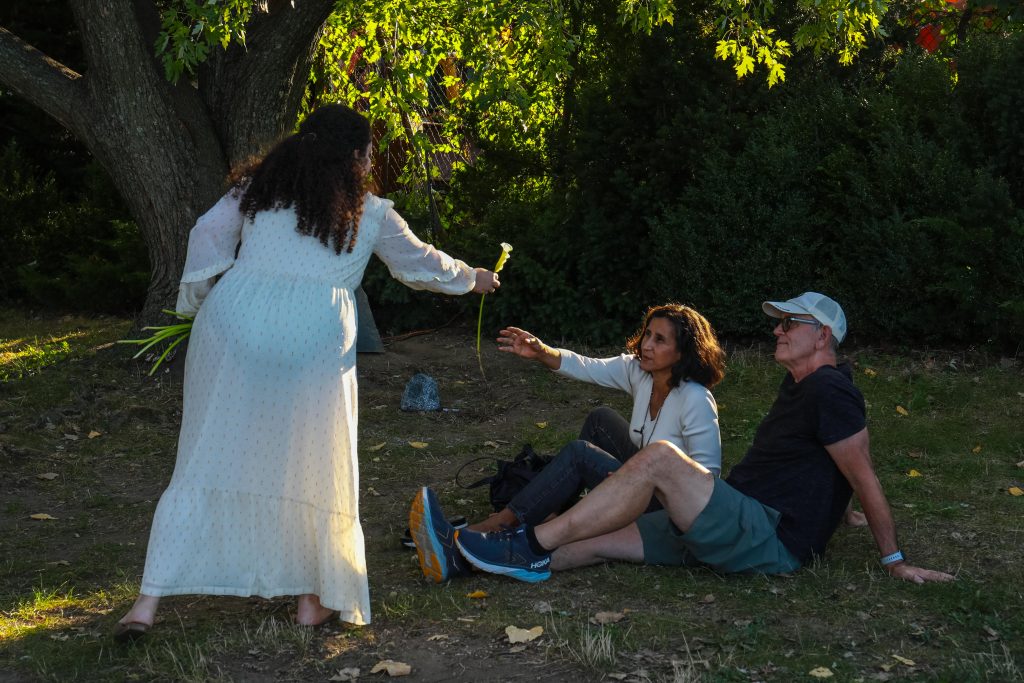 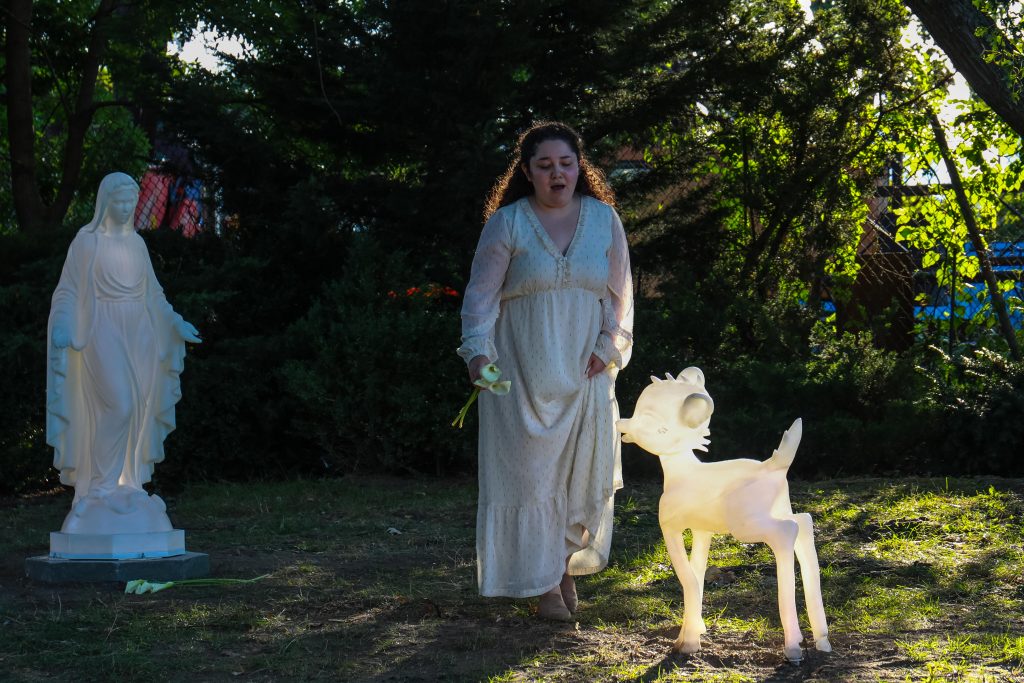 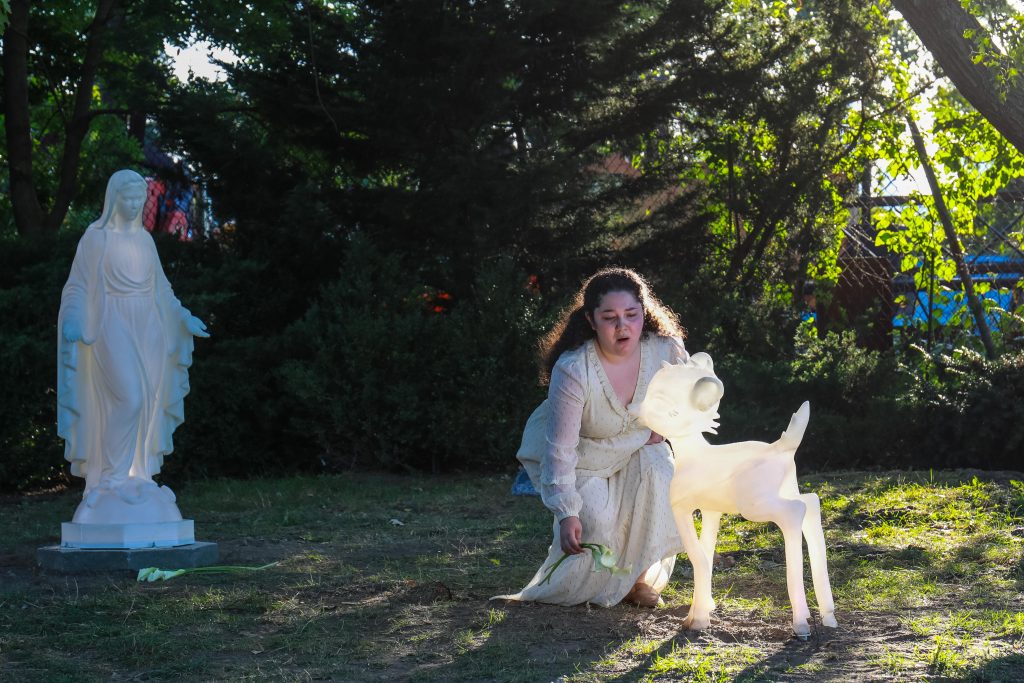 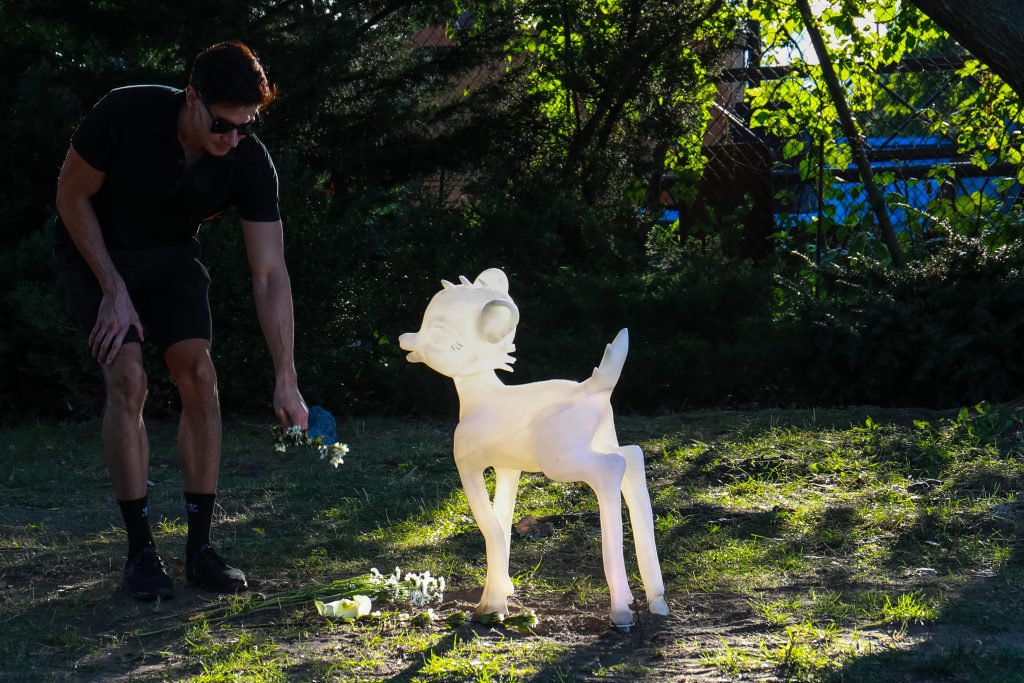 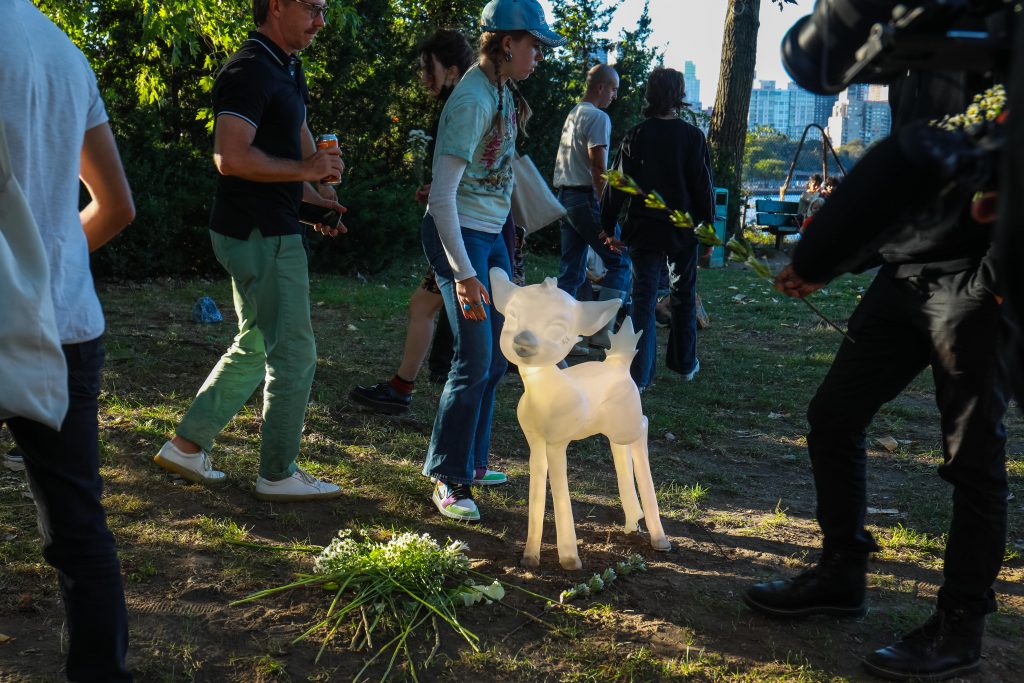 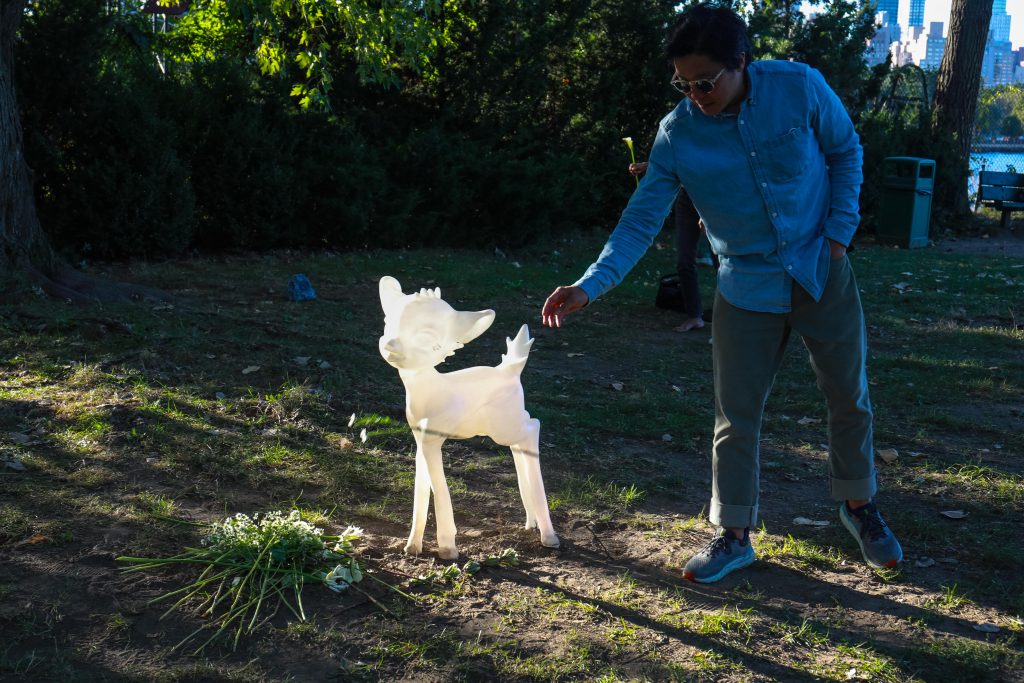 MZ.19 is a new performative sculptural installation consisting of two glowing 3D-printed statues, one of the Virgin Mary and one of the deer Bambi from the 1942 Disney film. Named after the charm which produces silver protective guardians from the Harry Potter series and connected to George Floyd’s last plea for his mother, the figures are memorials intended to create a sanctuary born of light. Zohore commissioned composer Joshua Coyne to develop a competitive score to accompany the works and become the site for a discrete musical performance of Conyne’s Visions of Mary. Catch the artist’s performance Lights Light during the exhibition opening on October 2nd.

Image by Yassine El Mansouri, Courtesy of the Artist and Palo Gallery.

Monsieur Zohore (b. 1993, Potomac, MD) is an Ivorian-American artist based in New York and Baltimore. His practice is invested in the consumption and digestion of culture through the conflation of domestic quotidian labor with art production. Through performance, sculpture, installation and theater, his practices explore queer histories alongside his Ivorian-American heritage through a multi-faceted lens of humor, economics, art history, and labor.

Joshua M. Coyne is a composer, dramatist, and sound artist whose work focuses on black and queer expressions of folk, concert, theatrical, and religious traditions. His art seeks to reconcile his western classical training with African-American musical styles.

Born in the projects of Kansas City, Coyne was adopted at a young age, and raised by a middle class white family. There, he was trained in violin, piano, and composition.

Coyne began composing and performing as a child. This allowed him to be noticed and mentored by top musicians, composers, and conductors. This eventually led him to study at top conservatories, and elite institutions including the Manhattan School of Music, Peabody Conservatory, and the National Symphony Orchestra. His exposure to musical excellence opened his mind to a wide range of genres, and performance practices.

Coyne’s work combines orchestral, operatic, and theatrical techniques with those associated with recorded music, aleatoric performance, and sound-art. He frequently employs found sounds, improvisation, ambient noise, and loops to create his unique sound. He also collaborates with artists and practitioners of other disciplines from the worlds of visual art, performance art, dance, and film.