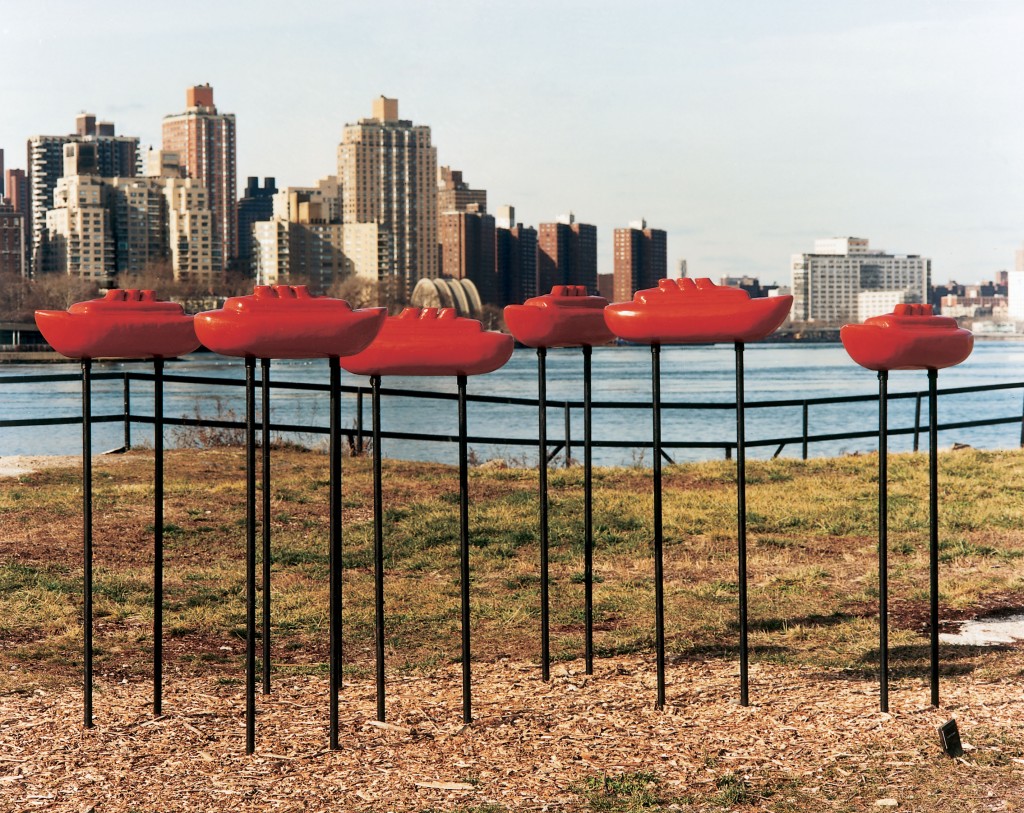 When my children were young, they played with bathtub toy ships, not unlike the ones in my 1978 cast plaster piece Liners. Since this first encounter almost fourteen years ago, ship images have appeared in a number of my sculptures. In October of 1989 I had the opportunity to assist Elaine Lorenz with the construction of her work at Socrates. Out of this experience came the notion that I could create a piece uniquely suited to the Park. The content of the Socrates Liners is represented in images from childhood. The ships float and bob in a whimsical world transformed by the fantasy of child’s play. The ships’ placement is intended to incorporate their out of scale, toy-like forms with the nearby East River and the distant Manhattan skyline. I would like to thank Sara Pasti for her early support of this project.