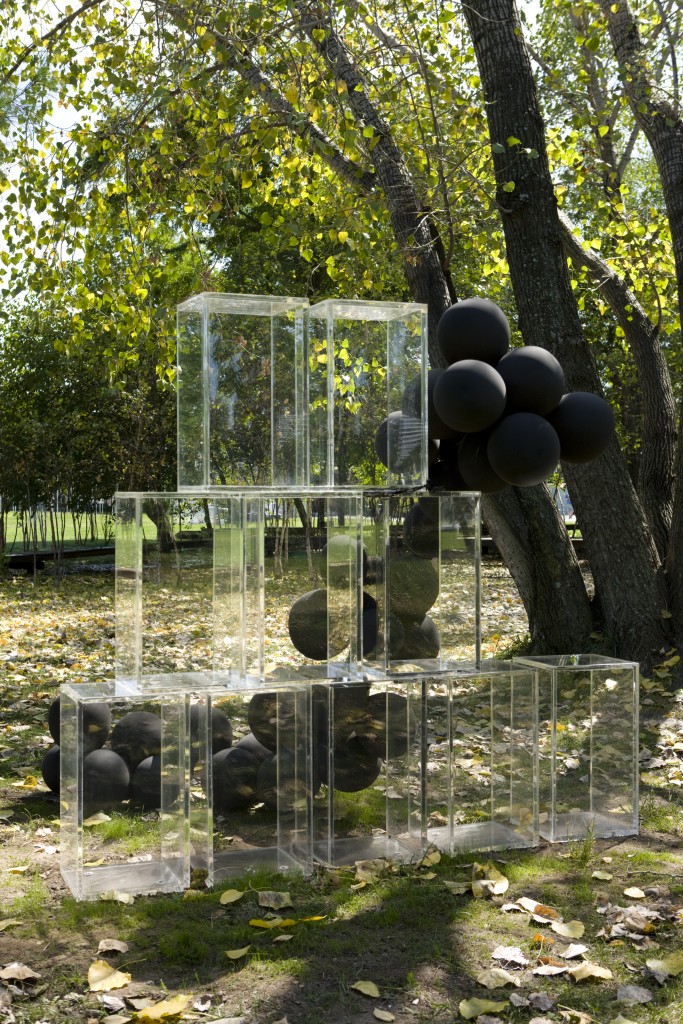 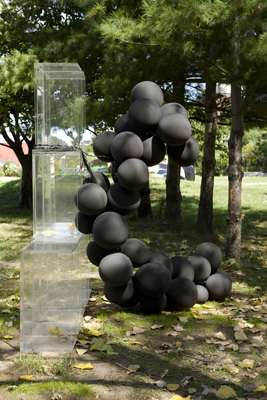 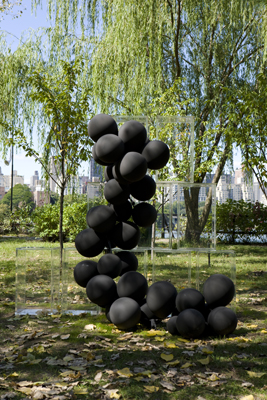 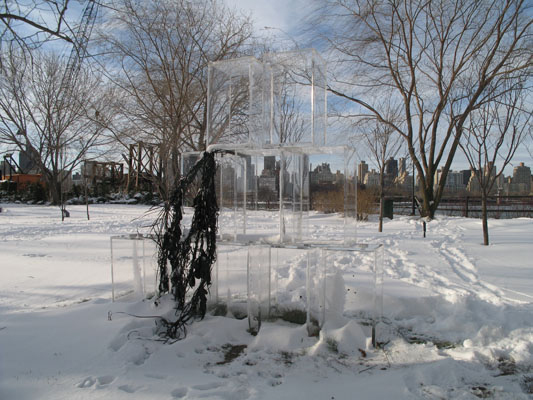 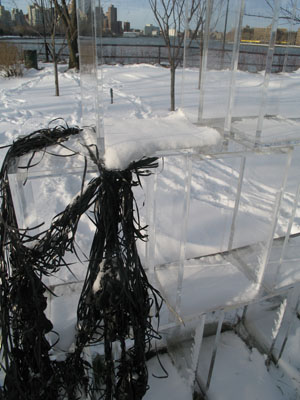 Ten 5-sided Plexiglas cubes stacked to form a pyramid.  One side of this wall is open to reveal cavities./ Balloons will be added to the piece weekly.  Some may fly away or become misplaced.  There will be an accumulation of balloons in the air and on the ground./The Plexiglas boxes are modeled after my parents’ speakers from the 70’s.  The shape says “sound” to me.  I became interested in sound and how it permeates a living space when my son was born.  There was sound now that I could not control.  The stack of speakers represented the sound of sheer terror as my son was waking up from countless nightmares.  As he has gotten older the nightmares have subsided and the sound has been reduced in our dwelling.  While vacationing this summer we slept in the same room as our son.  To our surprise he giggled and laughed often in his sleep.  The sound of the speaker now represents the connection of mind and mouth.   The possibilities and the joy, the things I cannot see.  For this reason, the tower of speakers are clear, allowing all possibilities and at the same time disappearing among everything. /The balloons are an important component of my process.  I like to place balloons near or among sculpture to assure people of the event taking place.  It is like an exclamation point.  I believe the cycle of the balloon is a wondrous thing.  So high and when it begins to fall, there is a span of an hour where the balloon can’t make up its mind if it will stay high or fall.  It begins to travel.  The act of gardening in the piece, is very important.  I want to keep it growing without weeding it.  To in a sense show life and death and the space in between those events.