Mostly sunny and 82° in Queens

Mostly sunny and 82° in Queens The background color of this website changes based on current sky conditions in New York City. 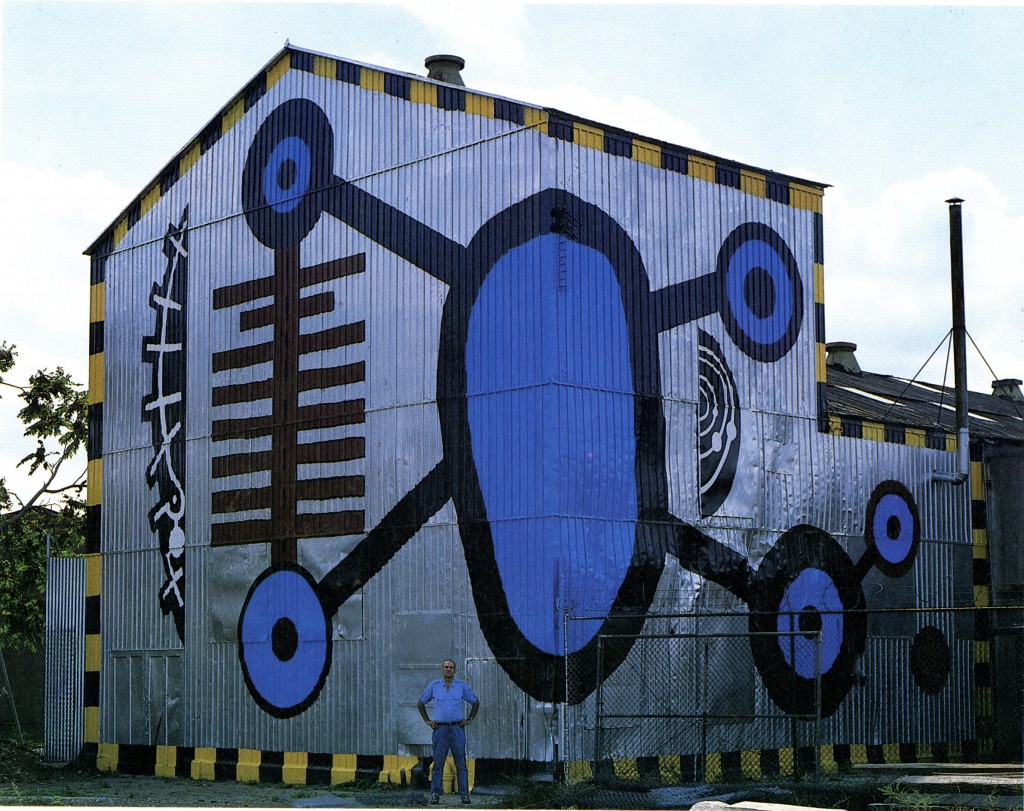 The mural “Perceiving Space” is a visual gift. It is about the thrill of being aware of oneself in physical space. I always believed this was the wonder in which sculpture played.

The image was drawn on the site looking at the blank wall. Enrico asked, “What do you want to prime the wall with?” I said, “Paint it silver,” and at that moment new spatial and metaphysical implications opened for me. All of the painting and prints I have made in 1987 grew out of this mural. It became a universal talisman of positive energy — a simple truth I accepted about the uplifting experience of spatial relationships.

Visualize two 50-foot scaffolds with six human energy balls running up and down them with brushes and cans of paint. That’s how the people who helped paint the wall collaborated. It was a priviledge to experience the humanity of muralmaking. Visual success was brought about by a collective sharing of an earthbound idea in an attempt to transmit the sensation of boundlessness. park. 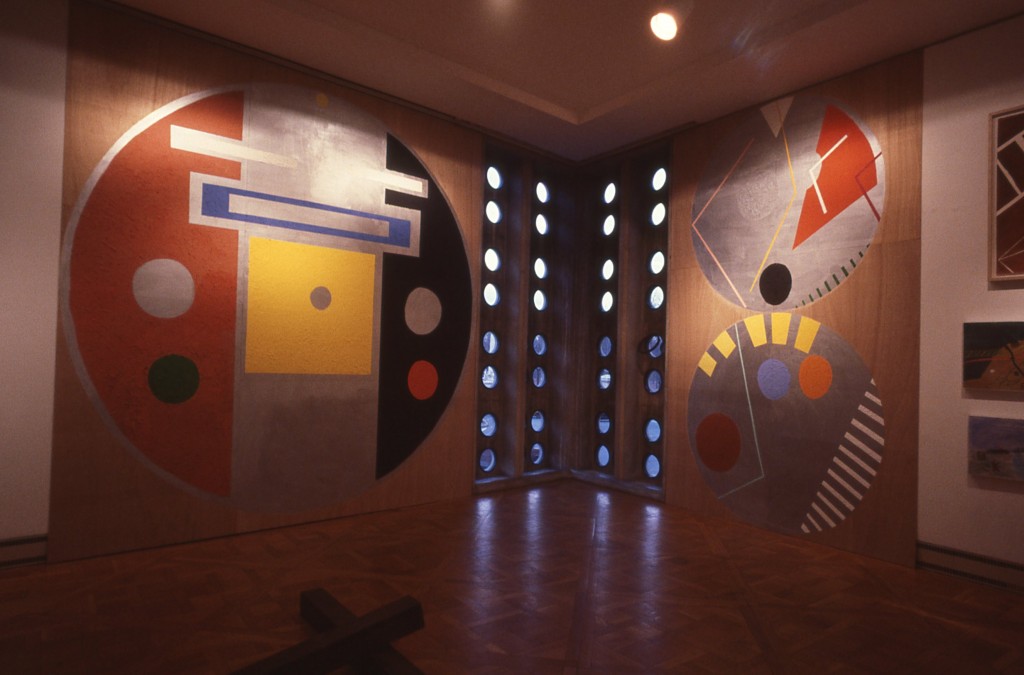