Mostly sunny and 34° in Queens

Mostly sunny and 34° in Queens The background color of this website changes based on current sky conditions in New York City. 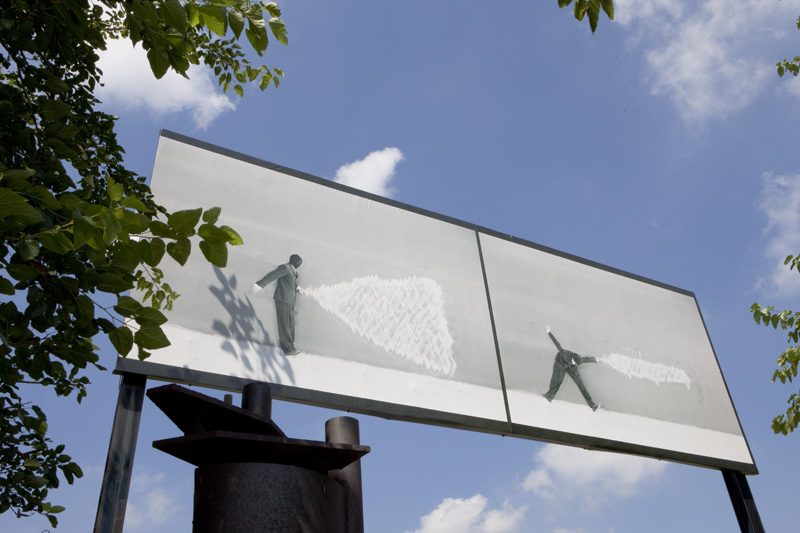 Promenade is based on a collaboration between the artist and the famed pianist, Leif Ove Andsnes, in presenting Mussorgsky’s piano suite, Pictures at an Exhibition. Rhode is creating the stage sets and interludes that will debut at Lincoln Center in November 2009. Promenade muses on the nature of creation itself; Rhode’s protagonist acts as a master of ceremonies, introducing a show — in this case, animated drawings or forms — that then engulf him. The emcee becomes a character in his own painting, figuring out the density and geometry of the forms he has produce, but cannot necessarily control. This animation is the first that Rhode has created for the project, presented as an introduction to one of the sections or “promenades” of Mussorgsky’s piano suite. The image is printed on a 10′ x 28′ seamless vinyl billboard.