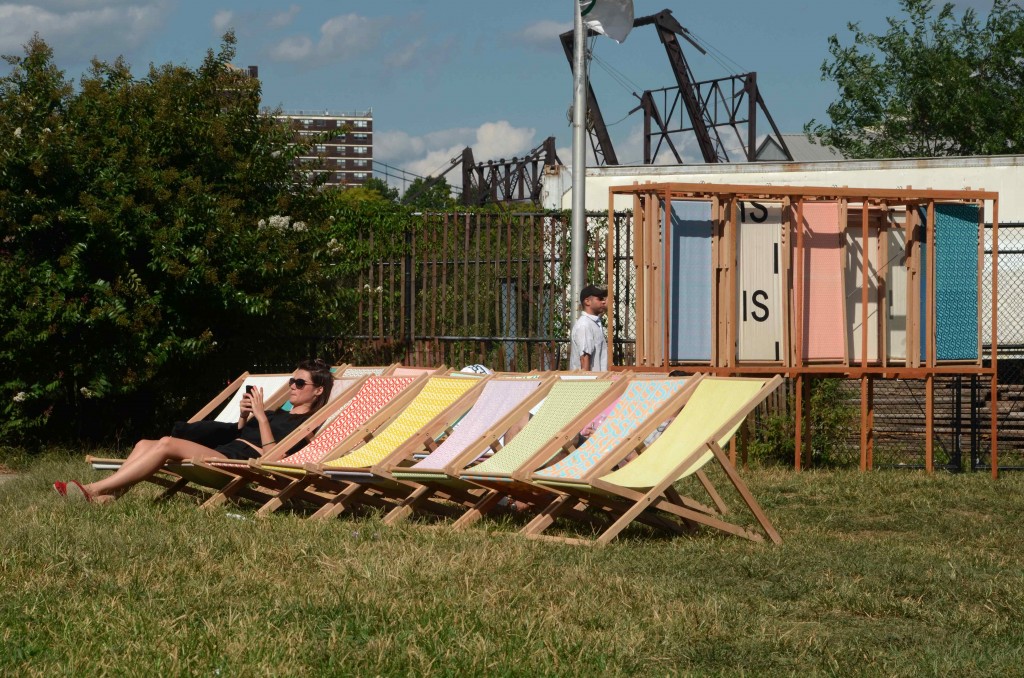 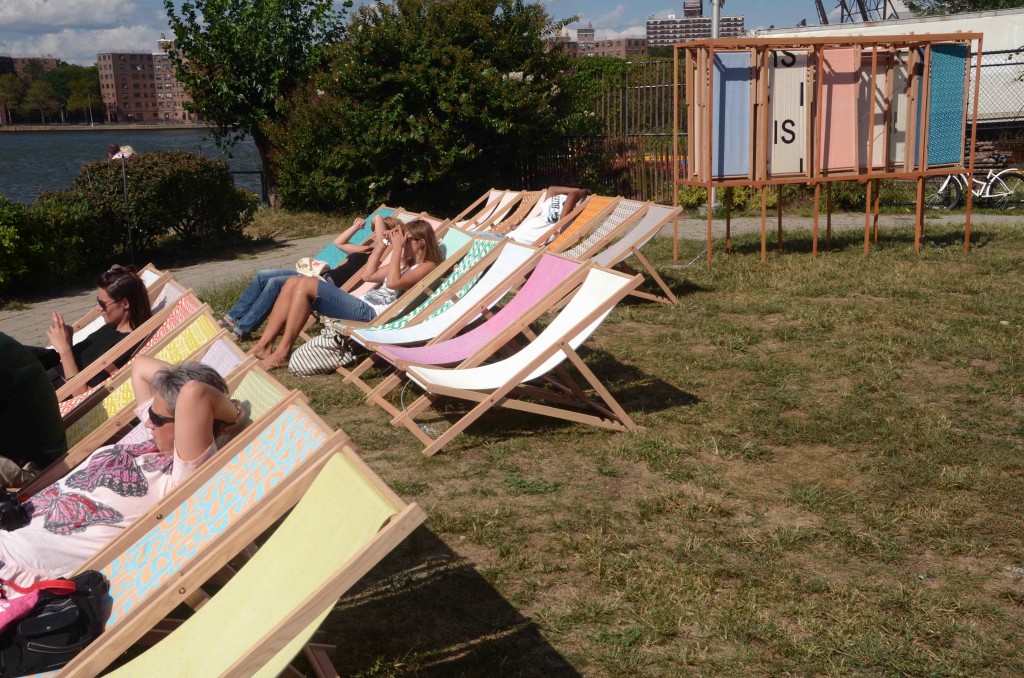 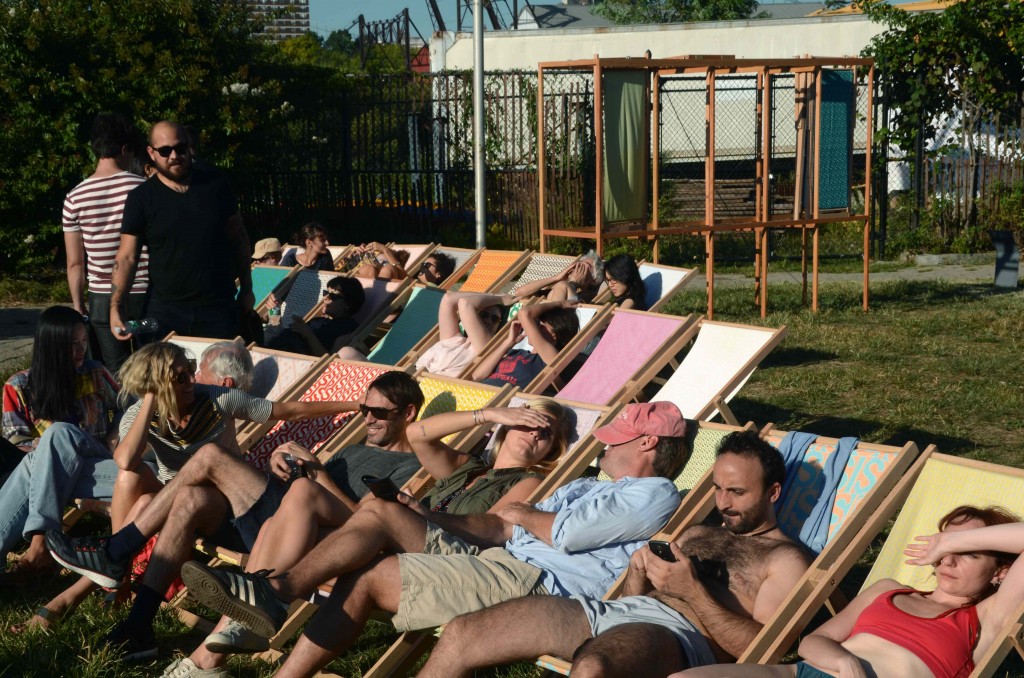 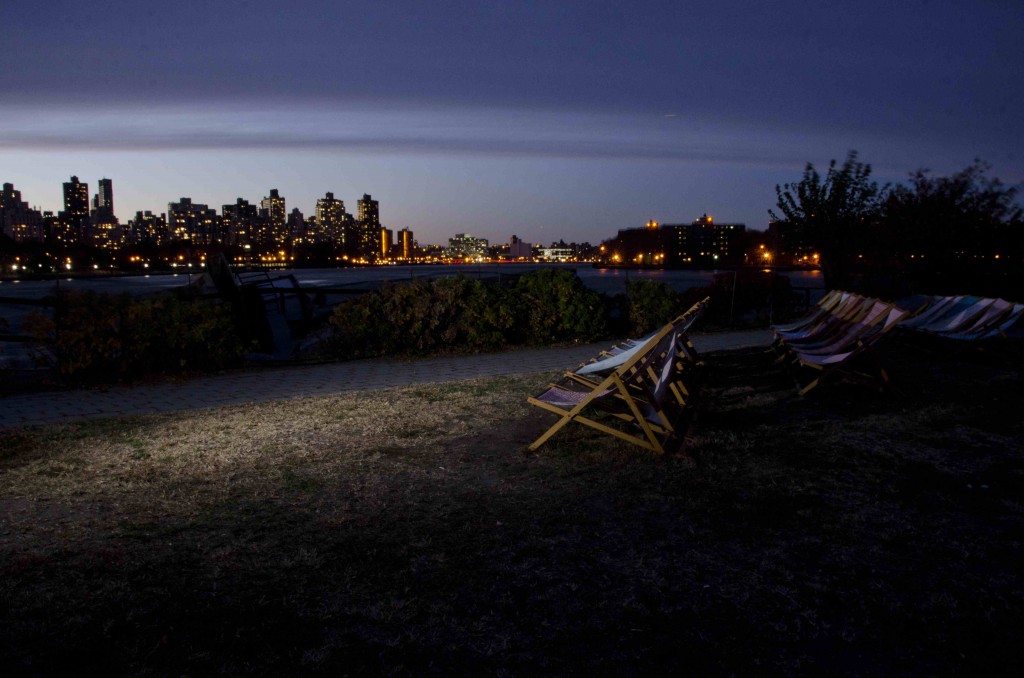 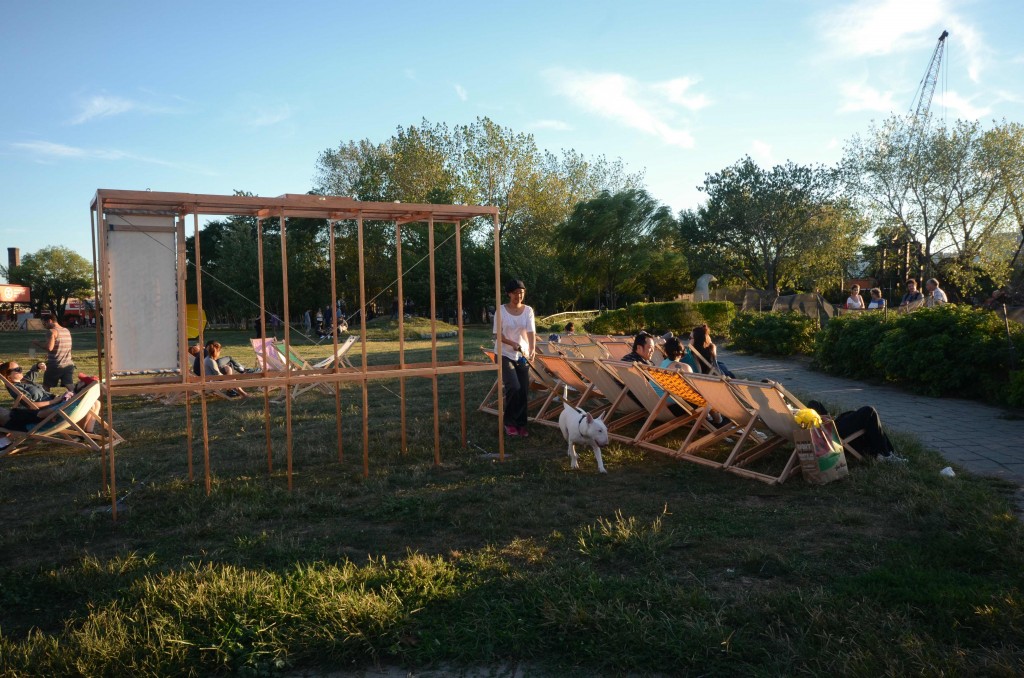 IS. The word is repeated into a dizzying pattern across the canvas fabric of fifty reclining deckchairs, laid idyllically in rows at the edge of the park. IS. It is a verb that implies definition. It is affirmative and rooted in the here and now.

In 1934 the façade of the Fascist Party’s Roman headquarters was a wall of text, more specifically, just one word, repeated over and over: SI (the Italian “YES”). Framed by this forcefully affirmative mural of Yes’s there was an image of the face of Mussolini, peering out and commanding the acceptance of Fascism with its literal figurehead.

For Smith and his fifty chairs, the SI (YES) of Mussolini and authoritative nationalism becomes the IS of today. YES, the plea for acceptance and forward thinking, and IS, associated with self-definition and a desire to assert the present. The deck chair supports this contemplation, with a range of cheery colors to choose from, a relaxing posture to adopt, and a view of the outcome of generations of YES / IS forward thinking. Through furniture design and attractive graphics, Smith has created a subtle form of philosophical and political populism in a waterfront public park.