Mostly cloudy and 70° in Queens

Mostly cloudy and 70° in Queens The background color of this website changes based on current sky conditions in New York City. 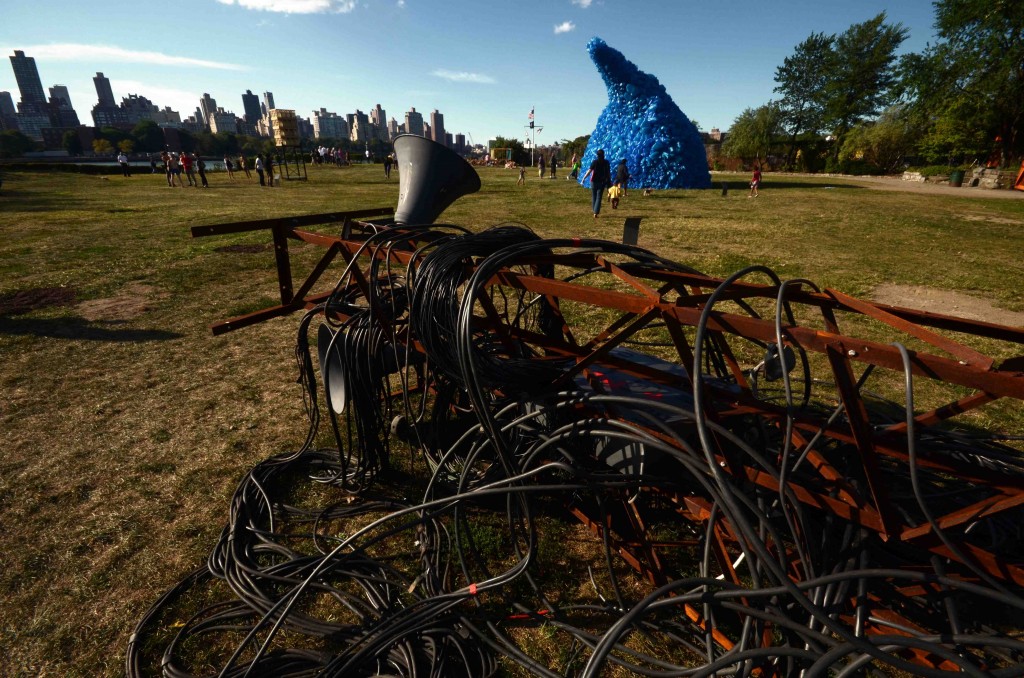 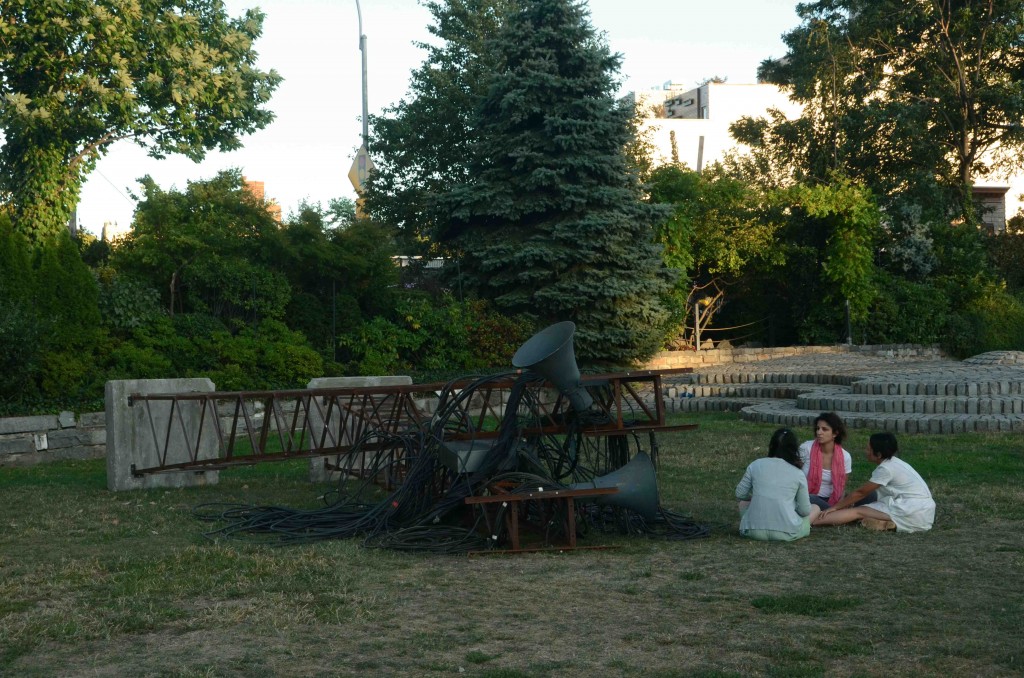 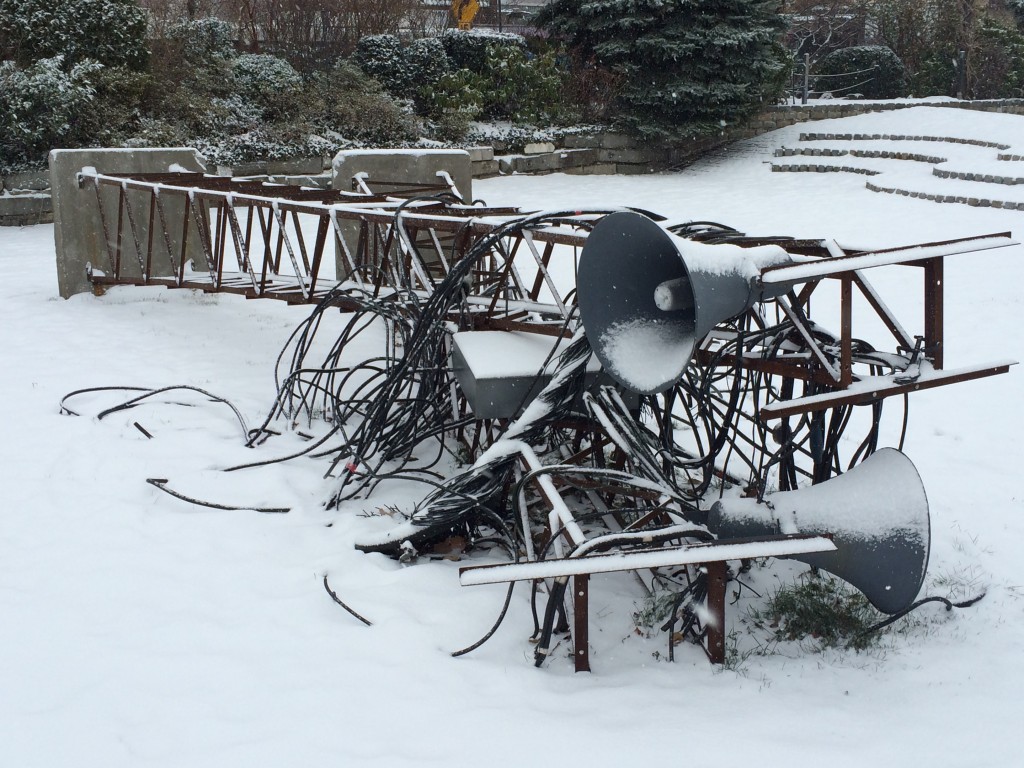 To Speak A Language is a large sculptural sound installation consisting of fabricated electrical poles, made from rusted angle iron and public address speakers, which are arranged as if they had only just toppled to the ground.

The work meditates on the history of the post-colonial French and American presence in Vietnam through language and sound. While French colonialism left indelible marks on the Vietnamese cultural landscape — architecture, cuisine, language, and religion — the remaining reminders of American imperialism are perhaps more psychological.

This sound installation hints at the traces of colonial power through the residue of its aural history. The installation emits a musical soundtrack composed of French, Vietnamese, and English language words — a marching tune by French Legion soldiers, Vietnamese Catholic chanting, and an acoustic version of Jefferson Airplane’s “Somebody To Love,” an American pop song popular in Vietnam during the war. These three diverging audio sources link together to form an audible glimpse of colonization and decolonization in Vietnam.