Cloudy and 45° in Queens

Cloudy and 45° in Queens The background color of this website changes based on current sky conditions in New York City. 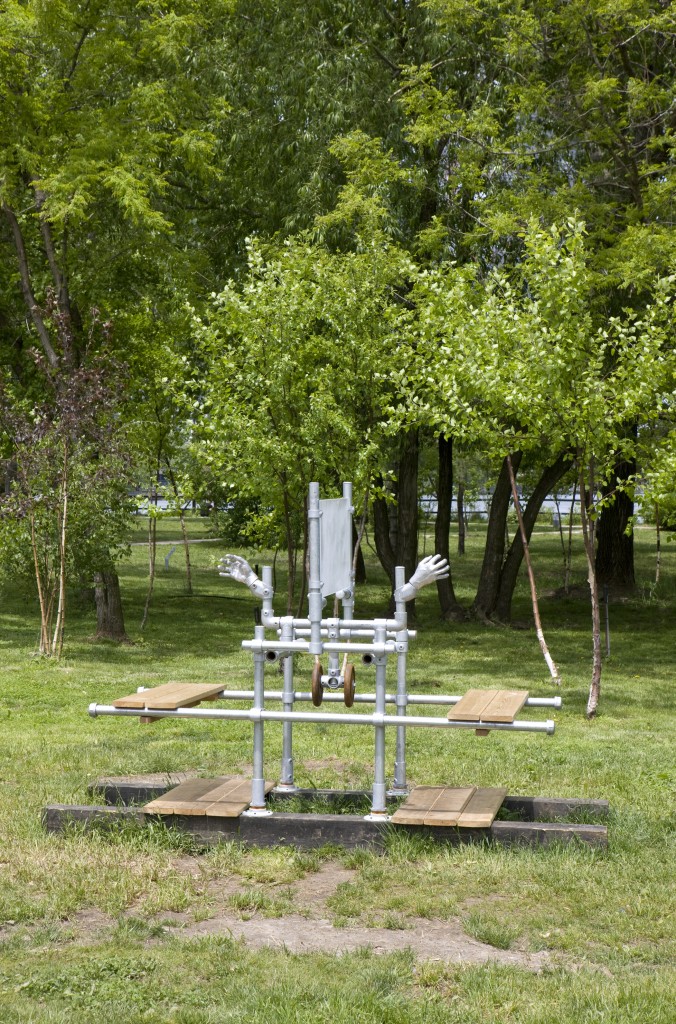 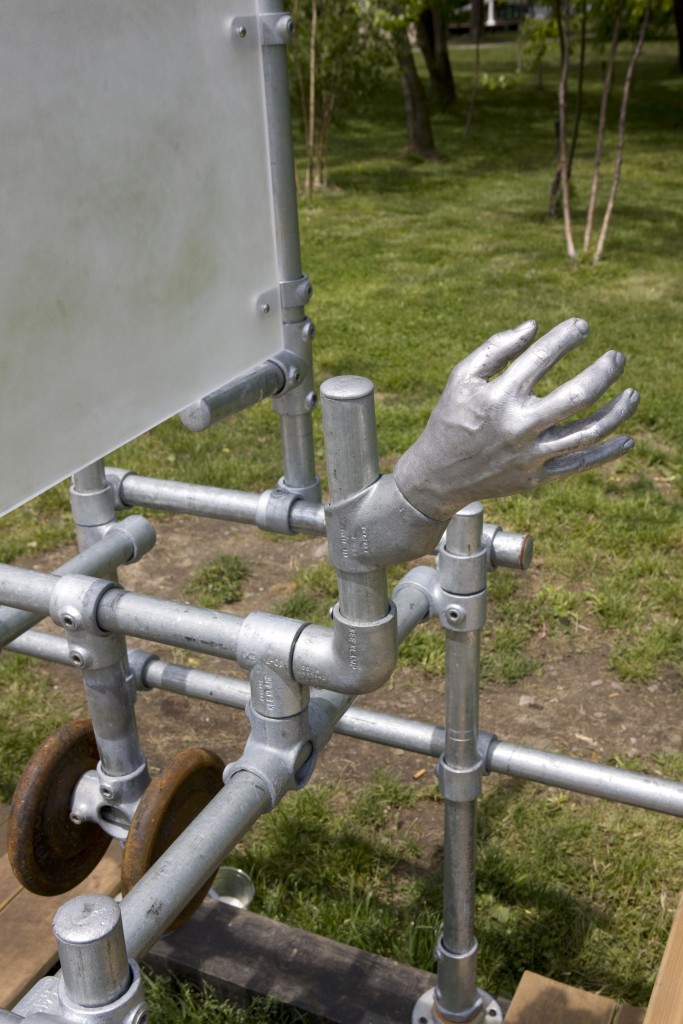 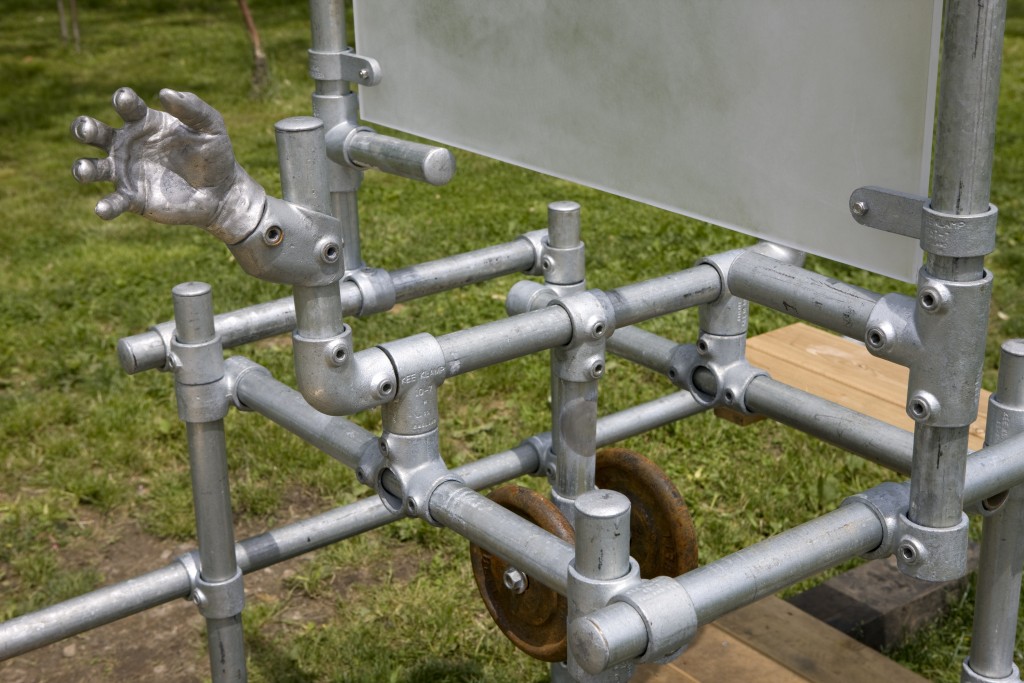 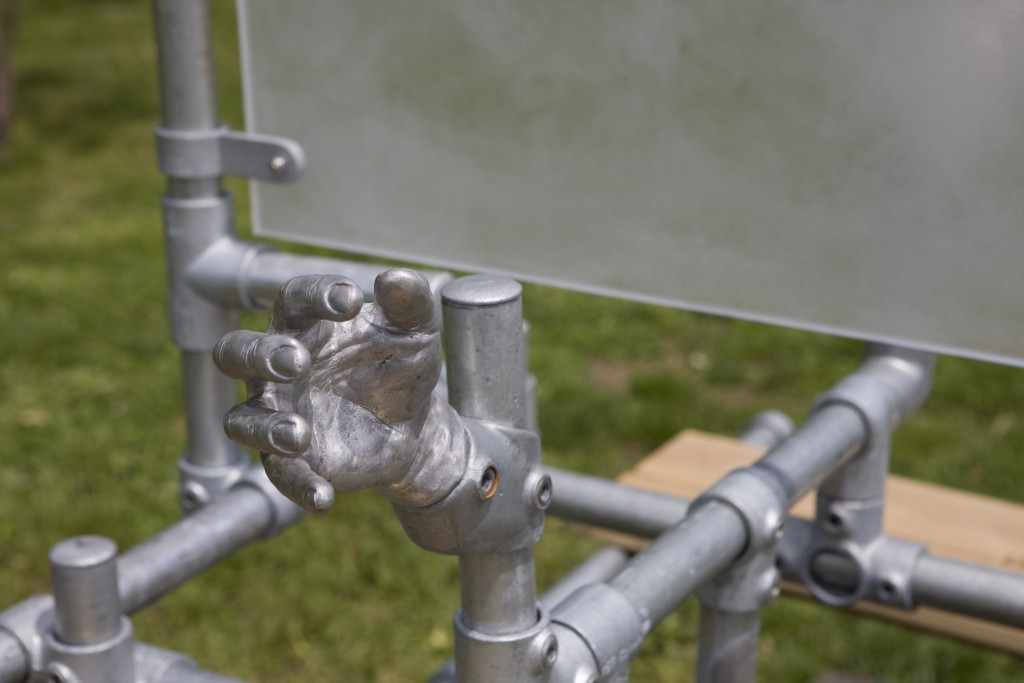 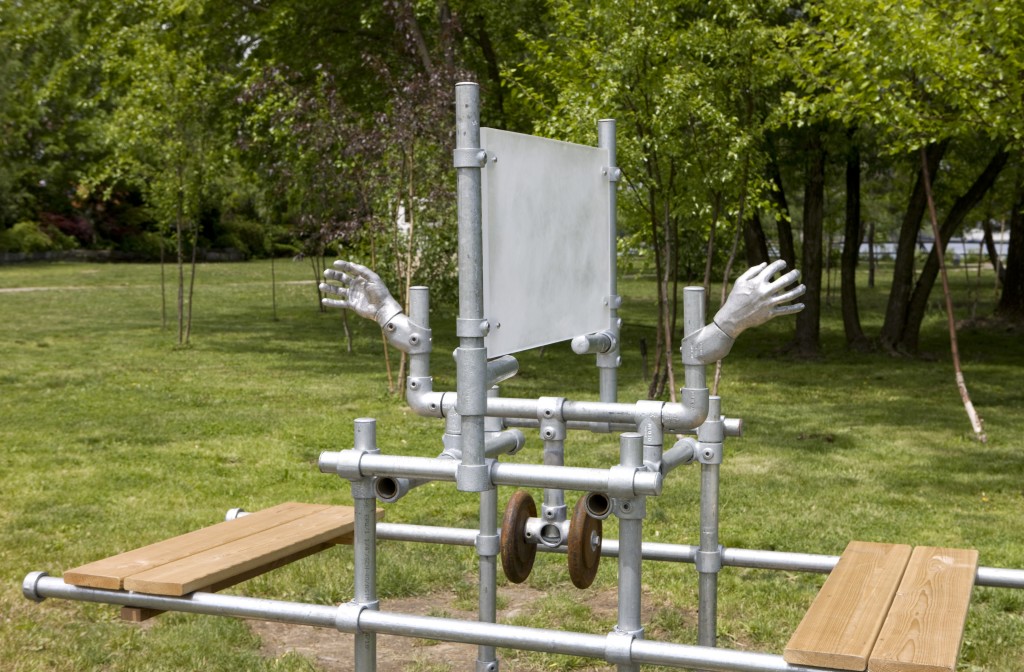 Calling to mind ‘tests of strength’ similar to those found at many state fairs, the artist has created an interactive sculpture based on arm wrestling. The whole structure, made out of pipes, references playgrounds and more specifically the seesaw. Similar to the seesaw, this piece invites an audience member to engage with another participant, without direct physical contact with each another. At the center of the sculpture are two hands cast in aluminum, creating the platform for which a remote arm wrestling game can transpire. There is a wall separating the players, who appear to be arm wrestling the fabricated hands but are actually arm wrestling each other. The whole event presents itself as a visual pun.