Mostly sunny and 73° in Queens

Mostly sunny and 73° in Queens The background color of this website changes based on current sky conditions in New York City.

Zilvinas Kempinas was born in Plunge, Lithuania in 1969. He has been living and working in New York since completing his MFA at Hunter College in 2002. 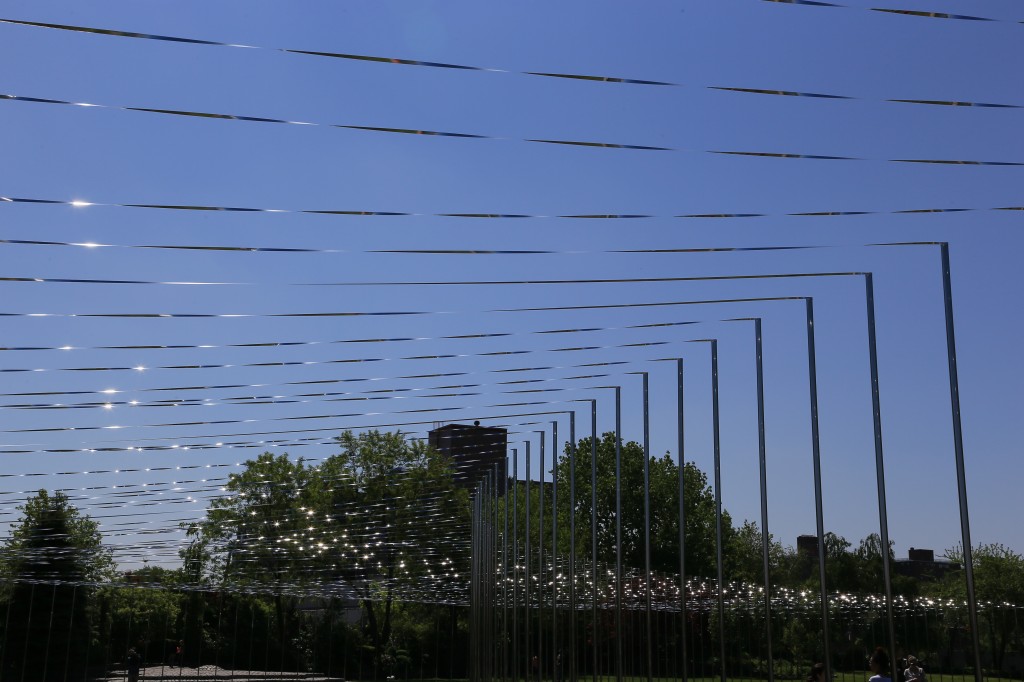 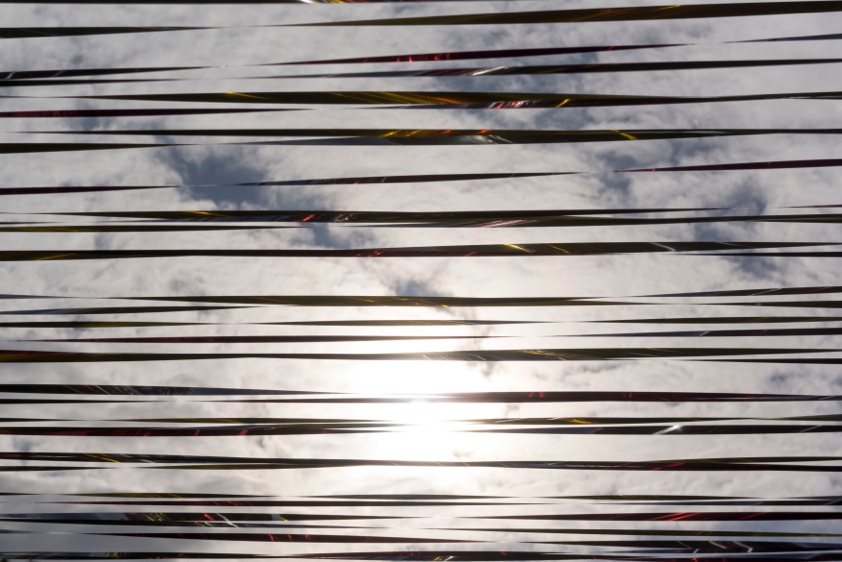 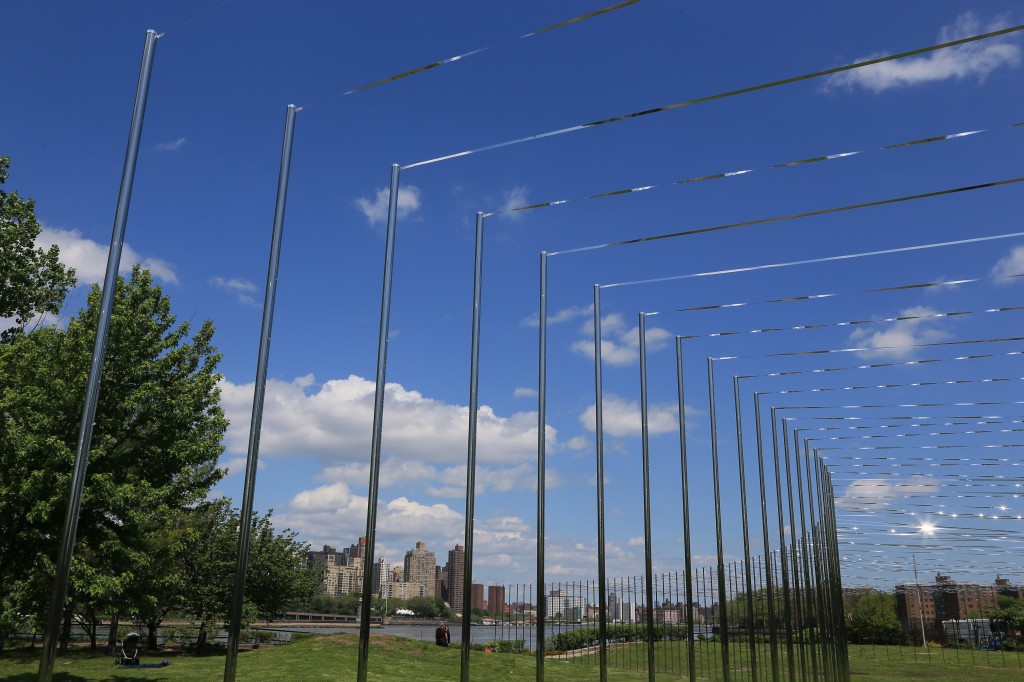 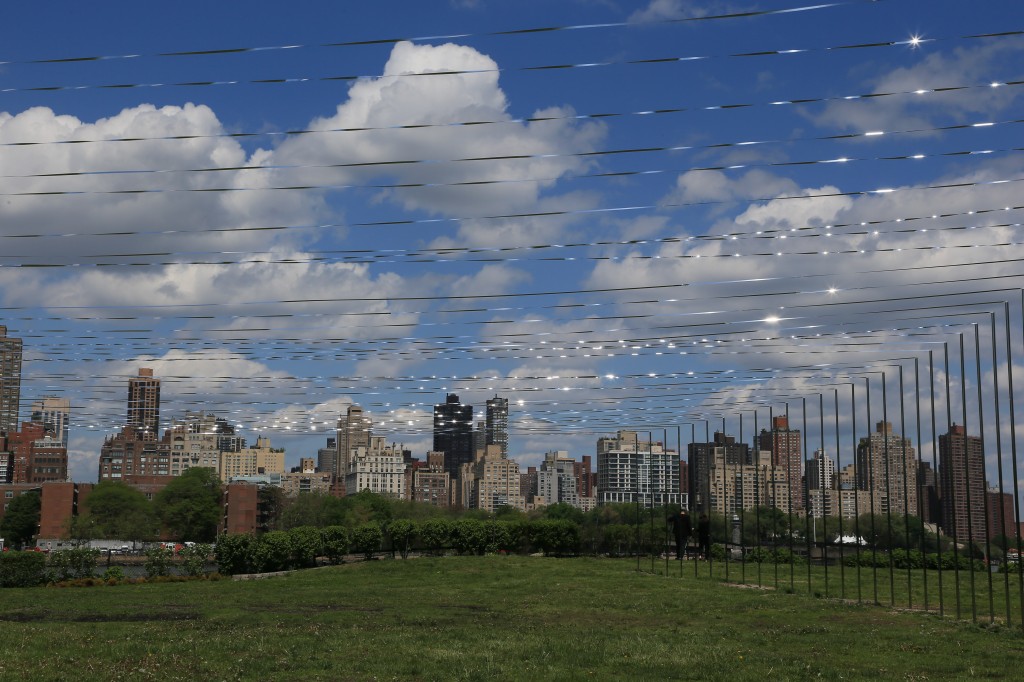 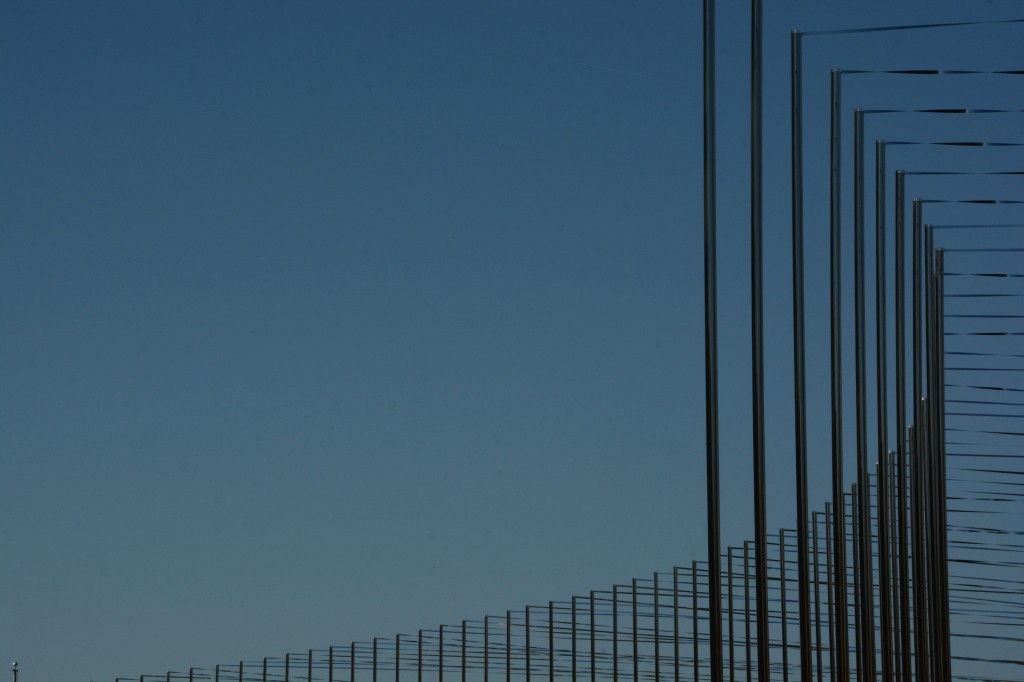 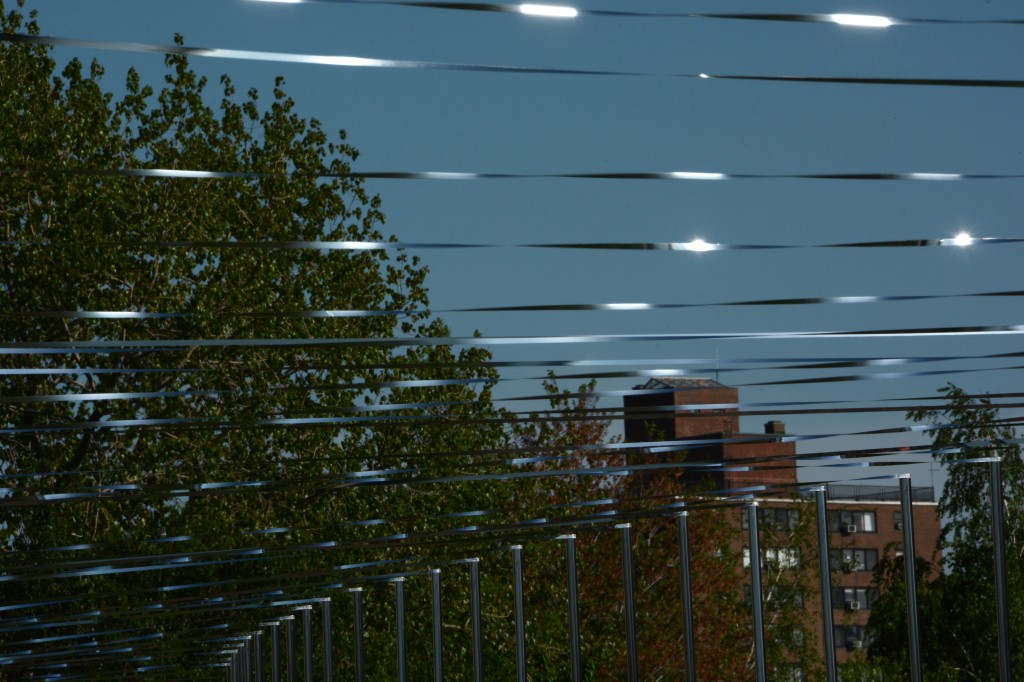 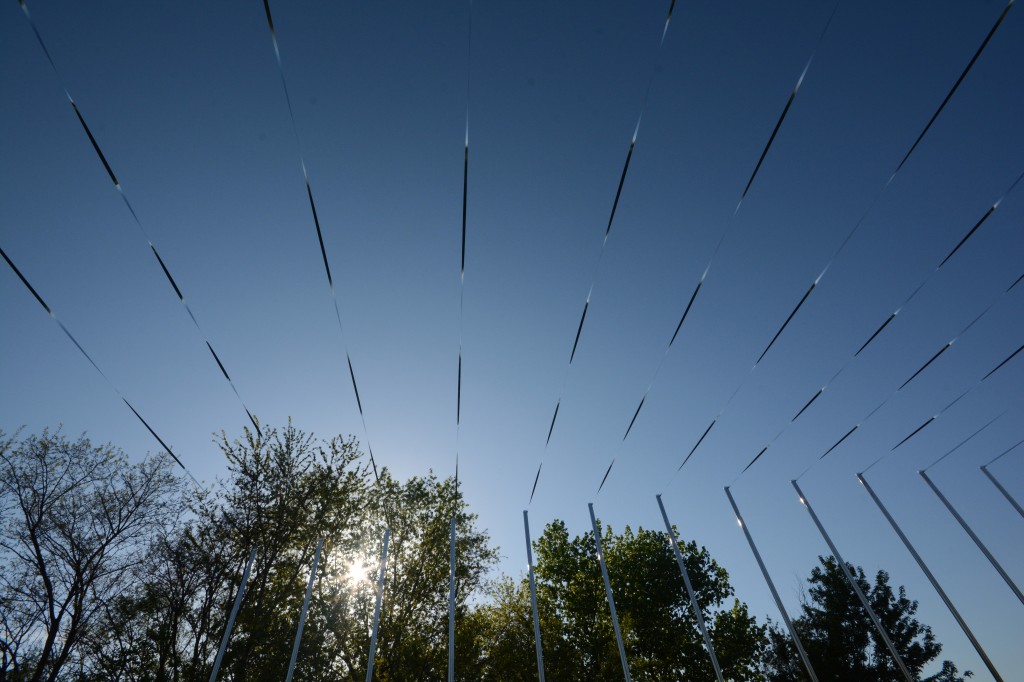 Scarecrow reflects its surrounding environment and thus continuously changes throughout the exhibition. The perpetual motion of the ribbon, as it responds to the wind of its environment, echos the natural flowing of the nearby East River, while the mirrored material reflects momentary shifts of light and sky like a shimmering horizon along the waterfront.

Blanketing a large portion of the 4.7 acre park, Scarecrow is Kempinas’s first major outdoor installation in the United States. The artist represented Lithuania at the 2009 Venice Biennale with a site-specific installation entitled Tube, and more recently Double O at the Museum of Modern Art, New York (2010), and Slow Motion at Museum Tinguely, Switzerland (2013). Kempinas created his first outdoor sculpture for the Echigo Tsumari Art Field In Japan (2012), which was subsequently shown as part of his solo exhibition at Museum Tinguely. That work, made from Japanese snow-measuring posts and bird-repellant ribbons, was titled Kakashi – or “Scarecrow” in Japanese. At Socrates Sculpture Park, the artist’s latest Scarecrow expands on Kakashi in scale, shape, and setting.

Unlike his large-scale installations in museums, galleries, and biennials, where the artist carefully calculates and manipulates artificial elements to create a desired effect, Kempinas’s outdoor sculptures are experimental and adapt to fluctuating weather conditions. While this fluidity creates endless possibilities for effect, the artist maintains a meticulousness in his process, establishing a series of set conditions upon which nature can play. From a distance Scarecrow appears as a monumental sculpture that is at once impressively precise and brutally horizontal. As you move closer to and into the installation, however, Scarecrow becomes enlivened with motion and sound as it captures the wind and pulls the surrounding landscape into itself.

Scarecrow is made possible, in part, by generous gifts from the Lewben Art Foundation and Martin Z. Margulies.