Mostly sunny and 75° in Queens

Mostly sunny and 75° in Queens The background color of this website changes based on current sky conditions in New York City. 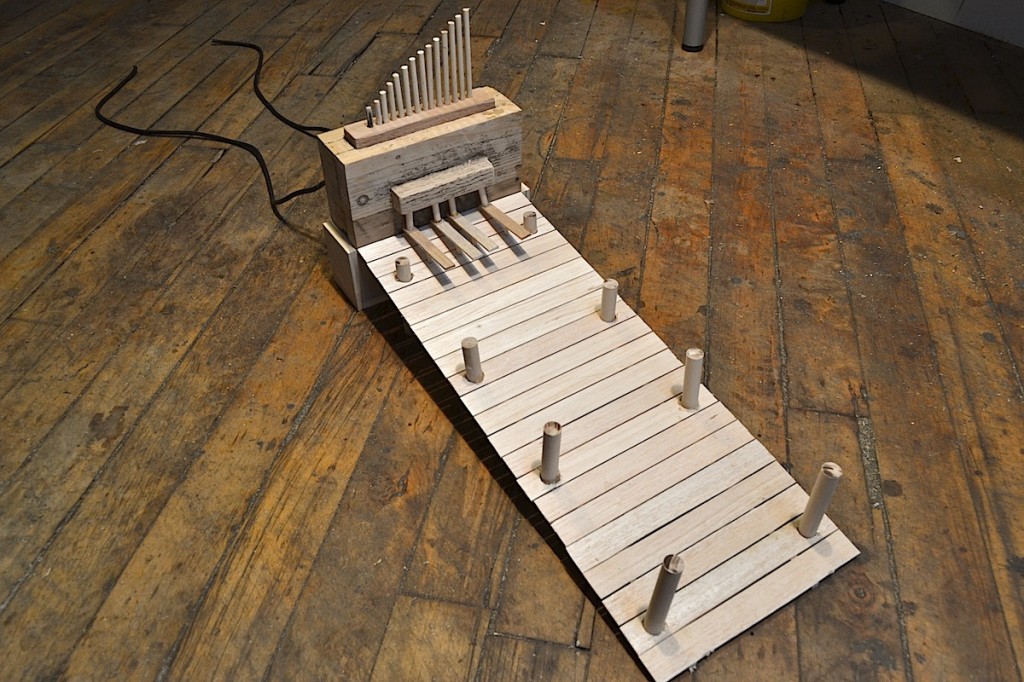 The title of the work recalls the date — Thursday, June 16, 1904 — on which the story of James Joyce’s Ulysses unfolds over those 24 hours. Here in New York City, this date also represents the aftermath of the PS Slocum ship disaster, which took the lives of over 1,000 city residents in the East River. This coincidence points to the temporality of the sounds being produced, to the cyclical nature of the novel, and to the engineering of the Slocum.

Wilson’s organ is constructed from repurposed piano parts and factory seconds from the Steinway Piano Factory in nearby Astoria, Queens. Similar parts comprised water organs that once populated 19th century New York City public halls and churches; it is these now-obsolete instruments that inspire Wilson’s installation. By situating his modern-day water organ on Socrates’ East River waterfront, Wilson recontextualizes the archaic in the current narrative of public space and environment, recycling both material and narrative at once.