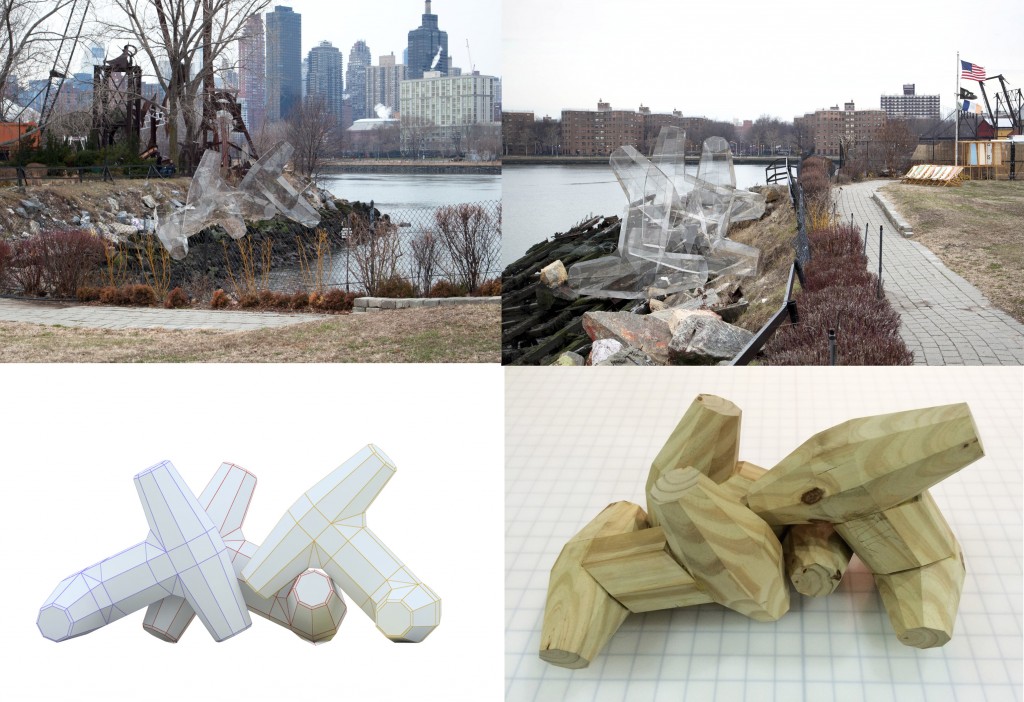 How often does one consider the vulnerability of the built environment, even despite recently devastating natural disasters? Inspired by such events — most notably Superstorm Sandy — Jordan Griska’s Dolos aims to bring vulnerability to light by reminding us of how quickly and unpredictably familiar landscapes become threatened – and threatening.

Since the 1960’s, dolosse have been used in cities across the globe to protect waterfronts from wave erosion. Typically they are massive, interlocking concrete structures, whose imposing and substantial forms can dissipate and deflect wave energy. Griska’s singular Dolos, however, is alone, made from clear Plexiglass, and set along the bank of the East River.

To some, Griska’s Dolos may simply be an aesthetically pleasing waterfront installation; but for those who are aware of Dolos’s reference, its material fragility and impracticability portends the limits of our human capabilities against natural disasters.