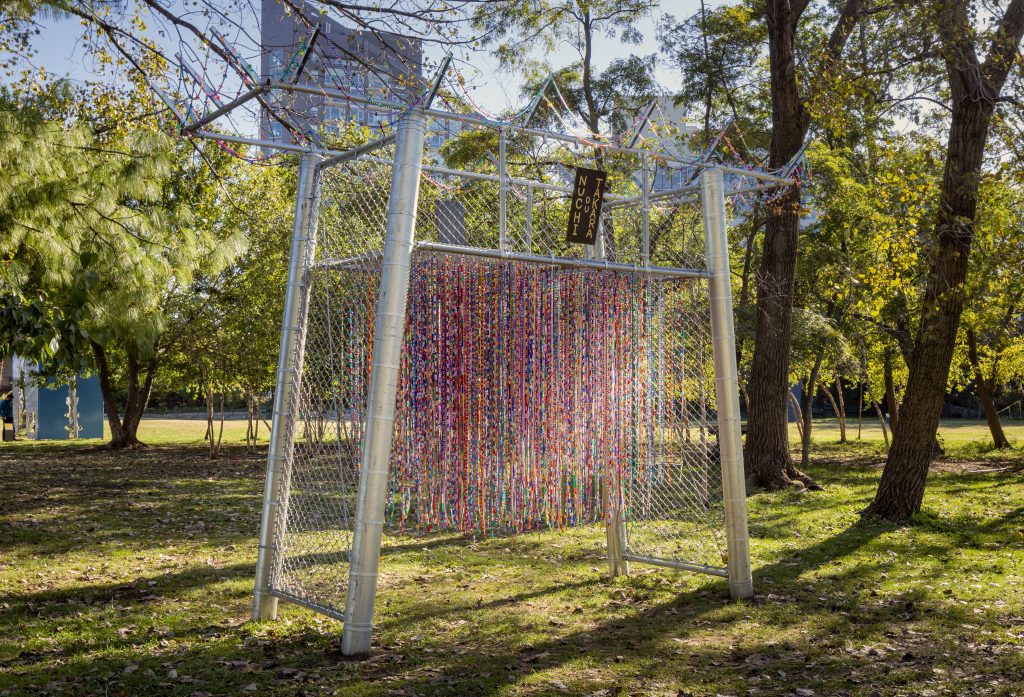 A commemoration of communities that have survived imperialist military occupation, ‘Gate: II’ references the layered histories of Okinawa, Japan, which has endured a heavy United States military presence since World War II. The work combines the aesthetic of the Shinto torii, a gateway to shrines, with the chain link fences of military bases, which often co-opt the Shinto architecture in their own checkpoints. A colorful curtain of acrylic beads, assembled through artist-led community workshops, reflects the individuality of those who brought the work into existence and represents the power of peaceful unity as a confrontation to militarization.

Rodriguez Izumi participates in a series of virtual programs produced by the 2020 Socrates Artist Fellows in tandem with the ‘Call and Response‘ exhibition:

The artist dedicates this work to communities around the world that experience military occupation. She gives highest thanks to her mother, Noriko Rodriguez, father, Jose Rodriguez, and partner Alexander Bustamante for their constant support and guidance.

Rodriguez-Izumi has the greatest appreciation to the crew and staff of the Park for their dedication and hard work and the 2020 Artist Fellows for their camaraderie. None of this would have been possible without all of you. “Ippee Nifee Deebiru”