Fog and 61° in Queens The background color of this website changes based on current sky conditions in New York City. 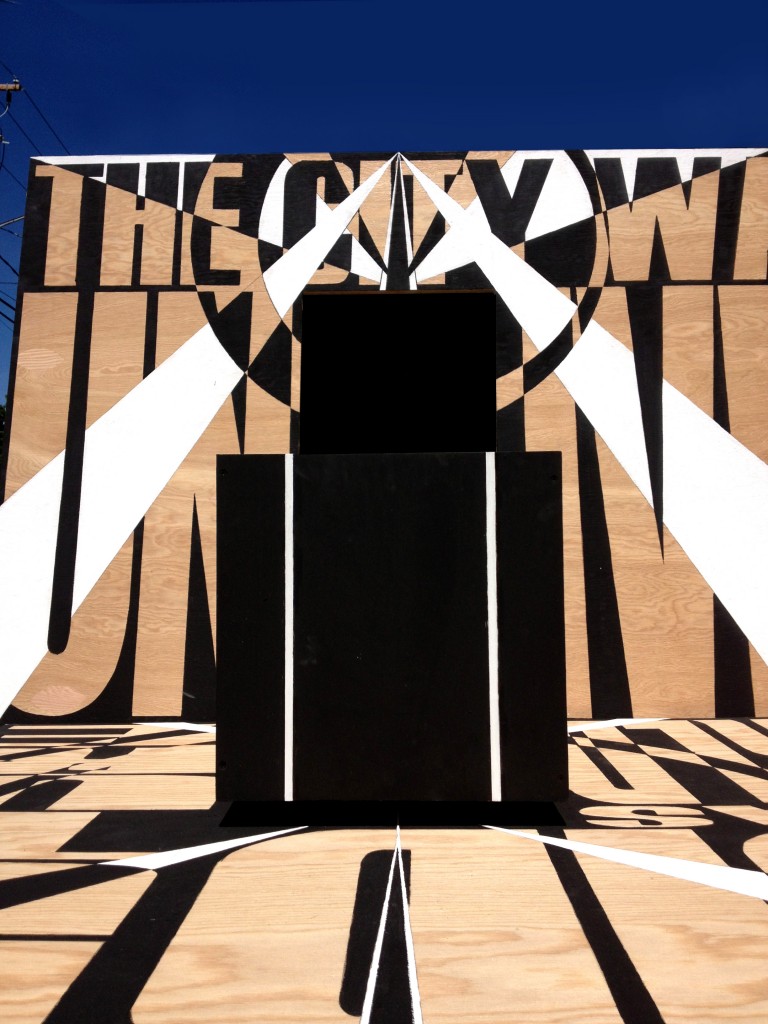 Located in a shaded area of the park atop a wooden platform, Bauer’s Icarus, Meet Apollo is a sprawling reworking of forms, inspired by the 1969 architectural folly built by Victor Pasmore called the Apollo Pavilion.

Icarus incorporates text excerpted from Modernist architectural manifestos and literature and is rendered by dramatic black and white graphics that reference a confluence of art historical references from Russian Constructivism and Futurism, to Pop and Bauhaus Modernism. Pasmore’s Pavilion was rooted, perhaps blindly, in the ideals and purity of utopian architecture. He once described it as “architecture and sculpture of purely abstract form through which to walk, in which to linger, and on which to play, a free anonymous monument which, because of its independence, can lift the activity and psychology of an urban housing community on to a universal plane.”

Icarus, Meet Apollo physically reflects Pasmore’s optimism in its open and inviting form, but also acknowledges the reality of contemporary urban life and the inevitable chaos and fallibility that people bring to the ideals they set for themselves. It is a celebration of aspirations for a better way of being that embraces both disorder and fallibility.