Light rain and 41° in Queens

Light rain and 41° in Queens The background color of this website changes based on current sky conditions in New York City. 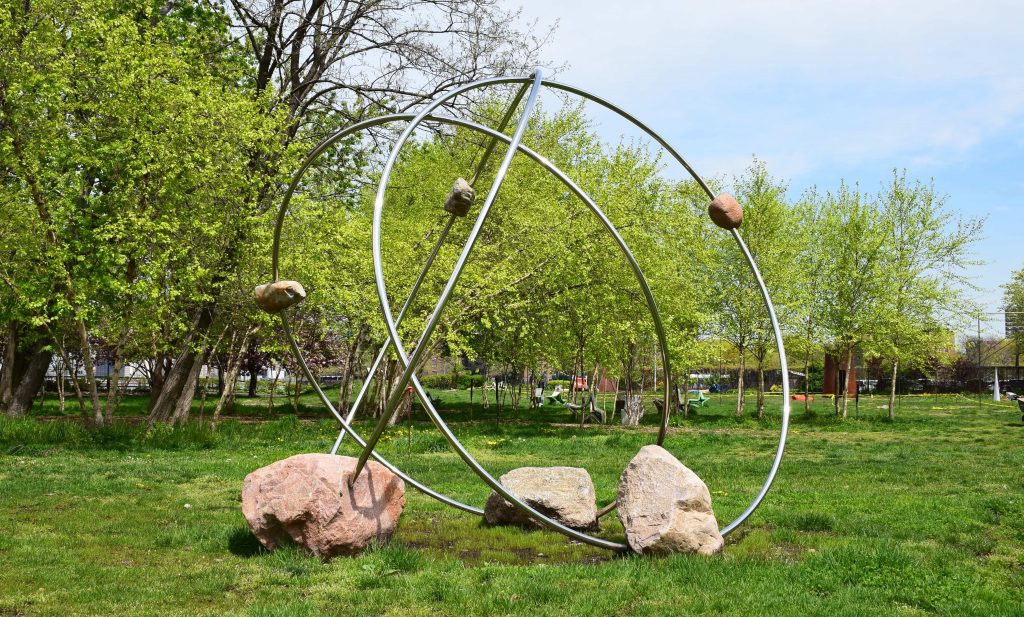 REVOLUTION (Gravitas) evokes micro and macro scales, Platonic geometry and organic form, and terrestrial and celestial matter. The crossing rings are reminiscent both of planetary orbits in space and Niels Bohr’s diagram of the atom, uniting two fields of observation that inform our idea of space and time. These visuals paired with the title playfully suggest the paradigm shift — a revolution — that occurred with Einstein’s theory of general relativity, which proposed not only that time was relative, but that the force of gravity warps spacetime.