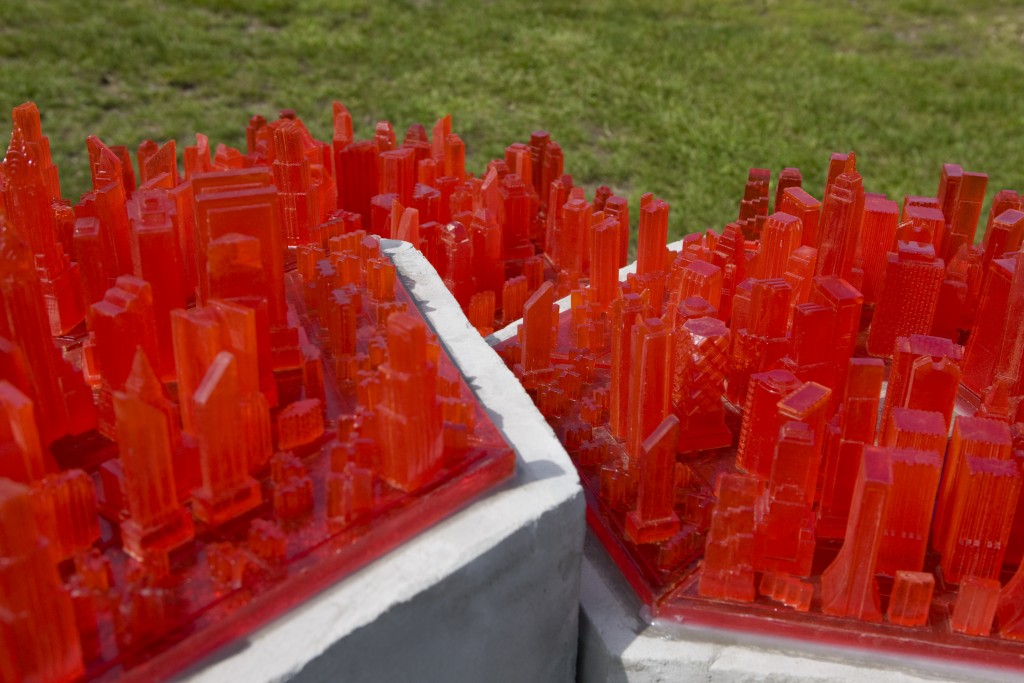 Riot City is made up of real, existing New York city buildings, taken and recomposed to a produce a riot friendly urban map. According to the historian Eric Hobsbawm structures of city town planning can stunt the success of protest and civic unrest to develop into political revolutions. American cities are considered defensible cities, cities designed to suppress and prevent even the beginnings of a revolution. Riot City is follows a radial format that integrates mixed status residences, centralized open plazas for mass gatherings and identifiable locations of power: world banks, civic center and corporations.