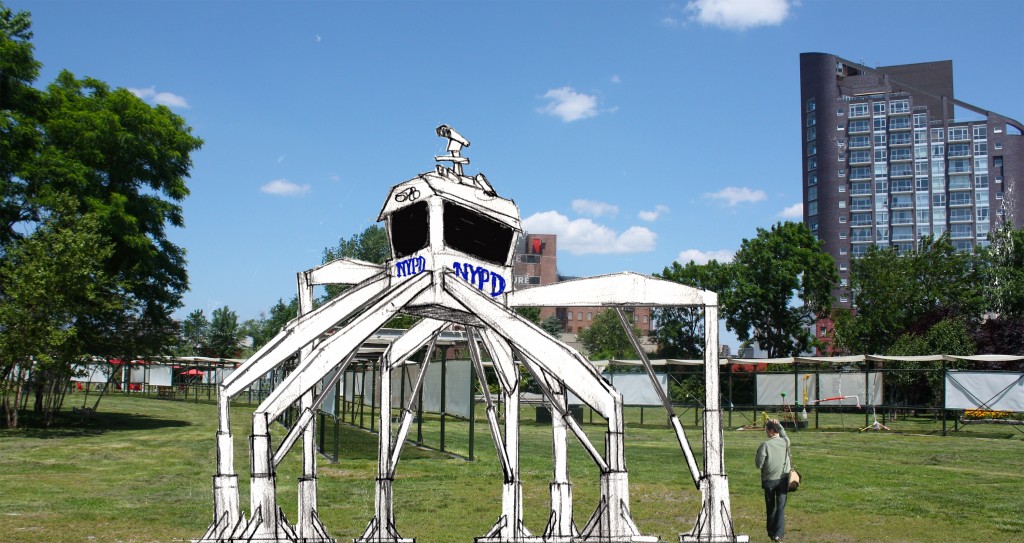 Deployed in New York City neighborhoods since 2006, the New York Police Department’s SkyWatch towers have traditionally been used as a police tactic to curb criminal activity through aerial video surveillance. Looming over the park’s grounds, Zaq Landsberg’s SkyWatch Spider is a replica of an NYPD’s SkyWatch tower, made more ominous by a new feature: eight arachnid legs.

By elevating the conversation surrounding surveillance and policing to a grotesque extreme, Landsberg’s spider provokes its viewers to question the relationship between power, privacy, and public safety. SkyWatch Spider emphasizes the absurdity of these structures, which New Yorkers have accepted, perhaps reluctantly, as fixtures in their streets and neighborhoods.

SkyWatch Spider creates a situation in which viewers must confront both the work itself — with its elements of the absurd — as well as its literal footing in reality.