Clear and 41° in Queens The background color of this website changes based on current sky conditions in New York City. 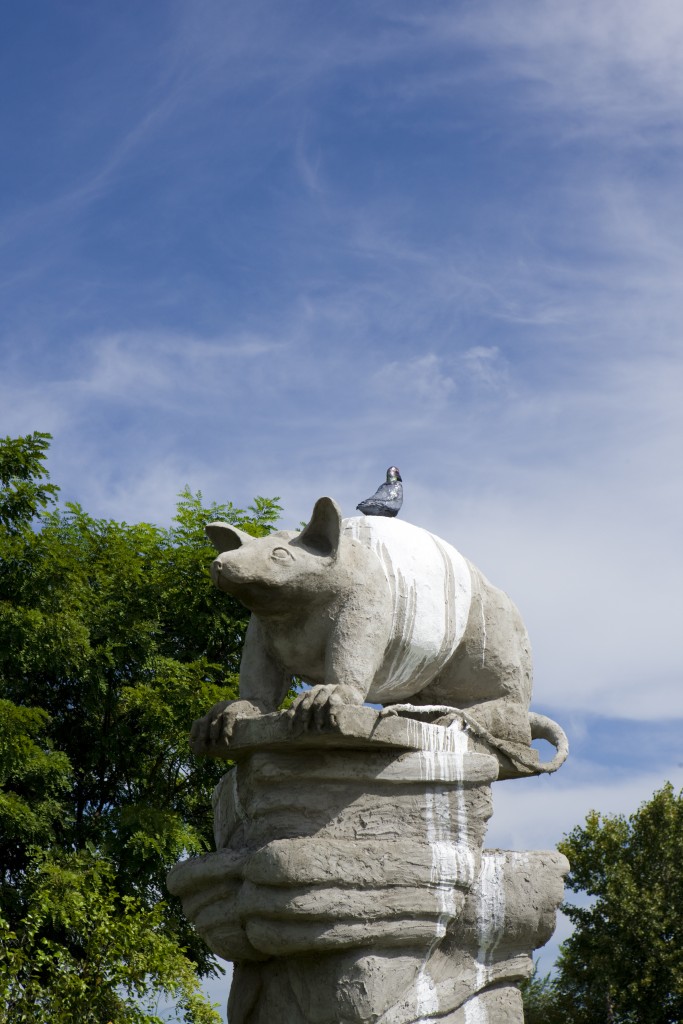 Monumental Dump is an outside investigation of the local landscape and its otherwise unwelcome cohabitants.   The concept was originally inspired by monuments seen throughout the many parks and cemeteries in Brooklyn, Queens and Manhattan.   The piece was carved by hand from dense polystyrene foam, which was originally used in the excavation of Ground Zero and generously donated for use in this project.   It was then coated with reinforced stucco and garnished with poured white enamel. /The pedestal portion merges organic forms derived from memories of the South Western United States with standard geometric forms repeated in this urban environment.   The subjects are the notorious pigeon and the unwanted, yet iconoclastic rat.  In this case the pigeon is deemed the highest ranking official as it sits awkwardly a top of the statue presenting its innate abilities as an abstract artist.