Cloudy and 66° in Queens

Cloudy and 66° in Queens The background color of this website changes based on current sky conditions in New York City. 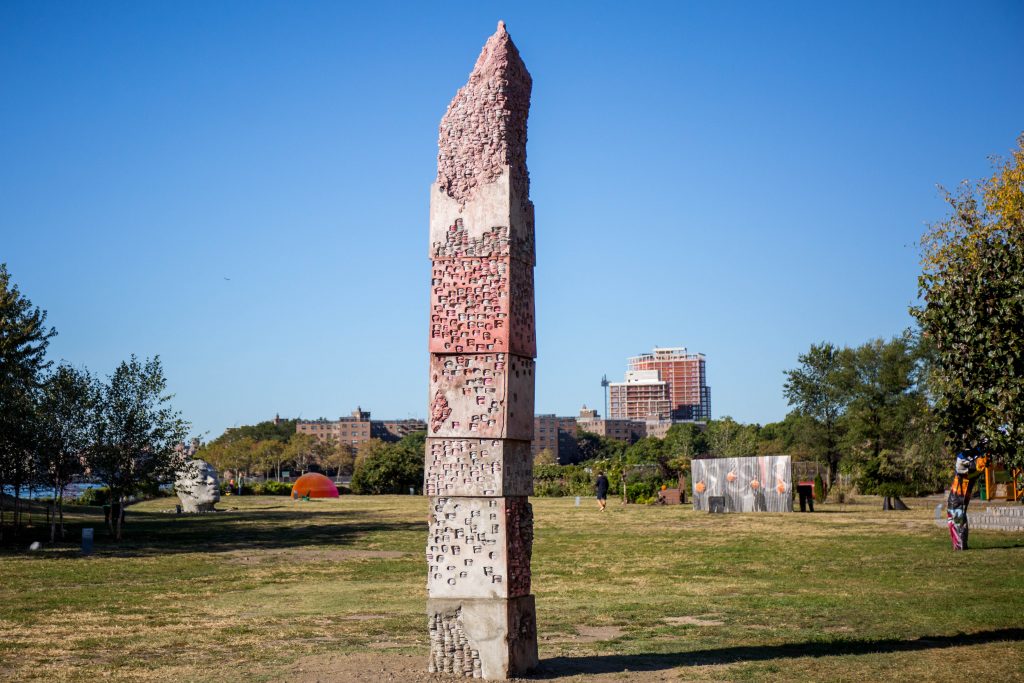 This piece, suggestive of the mythical Tower of Babel, captures the facial expressions of Socrates visitors the artist cast over the course of his summer residency to commemorate public exchanges among strangers. With hundreds of distinct smiles unified in a mass, Unum presents an optimistic view of humanity’s cultural differences, contrasting the predominant interpretation of the biblical myth that frames God’s creation of linguistic difference as punishment for hubris.

Moein created a documentary film of the participants in his project titled Unum In The Making.

Learn more about Moein in his Artist Profile