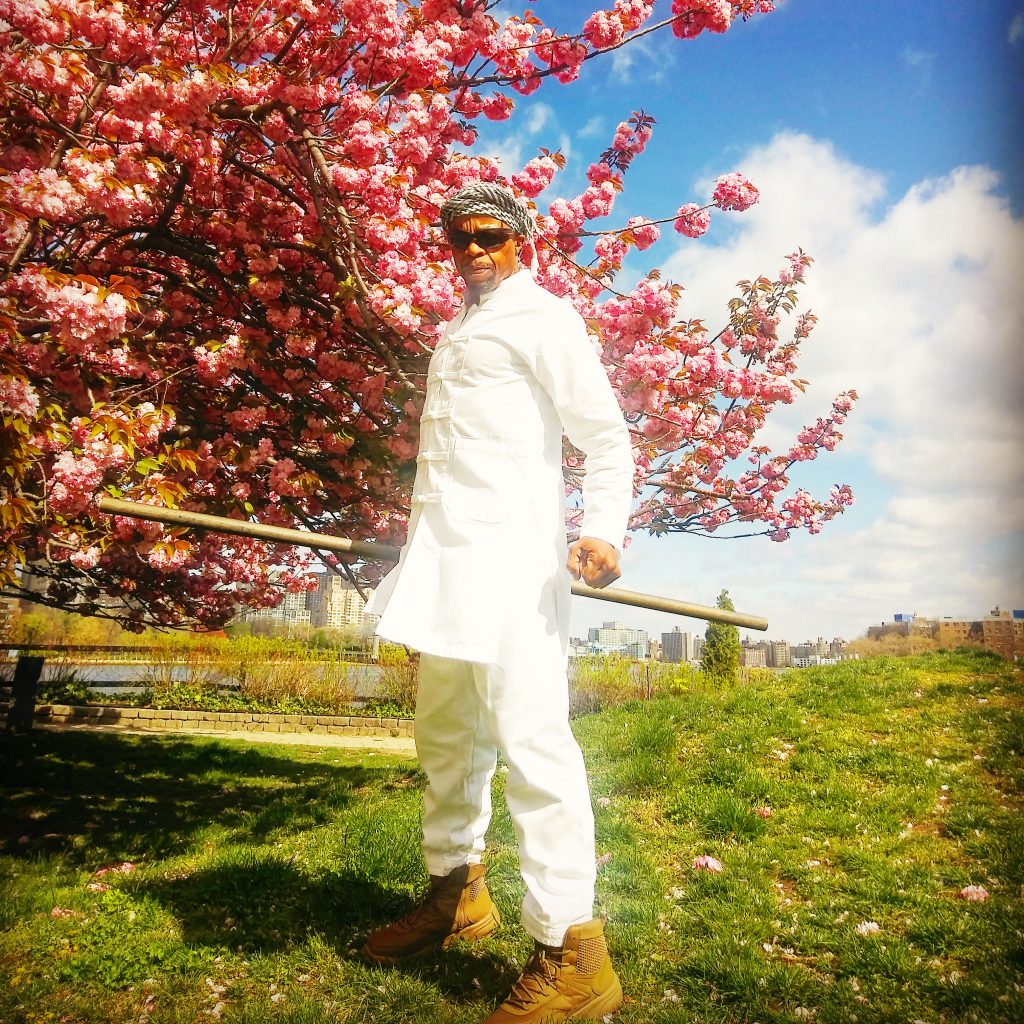 The Park’s Director of Grounds & Horticulture, Eric Mathews, is an invaluable asset to the staff. He has worked with the Park in many capacities over the years and shared his story with us at the outset of the Covid-19 pandemic:

“About ten years ago I started a non-profit called Minor Miracles to help provide life-changing opportunities to kids in my childhood community. With support from Socrates’ staff, I created specialized programming to spur the growth and artistic development of children living in Astoria Houses.

“In 2018, I was offered and accepted a seat on the board of the Park. The appointment honored both Minor Miracles and the Astoria Houses community, revealing Socrates’ commitment to liberty and equality for all. The following year, I transitioned from Park Board Member to full-time staff member when I was hired as the Director of Grounds & Horticulture.

“As a staff member at Socrates, I have the chance to work with super creative and progressive thinkers while also helping my community. I am realized! Over the past year, I have come to see just how vital Socrates is: on a very crowed peninsula with little parkland, people come from all over to take in the outdoor art, community programming, and greenery. I have come to know frequent Park-goers’ faces and know the joy that the beauty of nature brings to them.

“Upon the outbreak of Covid-19, I could sense the change of the mood in the Park. As social distancing and sheltering in place became the norm, I knew people would need a place to just meditate. Over the past weeks, Park-goers have been using the space in a very organized and respectful way. Every day I am overwhelmed by visitors’ thanks and appreciation. I feel blessed to serve my community and Socrates in these historic times.”

As if he were an urban cowboy, Eric Mathews can often be spotted In Astoria, Queens, zooming down a neighborhood road on his bike, wearing sunglasses and a straw hat. Mathews, who is the executive director of Minor Miracles, an organization that focuses on promoting youth fitness and fighting childhood obesity in Astoria, has worked in collaboration with Socrates Sculpture Park since 2011. As Mathews looks back, he can clearly remember the stormy autumn day when Socrates hosted their first Minor Miracle’s event, Day of Play.

Despite however many tents that were upturned that day, a partnership was nonetheless formed between Minor Miracles and Socrates. By 2012 one Day of Play became the annual Days of Heroes series, inaugurated as a month-long program for teens to gain new perspectives on civic career paths in the NYC Fire Department, Emergency Medical Services Division, NYC Police Department, and the United States Coast Guard. Mathews expresses that running into participating students in the neighborhood is one of the highlights of the program. He shares, “When I walk through the community, kids say ‘Hey Mr. Eric! What are we going to do this year? That’s what keeps me going.”

Days of Heroes, which just wrapped up its third season, was conducted on Tuesdays and Thursdays May 12 through June 25. Each week representatives from one of the four public service departments gave interactive presentations on what it would entail to become a firefighter, policeman, emergency medical technician, or coast guard. Afterwards, the participants were given an opportunity to perform the physical routines that are a daily necessity of each respective academy.

Each series culminates in a workshop and obstacle course with Socrates Sculpture Park’s Shaun Leonardo, who works with the teens to break down the meaning of a superhero, so each participant can identify the qualities that they aspire to achieve, or might already have instilled within them.

For Mathews, the significance of the program comes from providing teens with the opportunity to gain first-hand insight into the community’s local heroes, rather than simply witnessing a patrol car making its rounds through the neighborhood. “We’ve had kids age out of our program and come back as interns with their heads on their shoulders,” says Mathews. To him, seeing students grow up to remember this program is an indicator of its impact on the community. Days of Heroes seeks to remind them that Socrates is their park as well. At the end of the day, as Mathews says, “You never know when you will reach a child.”