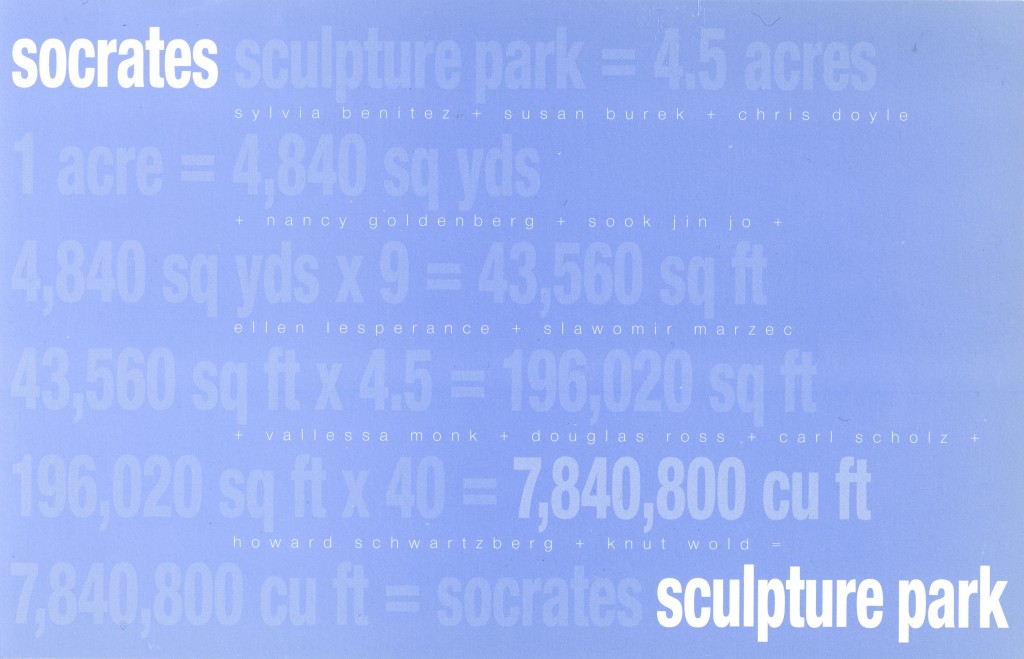 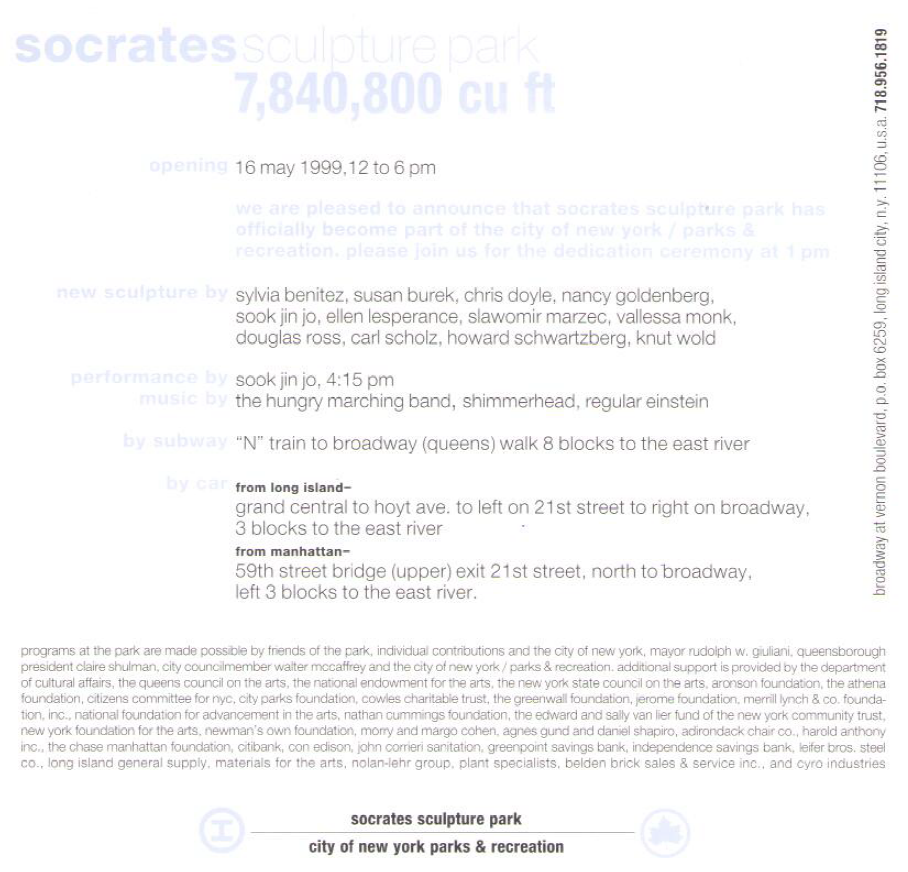 We are pleased to announce that Socrates Sculpture Park has officially become part of the City of New York/Parks & Recreation. Please join us for the dedication ceremony at 1pm.