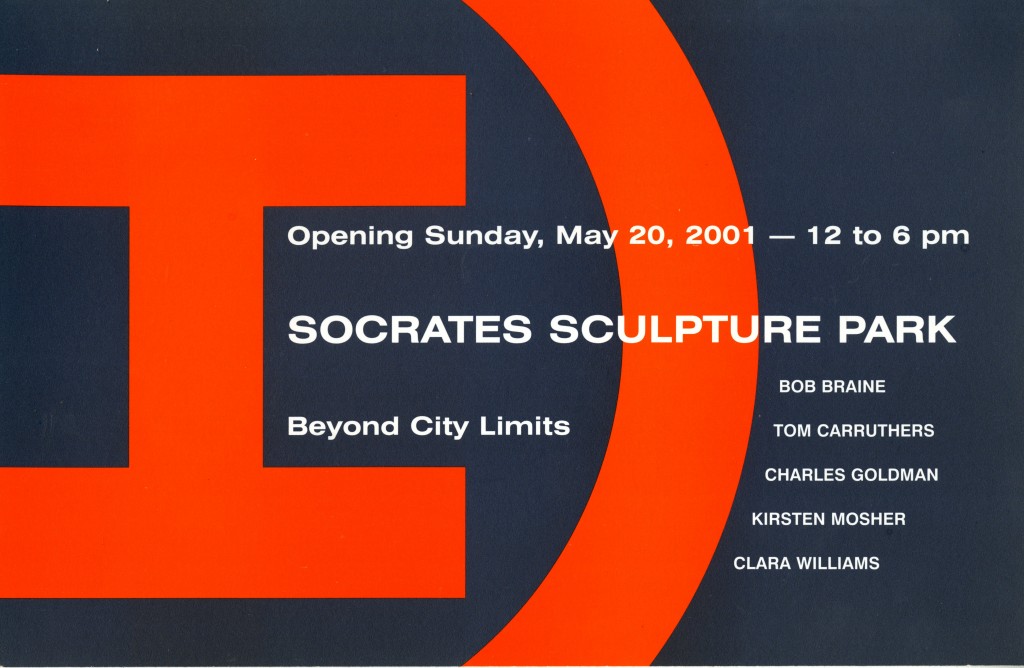 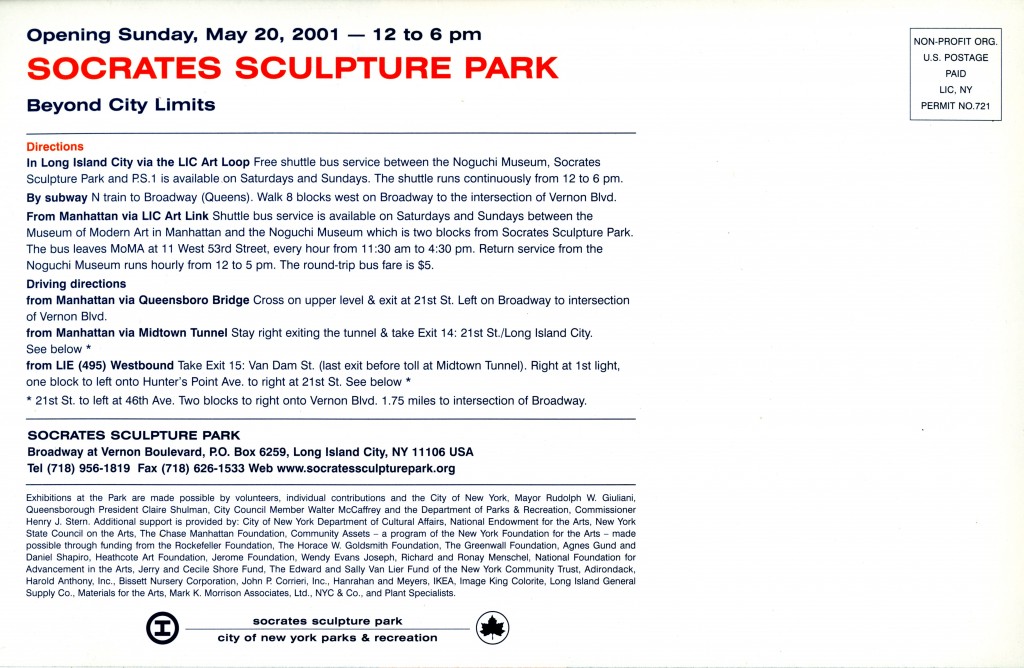 The artists have worked on site to create pieces that respond to the Park’s unique character as a natural environment in an industrial setting; a landscape inscribed by uses that have included a ferry terminal and an illegal dump, and culminated in a reclamation that produced a city park. Socrates Sculpture Park represents a meeting point of the commercial, municipal, and natural uses of land, and for this exhibition the four and a half acre waterfront lot is a platform for addressing ideas about the ways in which the contemporary landscape is defined, observed, and charted.