Mostly cloudy and 41° in Queens

Mostly cloudy and 41° in Queens The background color of this website changes based on current sky conditions in New York City.

Beyond the Hedges (Slivered Gazebo) 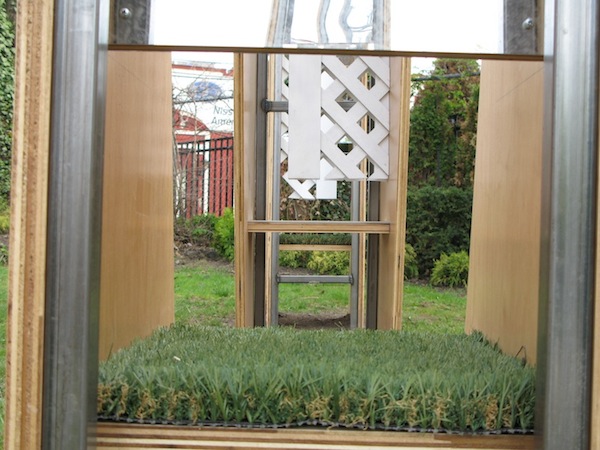 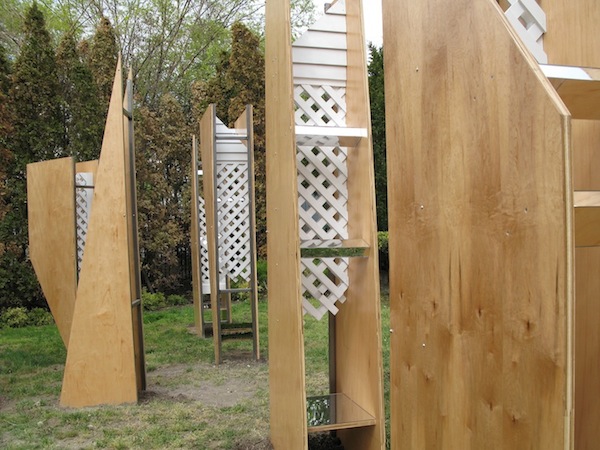 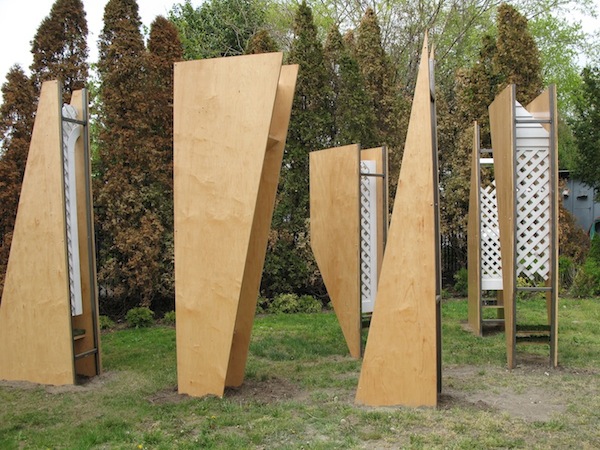 Beyond the Hedges (Slivered Gazebo) inverted the routine relationships we have with our surroundings by restructuring the familiar and reimagining architectural experiences. While many experience architecture in a state of distraction, Beyond the Hedges invited park visitors to focus beyond our current space.

For her project at Socrates, Rowe interpreted the traditional gazebo or trellis—structures typically placed within a park to frame picturesque views—as a sliced and cropped dimensional space that, sandwiched between pieces of plywood, becomes the framed view. Inspired by Peter Joel Harrison’s illustrated book Gazebos and Trellises, the plywood shapes suspended fragile moments of the garden pavilion, frozen in precarious states of decay or undoing. Complicating the internal network of latticework were mirrored insertions, offering an active relationship to the natural surrounds and Park visitors.