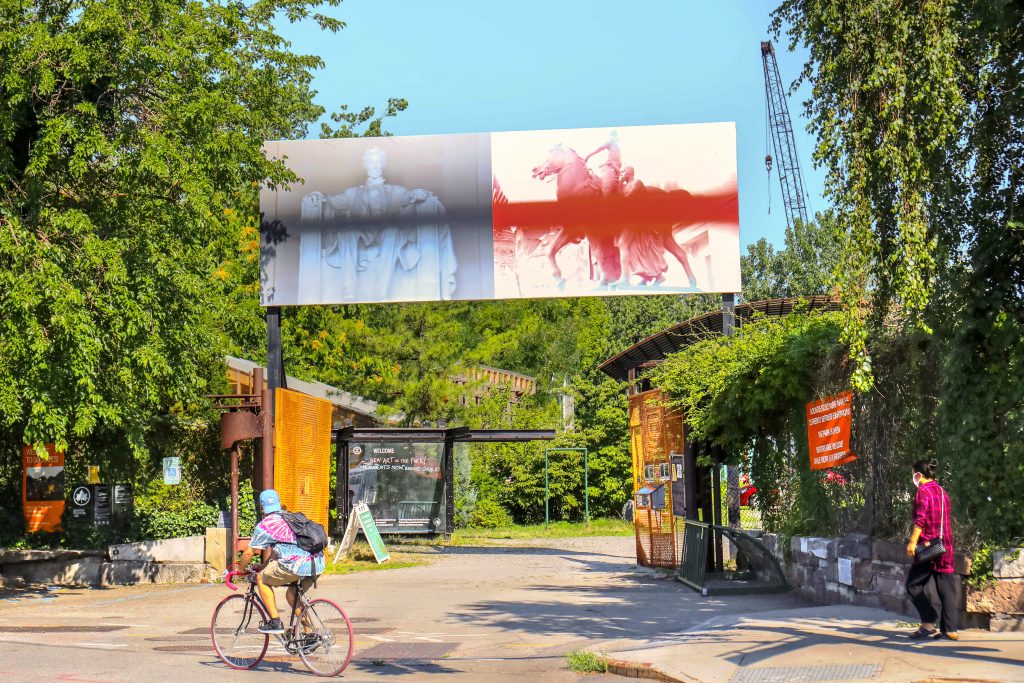 ‘In Praise of Famous Men No More’

In conjunction with the ‘MONUMENTS NOW‘ exhibition, the Broadway Billboard above the Park’s main entrance features Nona Faustine’s ‘In Praise of Famous Men No More’ – a photographic rendering of two 19th-century monuments to American presidents that probes at the power and integrity of these symbolic icons.