Partly cloudy and 42° in Queens

Partly cloudy and 42° in Queens The background color of this website changes based on current sky conditions in New York City. 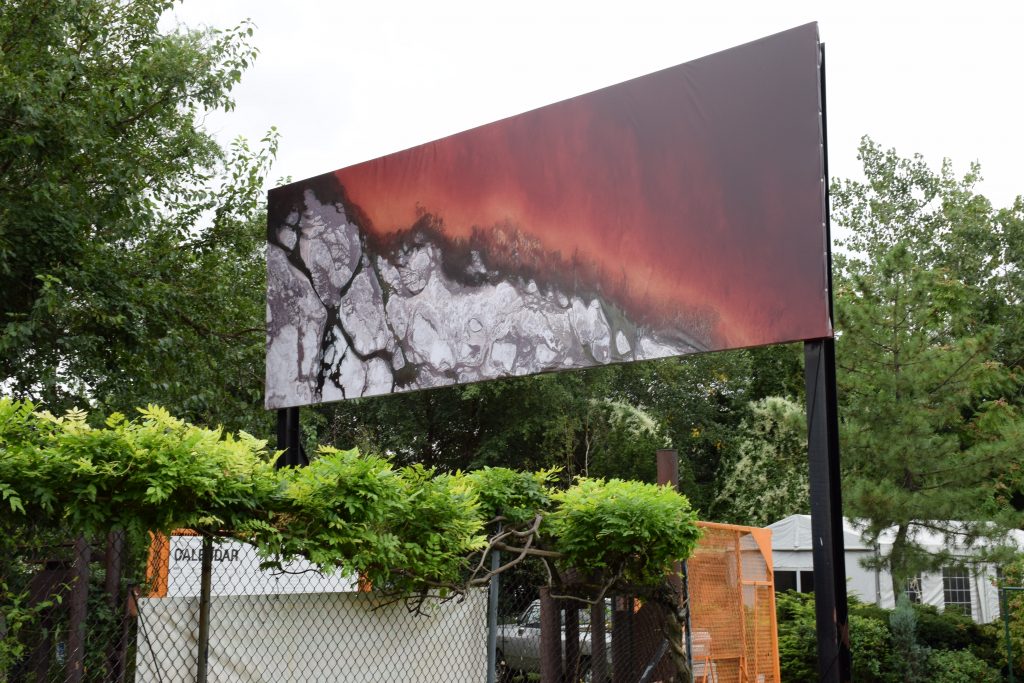 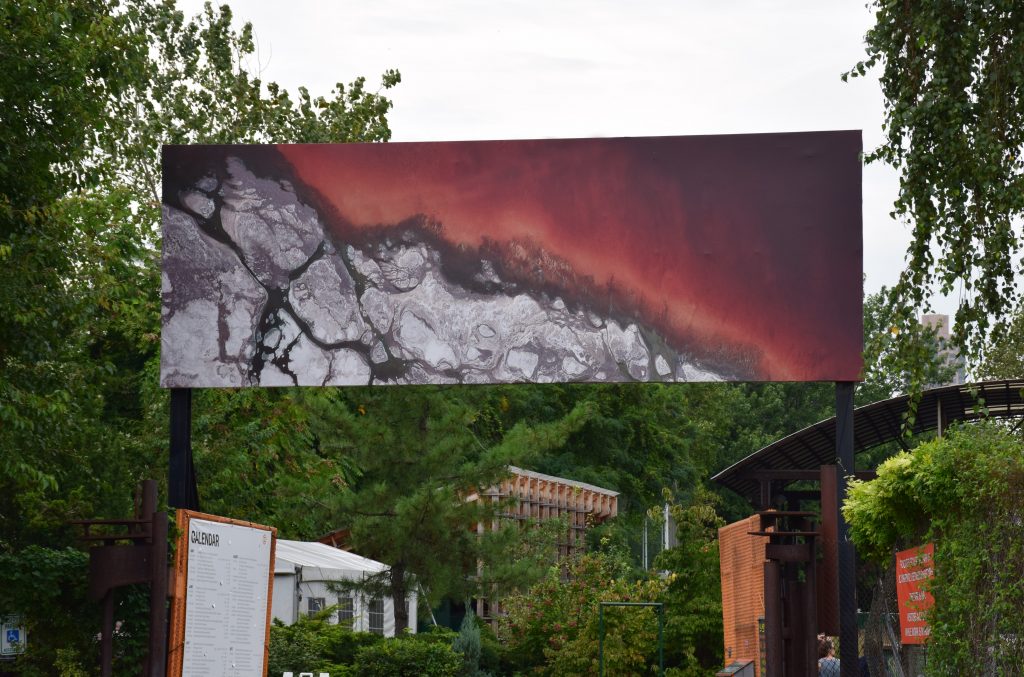 Socrates Sculpture Park is pleased to announce a new Broadway Billboard by David Maisel, on view October 7, 2018 to March 10, 2019.  Maisel’s Billboard, The Lake Project 62 (detail), is cropped from a photograph within a series of aerial images of a California lake that traces the changes of human intervention on the site.

The artist’s subject – Owens Lake – is at the center of the infamous California water wars of the late 19th and early 20th centuries. In 1913 the Los Angeles Aqueduct began to divert water from the Owens River to the newly expanding city, while Los Angeles Department of Water and Power (LADWP) simultaneously maneuvered to acquire the majority water rights. In little over a decade Owens Lake became desiccated, disrupting the migratory bird feeding ground ecology and devastating the ranching economy in the valley. The water depletion uncovered minerals beds that disperse carcinogenic dust by the location’s strong winds. By the 2000’s the site was identified as the greatest source of particulate air pollution in the United States, emitting cadmium, chromium, arsenic, chlorine and other powdered toxins.

Maisel initiated The Lake Project in 2001, documenting the otherworldly topography created by years of human intervention. Around this time, the LADWP began efforts to mitigate and control the dust pollution, restoring limited water flow to the lake under EPA supervision. Maisel visited again in 2002, shortly after the dust mitigation program began, and again in 2015, when he captured this image of Owens Lake’s west shore near Cottonwood Spring.

The crimson portion of the image is a pool of briny water colored by microscopic bacteria that live within. In the lower left corner, the barren lakebed playa crops up through the shallow water in the white islands. This area is braided with dark green drainage paths from the seeps and springs that assist the limited return of native salt grasses.

Maisel’s Lake Project 62 (detail) expands Socrates’ imperative to present art that examines land use and environmental sustainability. While Owens Lake is geographically and ecologically distinct from the Park’s own New York City waterfront location, the Billboard acknowledges global trends of water scarcity, air contaminants, and environmental destruction that can be caused by unregulated land-use issues pertinent to the Park. Yet, Maisel’s photograph exceeds purely documentary or pedagogical function. It simultaneously allures with abstract composition and repels with knowledge of their subject. At Socrates Sculpture Park, this otherworldly landscape can be a site of reflection for contradictions and our complicity in the face of looming environmental destruction. As the word ‘detail’ in the title suggests, Owens Lake is only a small element in the larger picture of the planet’s degradation.

David Maisel (b. 1961, New York City) works primarily in photography and video. His work has been shown internationally, including exhibitions at the Seoul Arts Center, the Victoria & Albert Museum, and the Los Angeles County Museum of Art. His 2013 solo exhibition Black Maps: American Landscape and the Apocalyptic Sublime traveled from the CU Boulder Art Museum to the Scottsdale Museum of Contemporary Art and the University of New Mexico Art Museum, among other venues. Maisel has also been the subject of symposia at the New York Institute for the Humanities at New York University and the Harvard University Graduate School of Design. In 2018, he received a Guggenheim Fellowship in the Creative Arts. Maisel received his BA from Princeton University and his MFA from California College from the Arts. He currently resides in San Francisco.