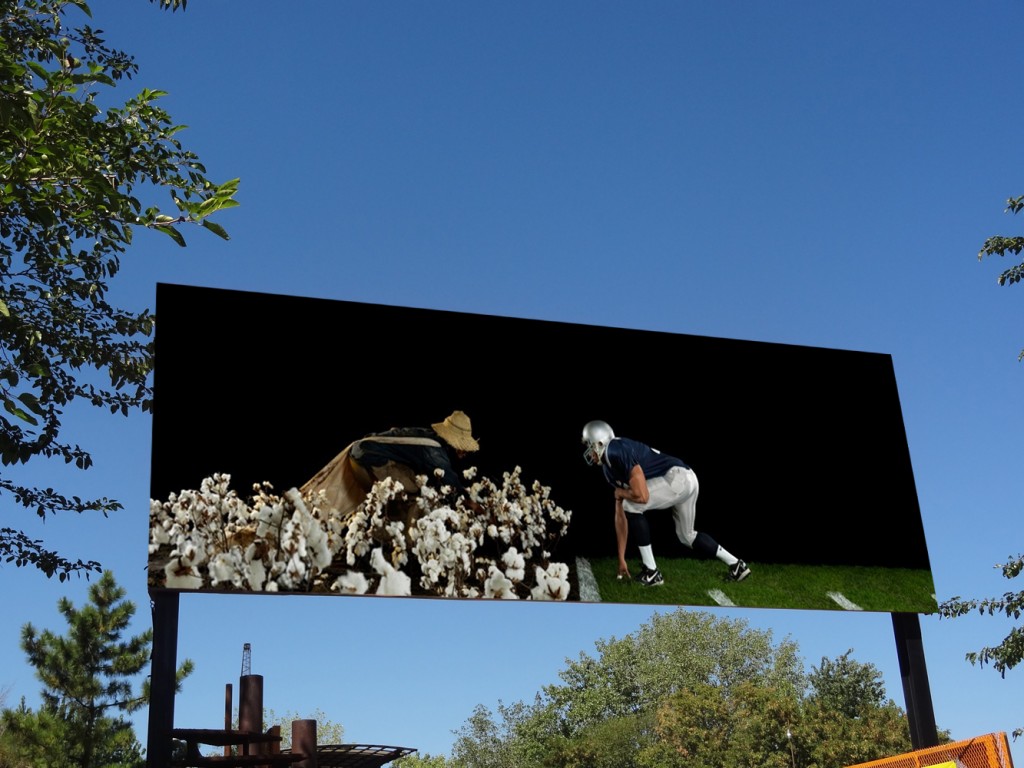 As part of LANDMARK, artist Hank Willis Thomas is featured at the exhibition’s entrance as the latest Broadway Billboard.

Willis Thomas’s striking photograph From Cain’t See in the Morning Till Cain’t See at Night (from Strange Fruit), 2011 confronts park visitors as they enter the park. It depicts two black men facing each other: a football player in a three point stance and a laborer crouching among cotton plants, their faces obscured by helmet and straw hat. One may imagine that history is the line that divides the ground on which they stand, as cotton field abuts playing field. Viewers are left to consider the image’s ambiguous implications about the relationship between land, labor, and American history and culture. The billboard location highlights Hank Willis Thomas’s broader dialogue about depictions of the black male body in mass media and advertising in particular, and their social and political ramifications.  The threshold of the park is an apt location for the work of this alumnus of the park’s Emerging Artist Fellowship (EAF06) as it addresses how public images mold inner lives.

Image credit
Hank Willis Thomas
From Cain’t See in the Mornin’ Till Cain’t See Till Night, (From Strange Fruit) 2011
Rendering of Broadway Billboard 2016
Courtesy of the Artist and Jack Shainman Gallery, New York