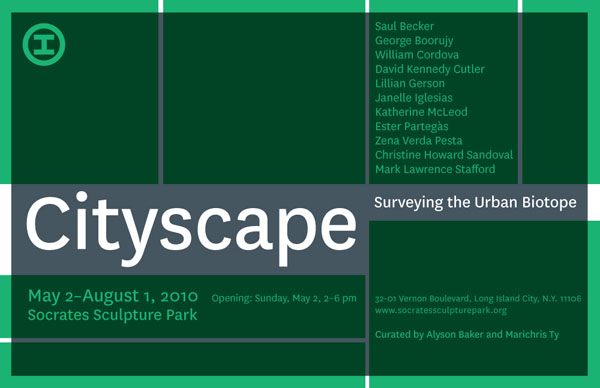 The introduction or invasion of plants and animals in the cityscape symbolizes a broad scope of conditions and dynamics — from far reaching social, political, economic and aesthetic issues to an individual’s relationship with their immediate surroundings. Nature’s presence in the urban environment can take many forms: green roofs, community gardens, city parks, corporate plazas; Peregrine Falcons nesting on 5th Avenue balconies; vast populations of rats and pigeons that have readily adapted to the habitat of busy streets; Ailanthus trees growing from crumbling buildings, abandoned construction sites, and cracks in the sidewalk. This range from invited and cultivated to invasive and insidious represents everything from the most innovative urban planning and a trend towards the greening of cities, to a symptom of and contributor to the decay of the built environment.