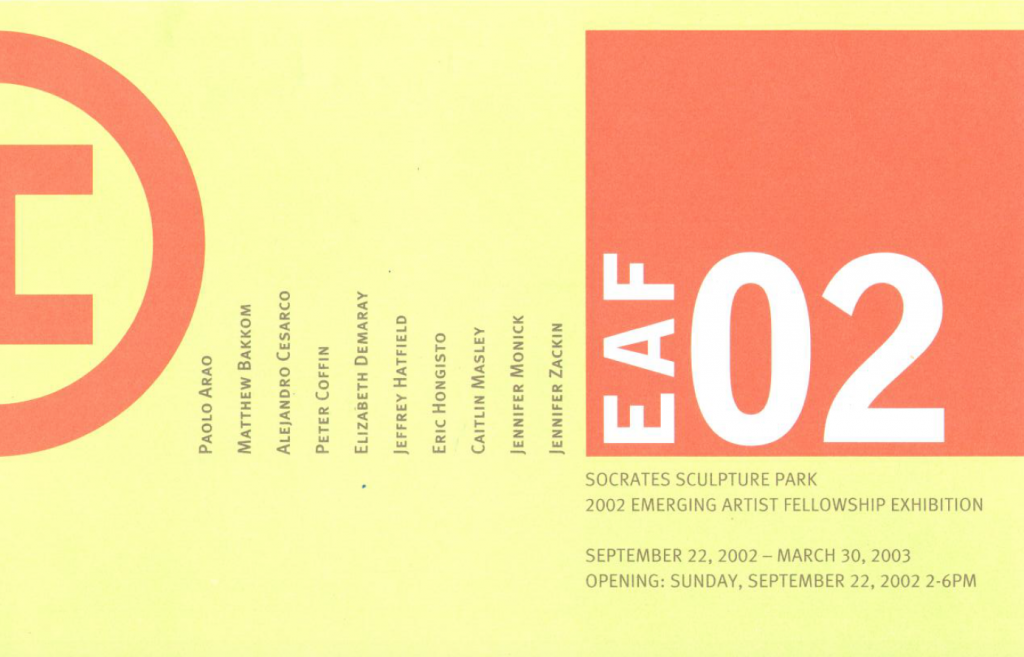 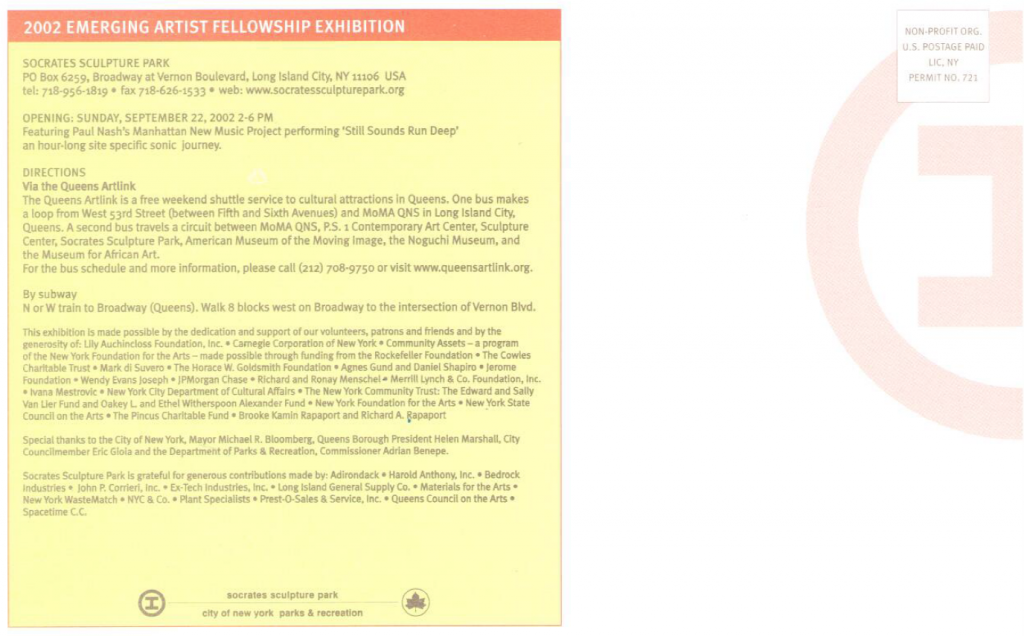 For over fifteen years, Socrates Sculpture Park has been committed to giving emerging artists a chance to work outside the confines of a traditional studio environment in a community that is supportive and encouraging, and to follow new directions in their work, realize ambitious projects, and exhibit in an open, professional forum. The Park is a laboratory where experimentation and innovation expand, reinvent and redefine the tradition of art in public spaces.