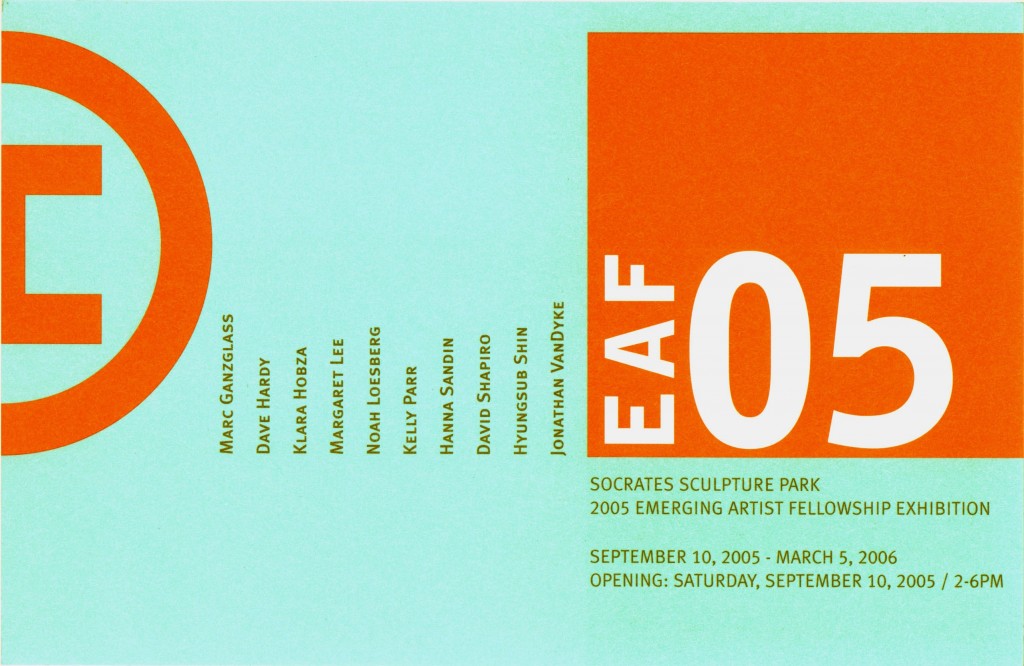 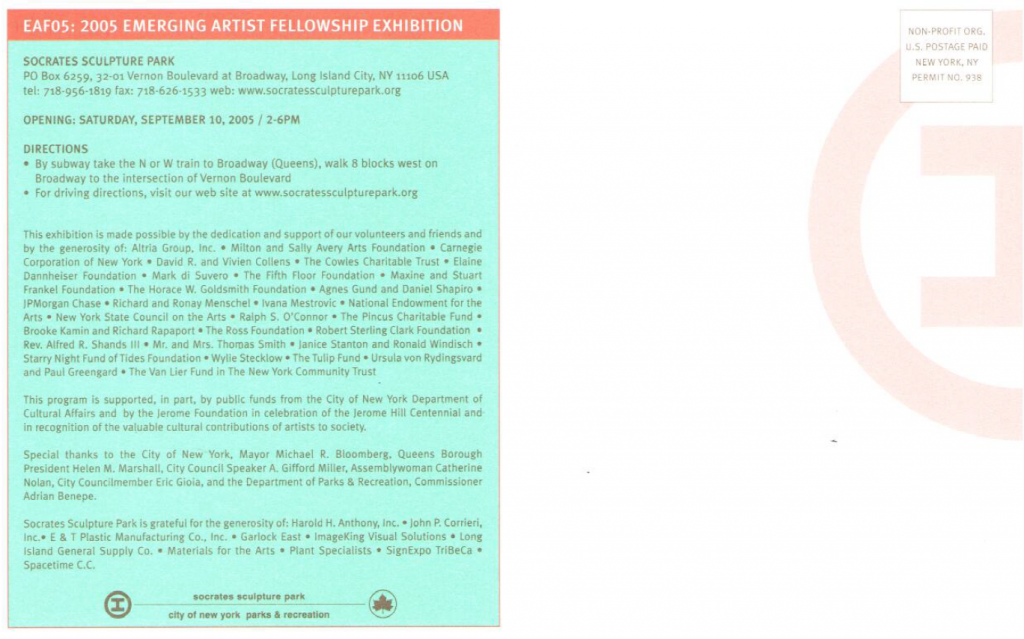 The artists are selected through an open call for proposals and are awarded a grant and a residency in the Park’s outdoor studio. Fellowship artists are also provided with technical support and access to tools, materials and equipment to facilitate the production of large-scale public sculptures for exhibition in the Park. Representing a broad range of materials, working methods and subject matter, the diverse sculptural works in this exhibition are presented against the Park’s spectacular waterfront view of the Manhattan skyline.

The exhibition opening reception will feature a performance by 3 of Clubs, a trio of teenage performers who entertain crowds with acrobatics, juggling, magic, and stiltwalking. Their 45-minute shows will begin at 2:00 and 5:00 pm.