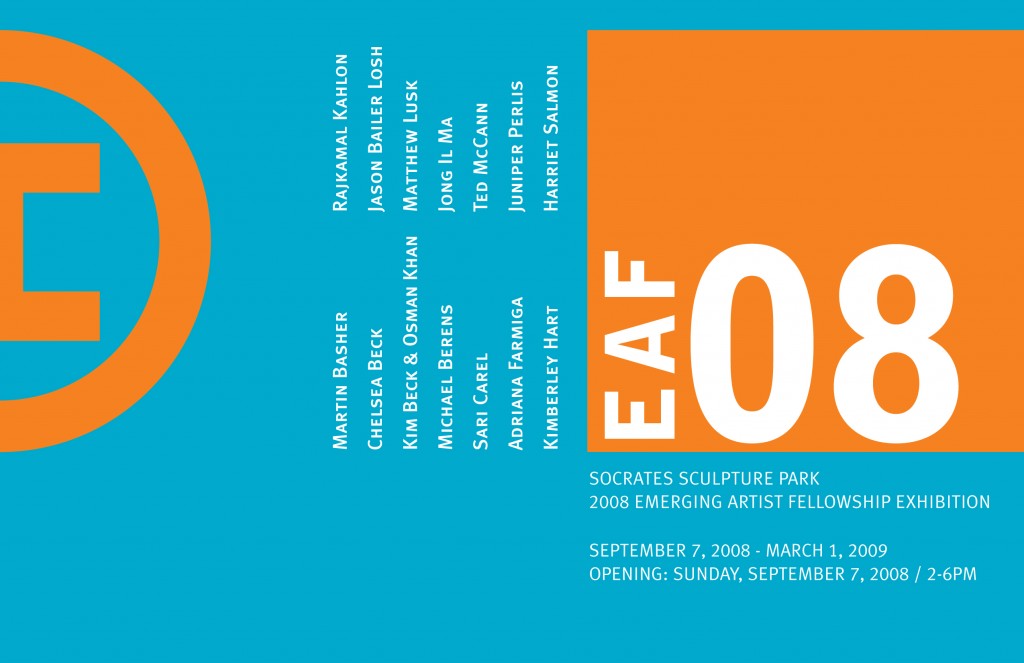 Fellowship artists are awarded a $5,000 grant and a residency in the Park’s outdoor studio, and are also provided with technical support and access to tools, materials and equipment to facilitate the production of new sculptures and installations for exhibition in the Park. The fellows develop their projects throughout the summer in the open studio and on site in the landscape, offering visitors the opportunity to experience both the creation and presentation of their works. Representing a broad range of materials, working methods and subject matter, the diverse sculptural works in this exhibition are presented against the Park’s spectacular waterfront view of the Manhattan skyline.