Partly cloudy and 40° in Queens

Partly cloudy and 40° in Queens The background color of this website changes based on current sky conditions in New York City. 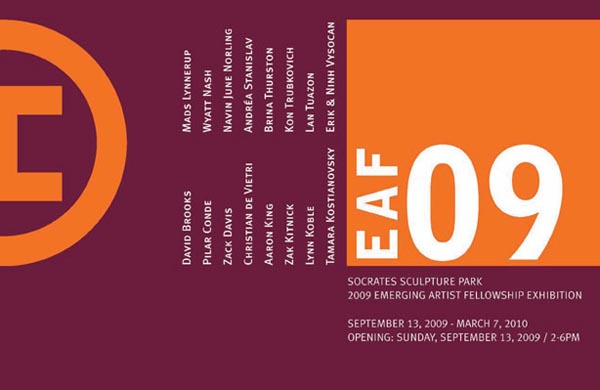 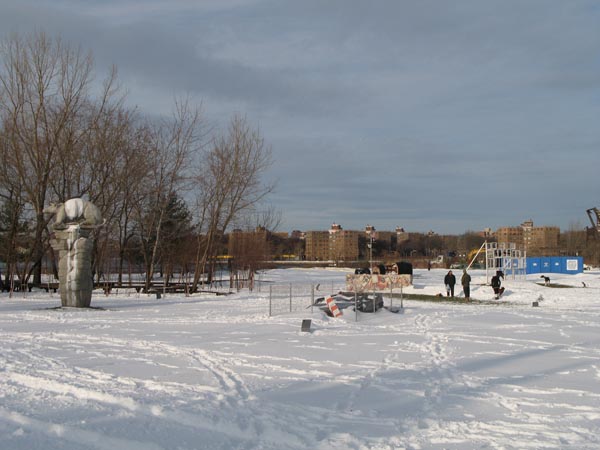 Fellowship artists are awarded a grant and a residency in the Park’s outdoor studio and are also provided with technical support and access to tools, materials and equipment to facilitate the production of new sculptures and installations for exhibition in the Park.The artists develop their projects throughout the summer in the open studio and on site in the landscape, offering visitors the opportunity to experience both the creation and presentation of their works.Representing a broad range of materials, working methods and subject matter, the diverse sculptural works in this exhibition are presented against the Park’s spectacular waterfront view of the Manhattan skyline.

Emerging Artist Fellows are selected annually through an open application process and reviewed by a committee composed of the Park’s Executive Director; past EAF recipients; established artists who have shown a commitment to mentoring and advocating for younger artists; as well as writers, gallerists, and curators who have special knowledge of contemporary art.The 2009 Advisory Committee members were: Kara Walker, artist; Neville Wakefield, curator; Martha Schwendener, writer; Vandana Jain, EAF07 fellowship artist; and Amy Smith-Stewart, gallerist.

This exhibition is made possible by the dedication and support of our volunteers and friends and by the generosity of: Milton and Sally Avery Arts Foundation; Carnegie Corporation of New York; Charina Endowment Fund; The Cowles Charitable Trust; The Dedalus Foundation; Mark di Suvero; Foundation for Contemporary Arts; Maxine and Stuart Frankel Foundation; Agnes Gund; Hugh and Tiziana Hardy; Jerome Foundation; The Peter T. Joseph Foundation; Gabrielle and Herbert Kayden; Richard and Ronay Menschel; Ivana Mestovic; The New York Community Trust; Brooke Kamin Rapaport and Richard A. Rapaport; Rev. Alfred R. Shands III; Mr. and Mrs. Thomas Smith; Janice Stanton and Ronald Windisch; Starry Night Fund of Tides Foundation; Ursula von Rydingsvard and Paul Greengard; The Andy Warhol Foundation for the Visual. Additional support has been provided by the National Endowment for the Arts and the American Recovery and Reinvestment Act of 2009.