Folly/Function 2019: ‘Objects In Mirror Are Closer Than They Appear’ 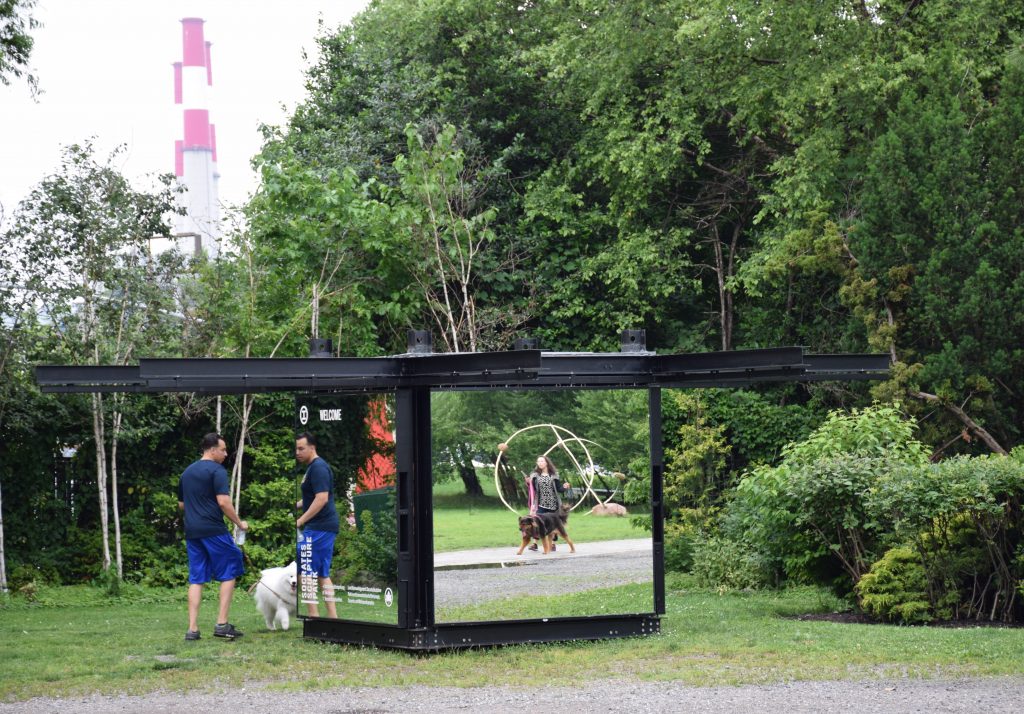 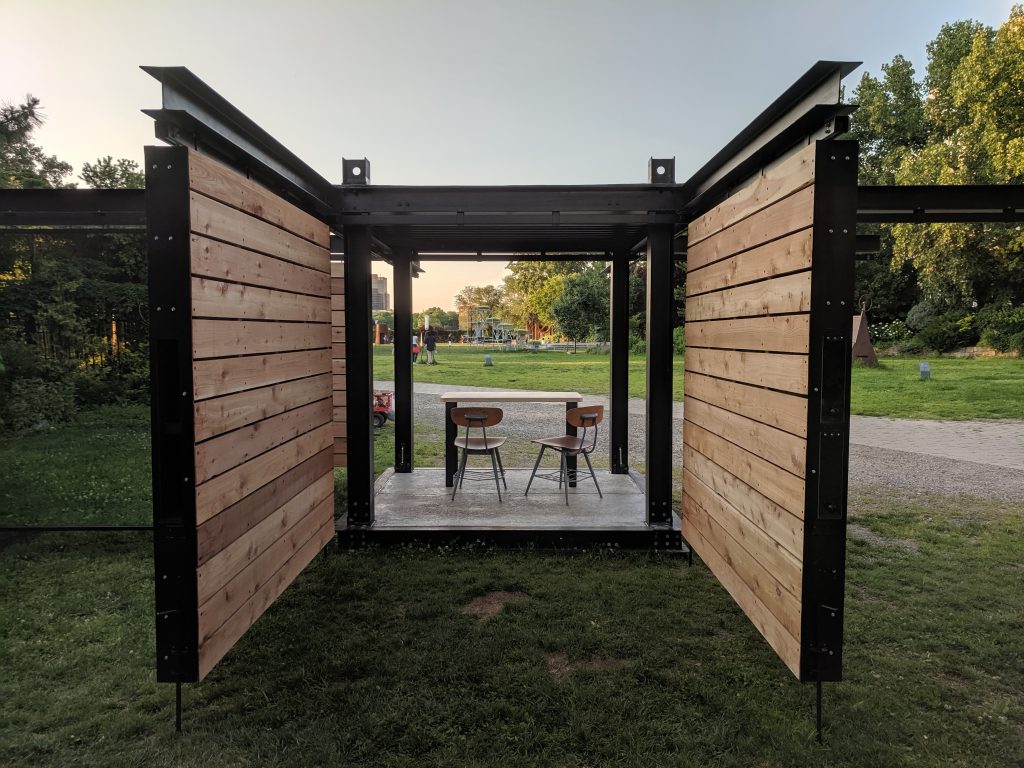 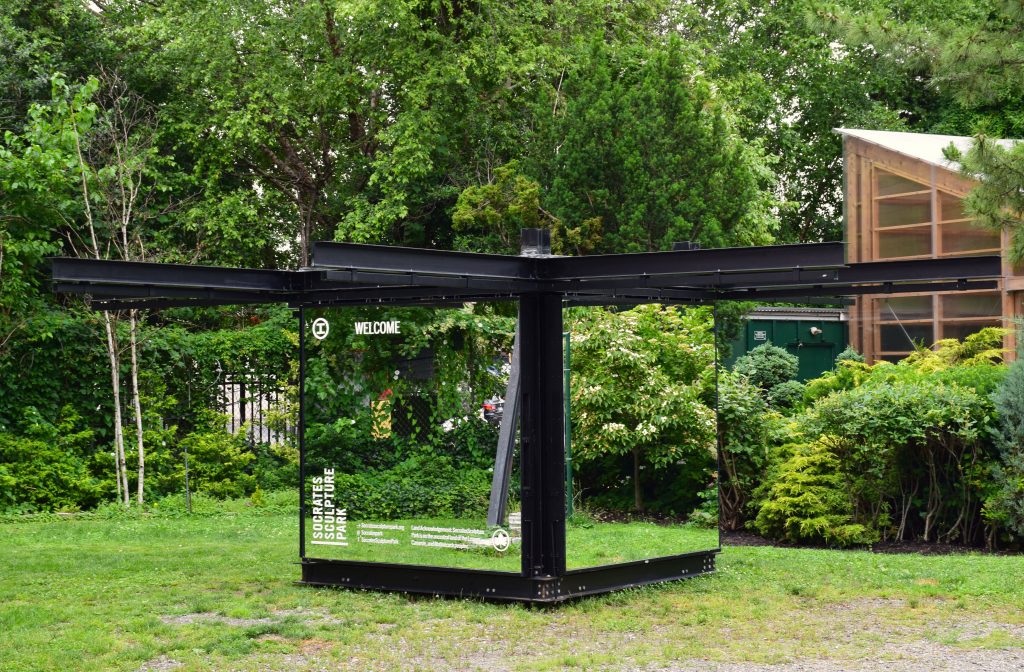 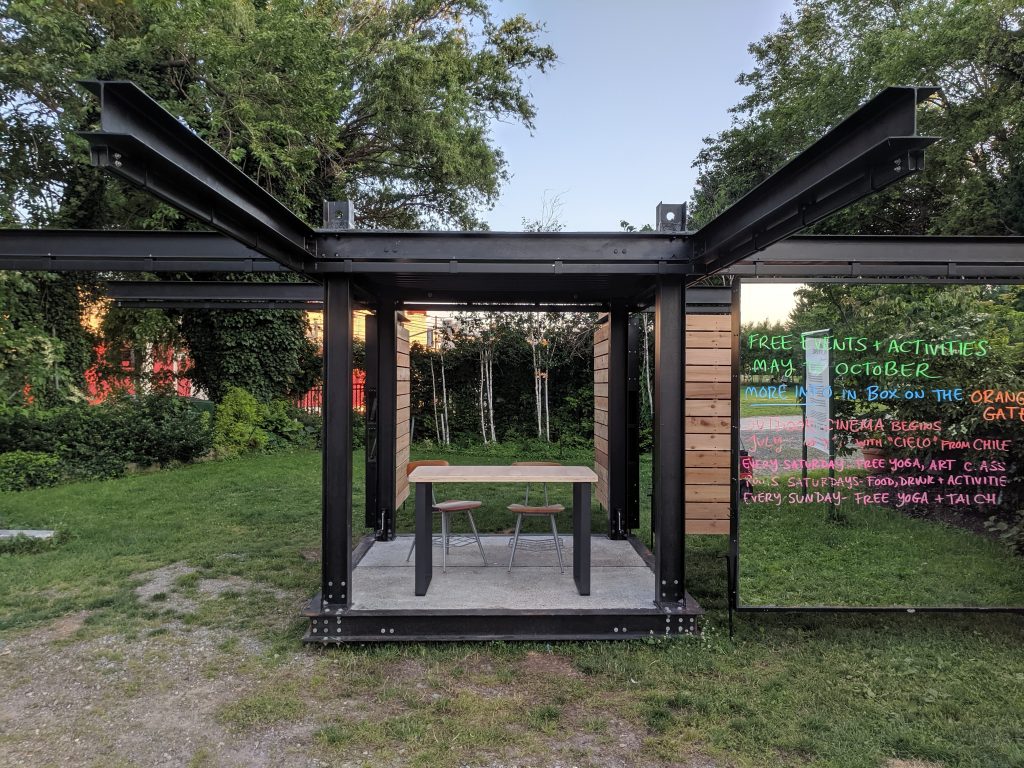 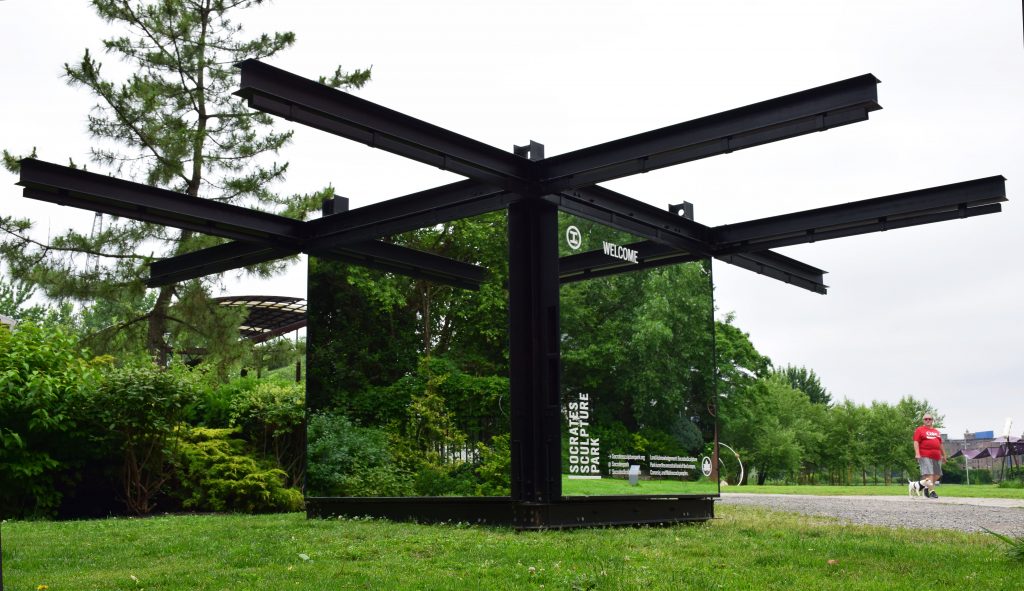 School Studio’s innovative design maintains the functional intent of a kiosk – to impart information – while blending into the landscape creating a paradox of visibility and invisibility. The structure’s mirrored surfaces reflect the sky, landscape, and sculptures, while its steel armature echoes the Park’s industrial roots. Sliding wall extensions reveal the interior and allow for multiple structural configurations.

Seen from afar, when the mirrored doors of the kiosk are closed, the structure melts into the scenery. Up close, the kiosk signage is revealed to the viewer, and the mirrored surface allows visitors to view a reflection of themselves and the Park.

“School Studio’s proposal immediately stood out as our winner, in my mind. Their design at once captures the history of Socrates Sculpture Park and, quite literally, reflects where we are today. Its playful approach to functionality is both elegant and industrious while offering adaptability to our ever-changing needs.”
— John Hatfield, former Executive Director, Socrates Sculpture Park

The clarity of the kiosk’s exposed I-beam frame contrasts with the illusion of the mirrored surface. The interior of each wall-door features cedar boarding and a flexible hook system to maximize the kiosk’s potential for storage and display. Inside, simple plywood furniture and cabinetry complement the architecture of the structural frame. These details emphasize the materiality of the kiosk’s construction and realize the Park’s aim to highlight the creative process from start to finish.

Folly/Function is an annual juried competition challenging architects to design and build a large-scale project for Socrates Sculpture Park’s visitors. Jointly directed by Socrates and The Architectural League of New York, the program addresses the intersection of architecture and sculpture in public space.

Folly/Function began in 2012 as “Folly,” inviting architects and designers to explore the conceptual framework of “follies,” temporary structures that intentionally served no utilitarian purpose.

By 2016, Folly’s fifth year, the popular program was recast as Folly/Function, a competition that invites entrants to fuse form with utility to design lasting Park infrastructure. The 2019 competition asked entrants to propose innovative solutions for a kiosk to serve as an information and visitor service hub and merchandise sales point.

School Studio is a Brooklyn based architecture and design practice led by Kyle Bigart and Kathryn Hoefler. Focusing on human-centered design at every scale, School takes a cross-disciplined collaborative stance on every project through a research and conceptual based approach.