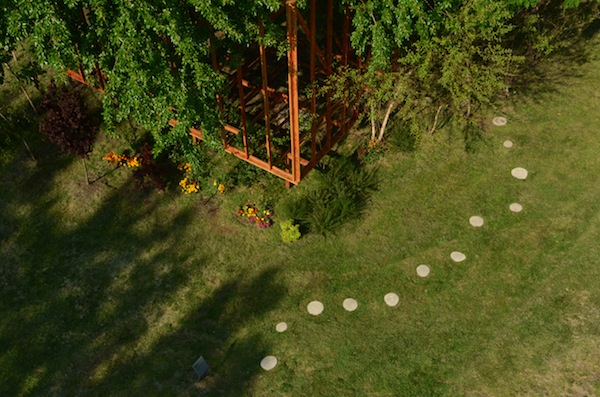 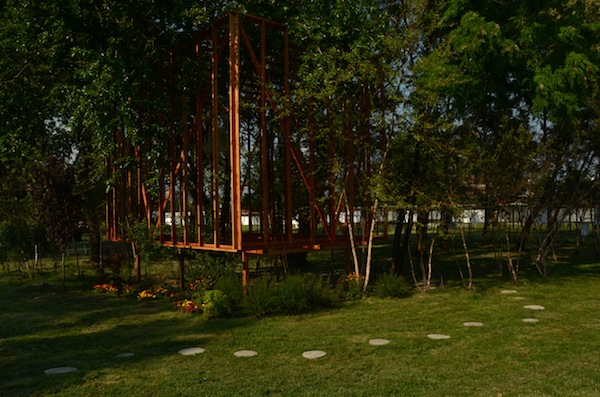 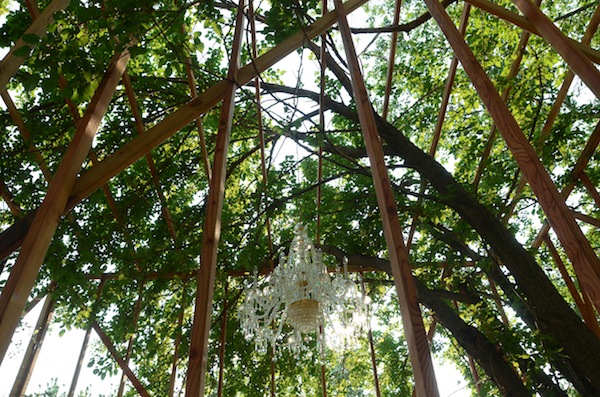 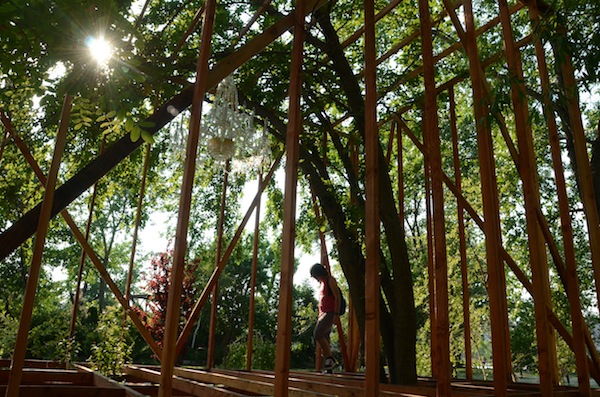 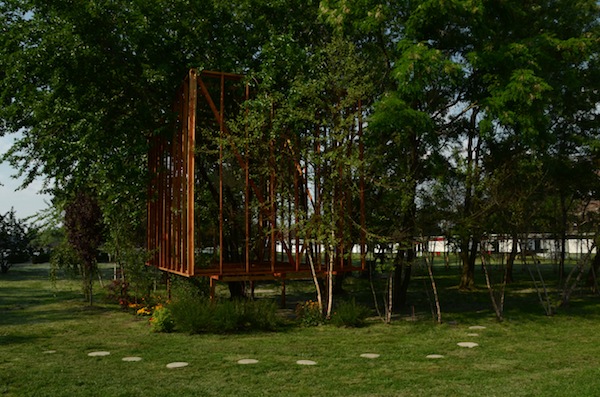 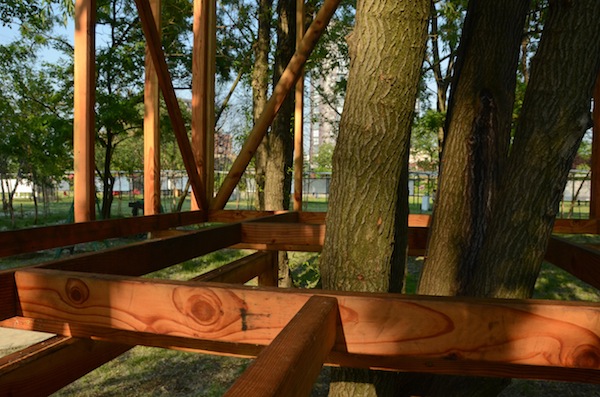 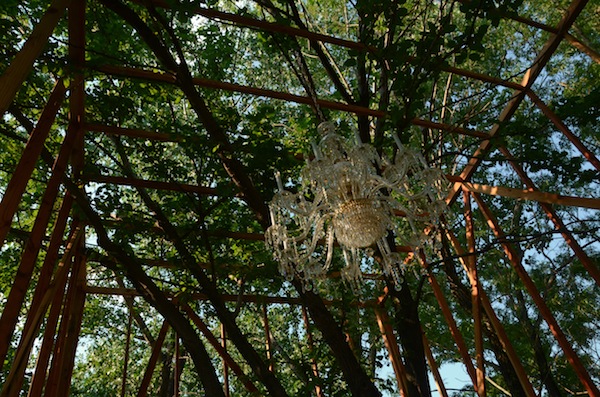 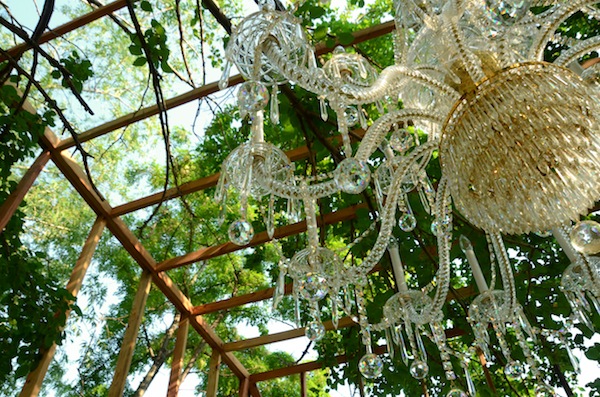 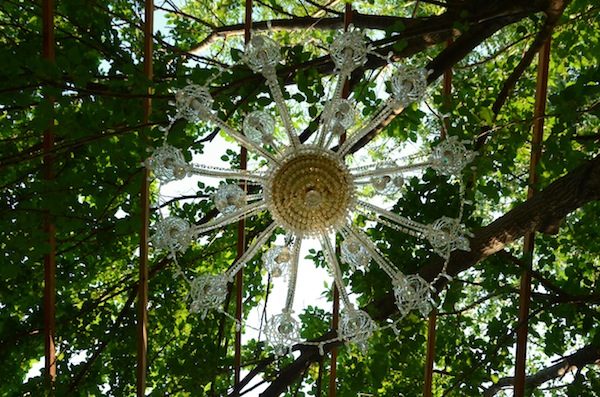 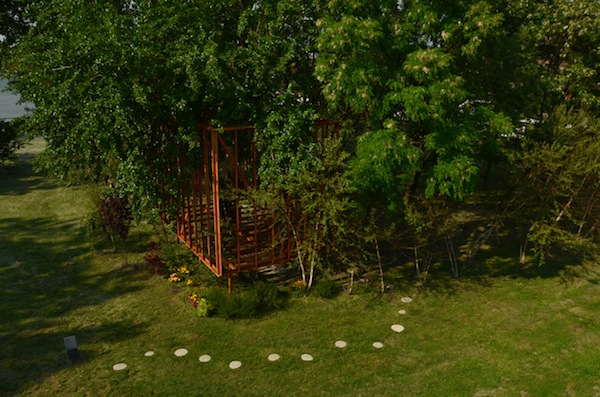 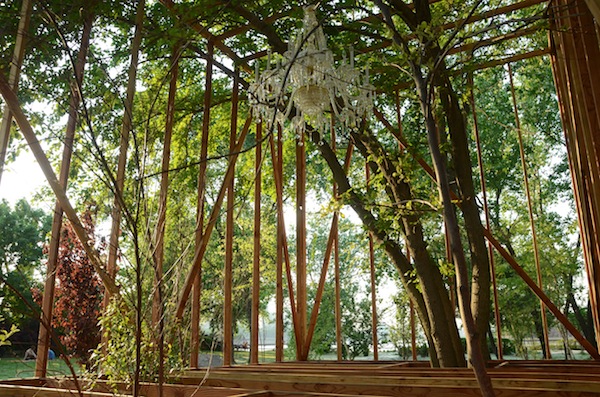 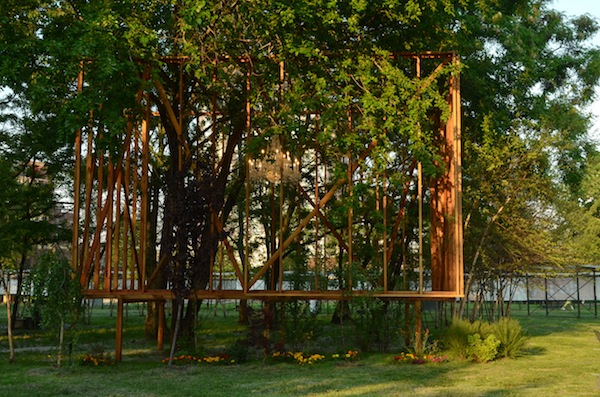 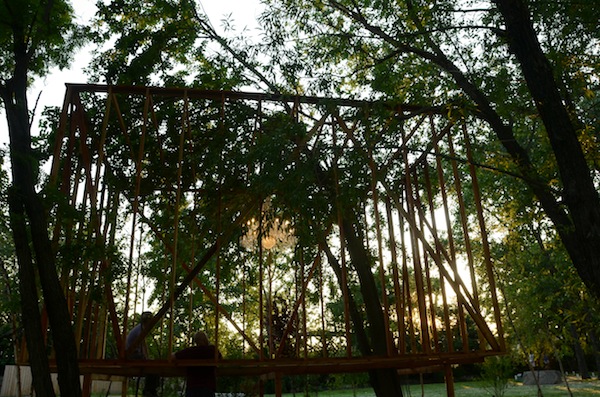 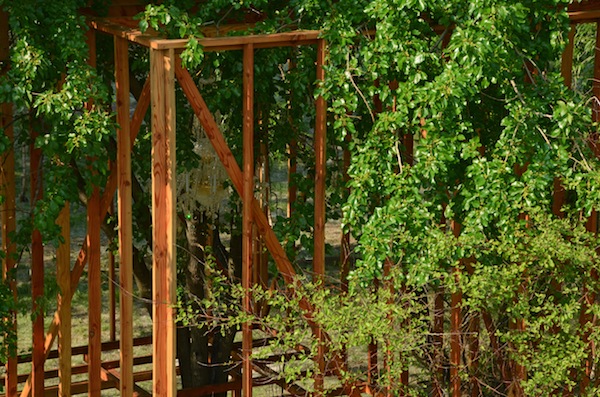 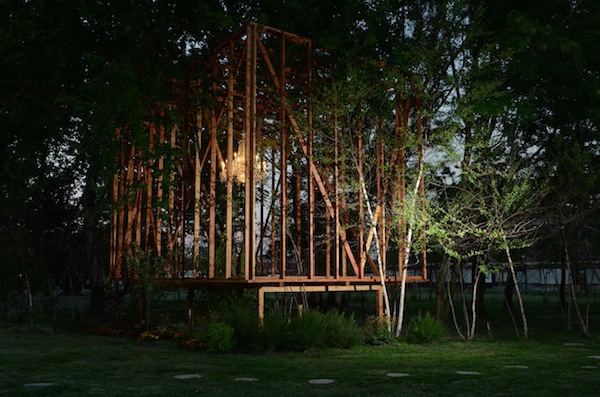 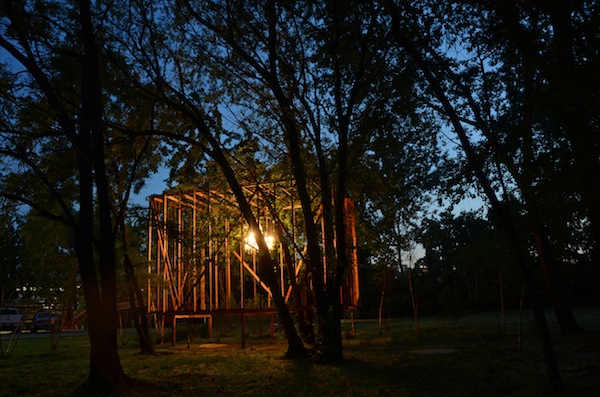 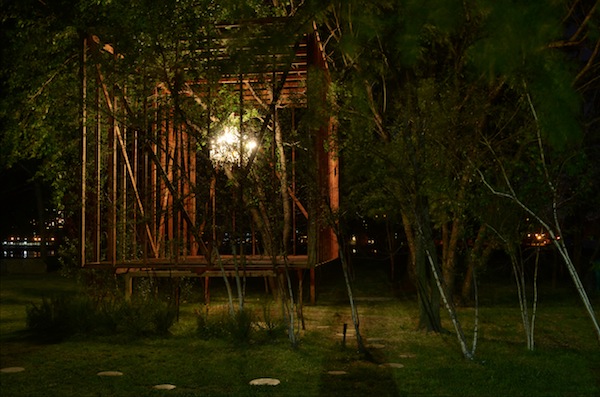 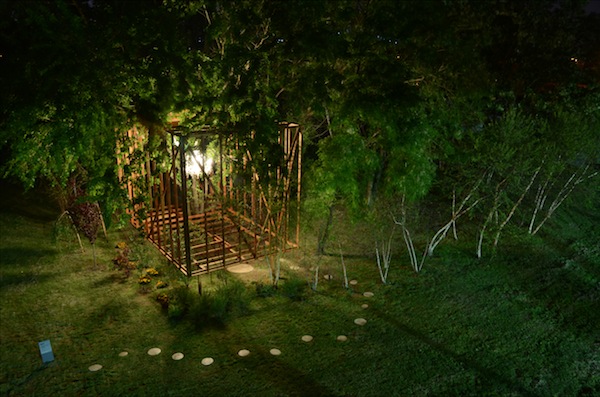 In April 2013 Socrates Sculpture Park and The Architectural League of New York announced the selection of Toshihiro Oki architect for tree wood as the winner of the 2013 “Folly” competition – an annual opportunity for emerging architects and designers to experiment and build large-scale projects for outdoor exhibition.

On view for from May 12, 2013  – March 30, 2014, tree wood was a rigid yet airy geometrical wooden structure placed within a grove of trees – a lush and dense area at Socrates Sculpture Park.  Visitors were able to peer into the structure through the floor beams where a formal, ornate chandelier was suspended.  The installation created a dialogue between built structures and systems with the irregular and organic.

ABOUT THE FOLLY PROGRAM

Socrates Sculpture Park and the League launched “Folly” in 2012 as a residency and exhibition program to explore the intersections between architecture and sculpture.  “Folly” quickly grew from a pilot initiative to a highly anticipated competition – 2013 submissions increased by 40% from the first year – for emerging architects and designers to conceive, design, build, and exhibit original works in the public realm.

The winner of the 2012 “Folly” competition was Curtain, a project conceived by architects Jerome W. Haferd and K Brandt Knapp.  Curtain, which closed on March 31, 2013, combined minimal structural framing with a mutable plastic chain that bisected the landscape from multiple angles, creating a voluminous whimsical interior space.

Socrates Sculpture Park’s Exhibition Program is supported by Bloomberg Philanthropies, Mark di Suvero, Lambent Foundation Fund of Tides Foundation, and Spacetime C.C. This  program is also supported, in part, by public funds from the New York State Council on the Arts with the support of Governor Andrew Cuomo and the New York State Legislature, and by public funds from the City of New York Department of Cultural Affairs in partnership with the City Council.