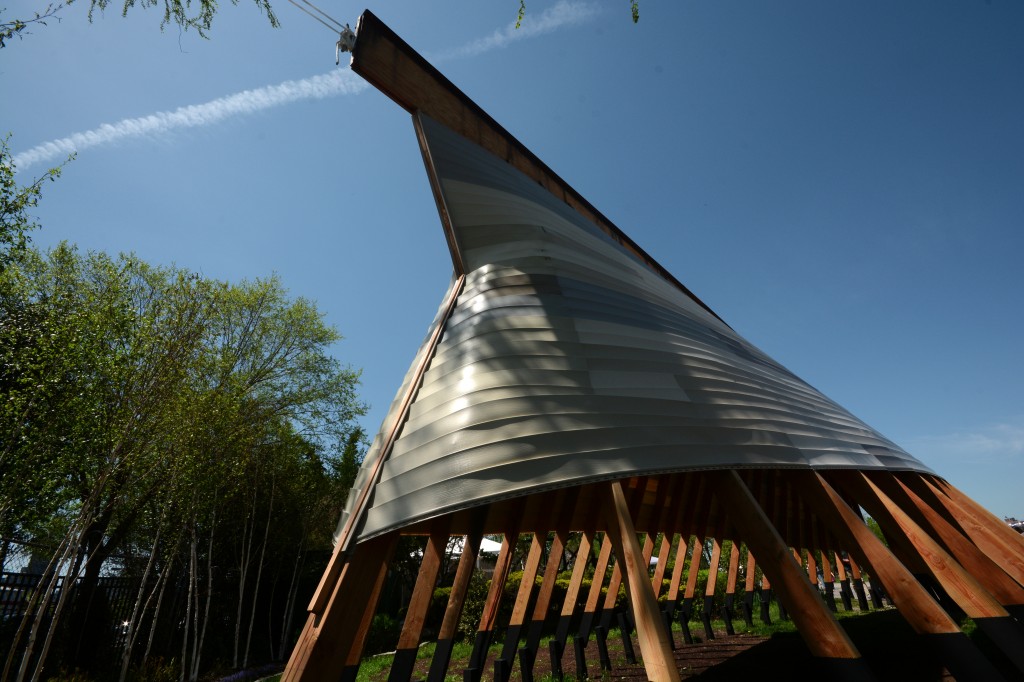 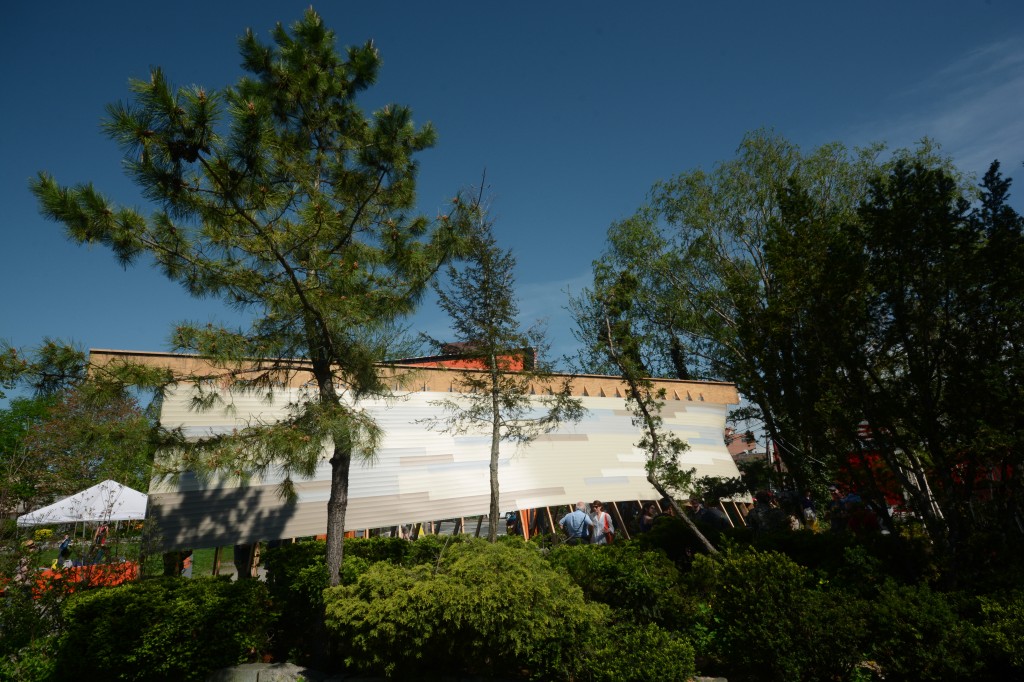 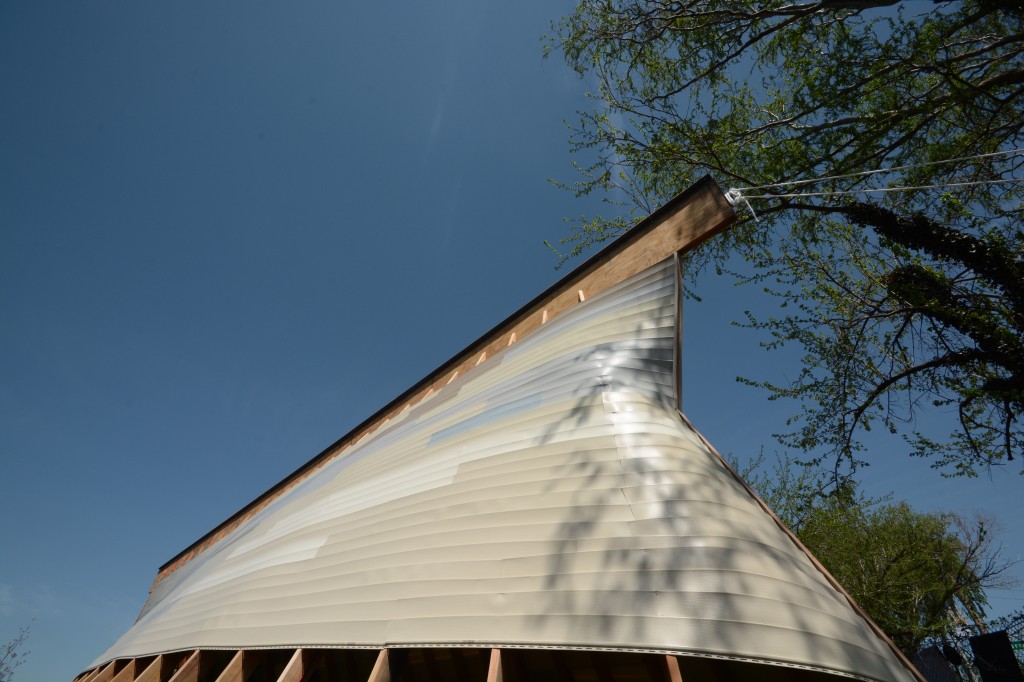 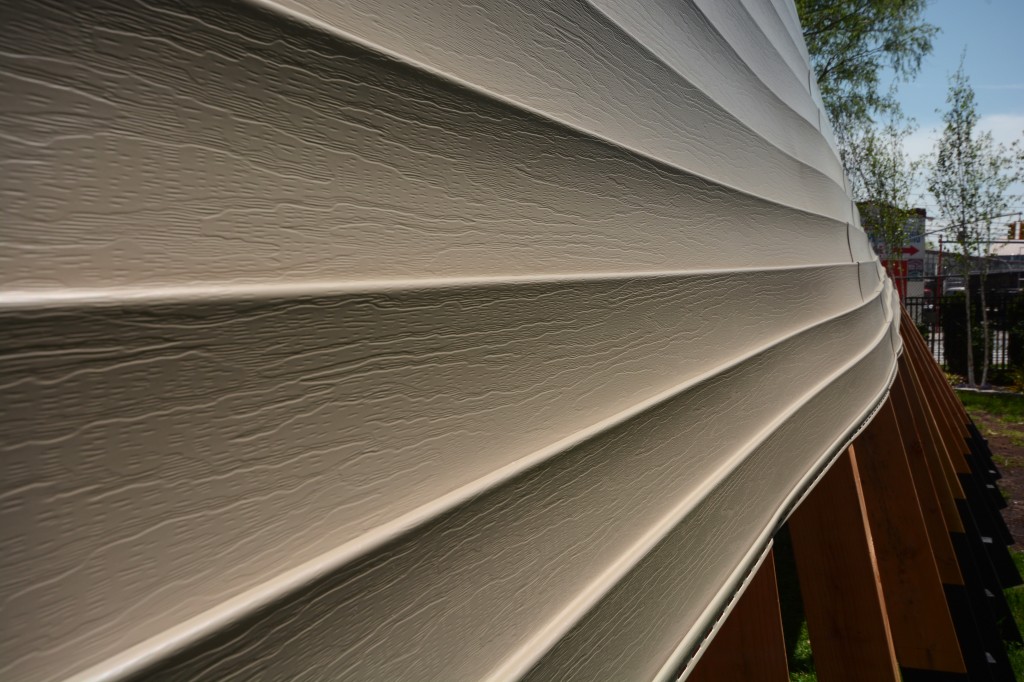 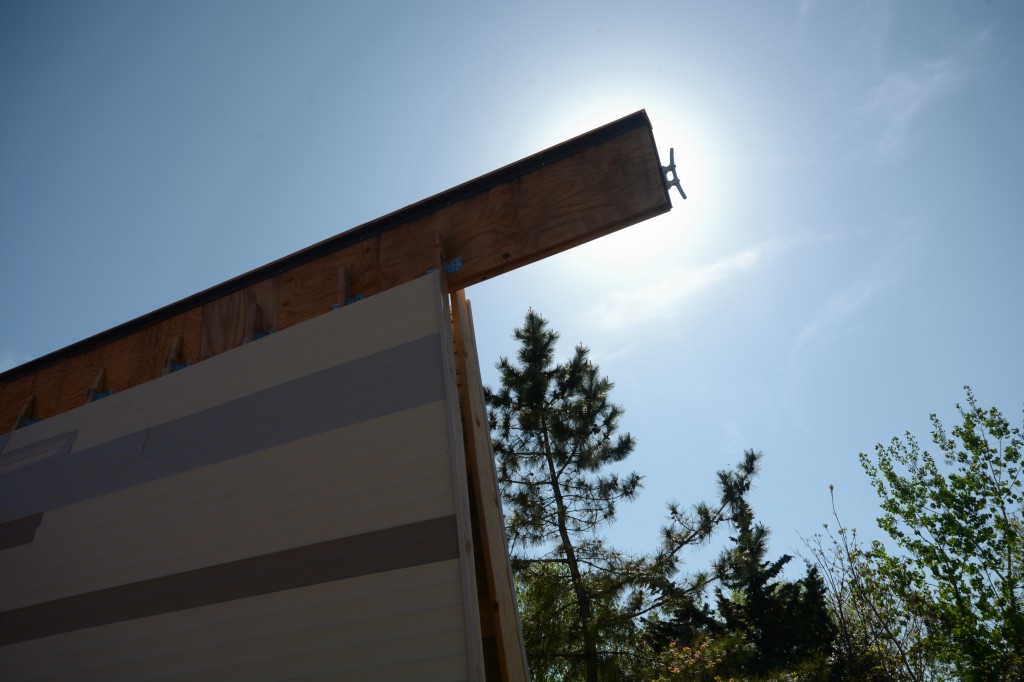 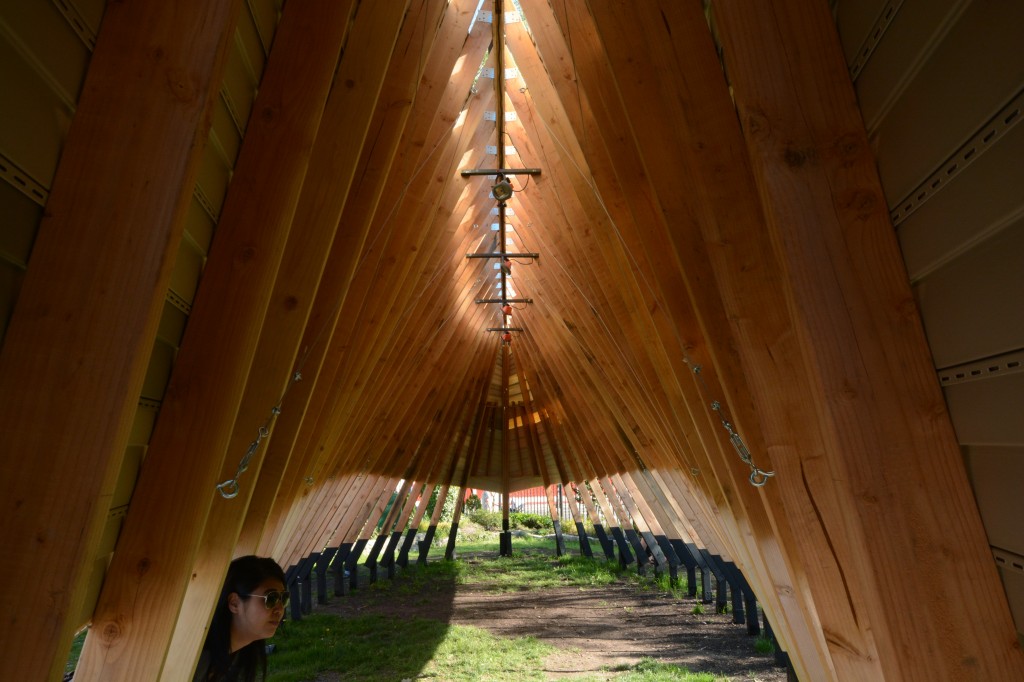 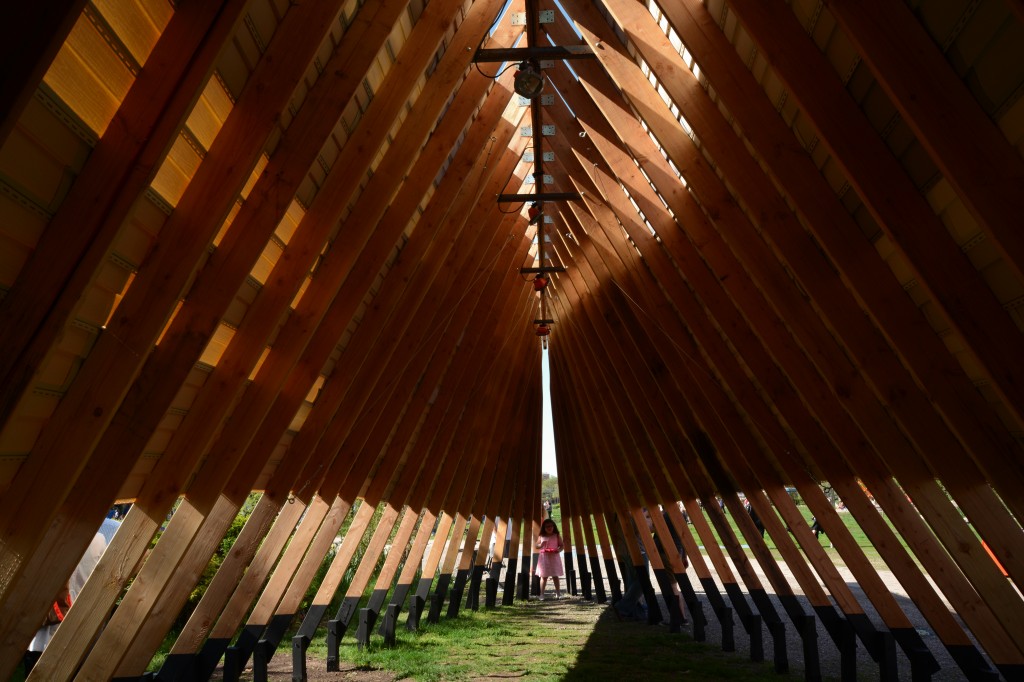 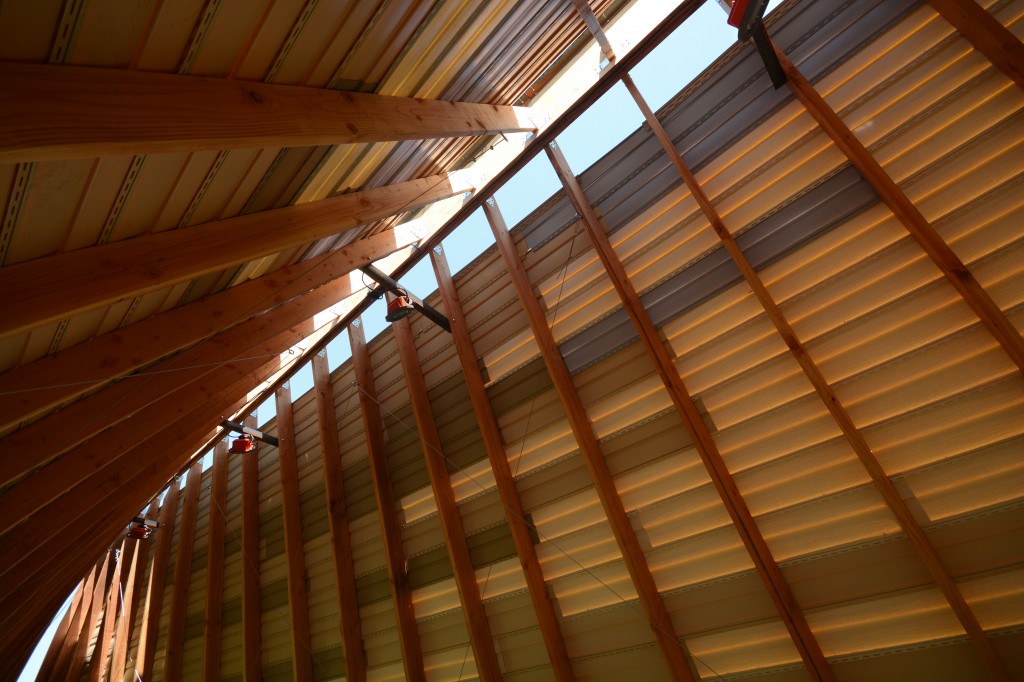 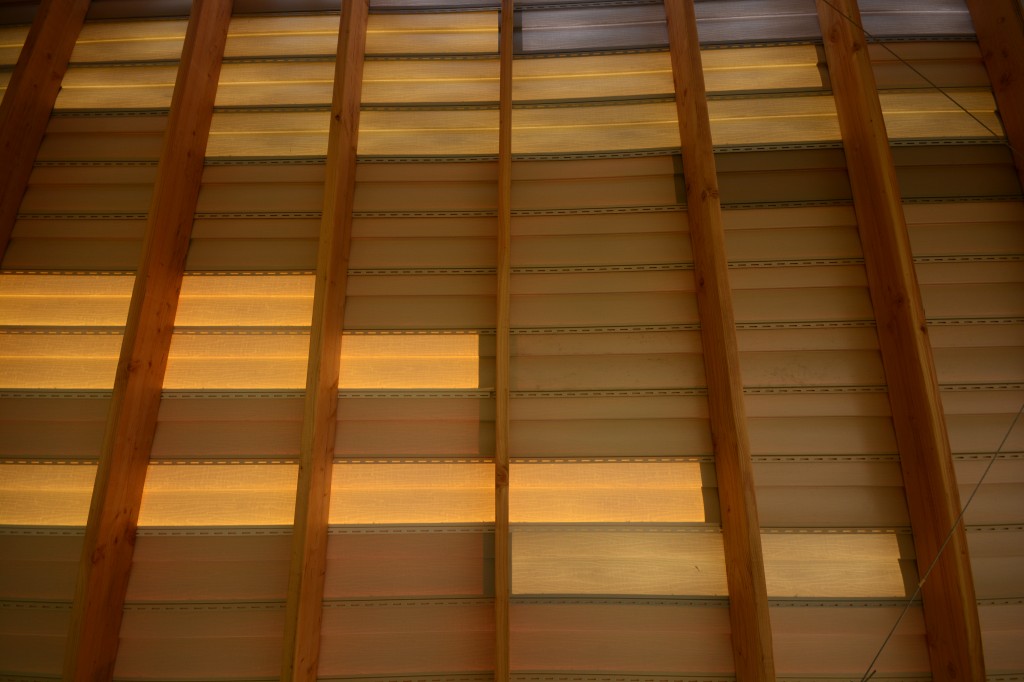 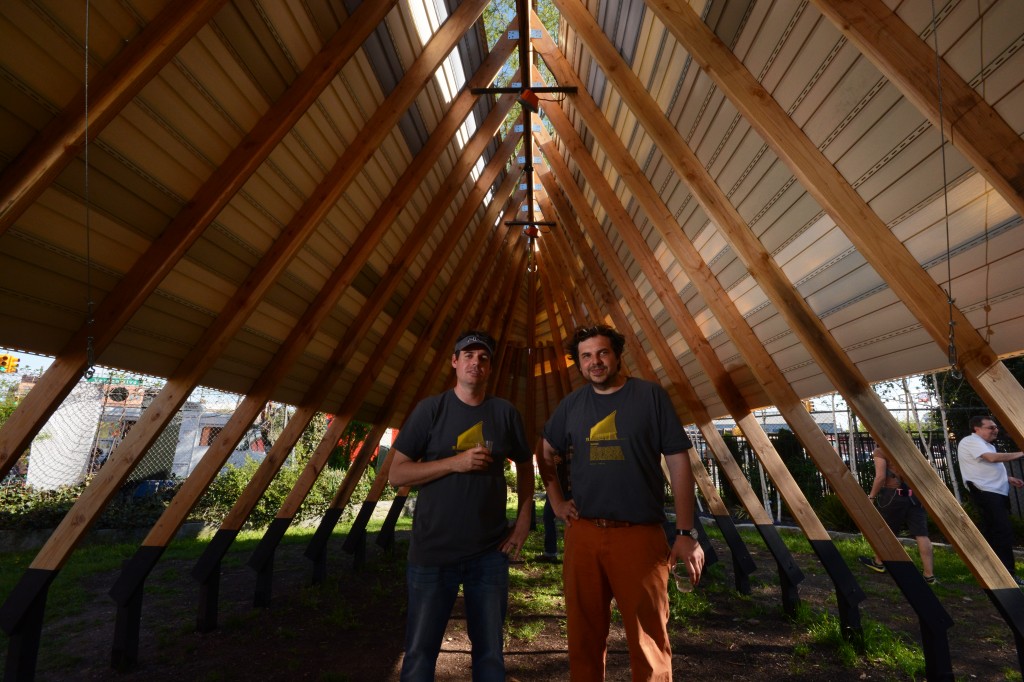 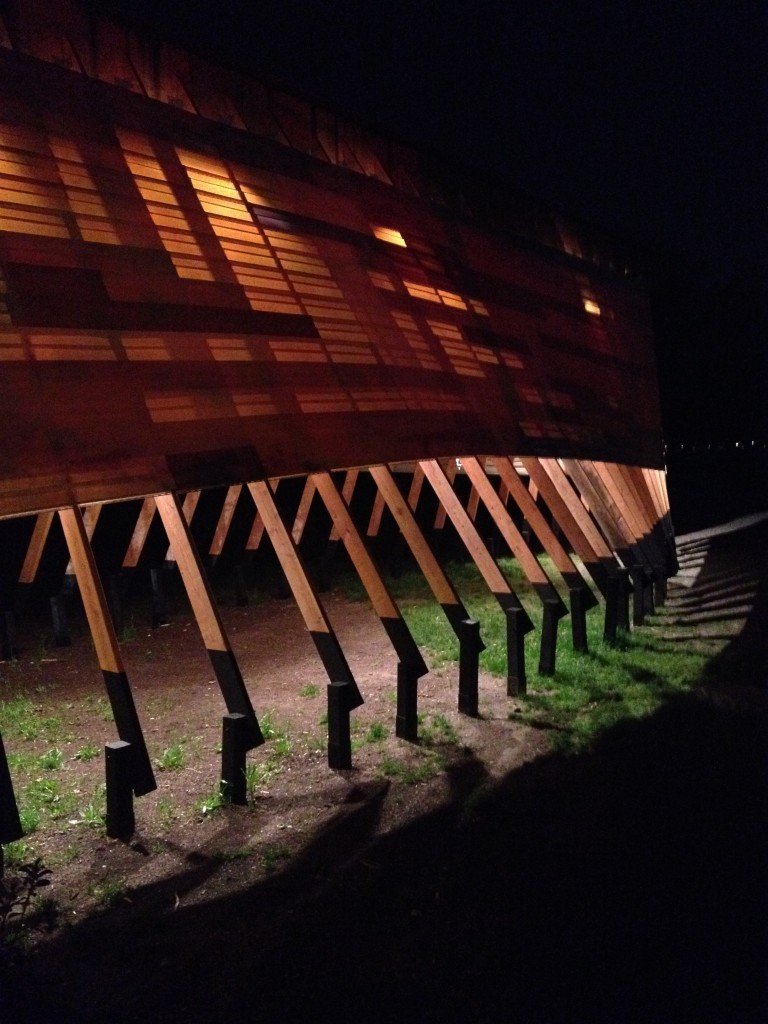 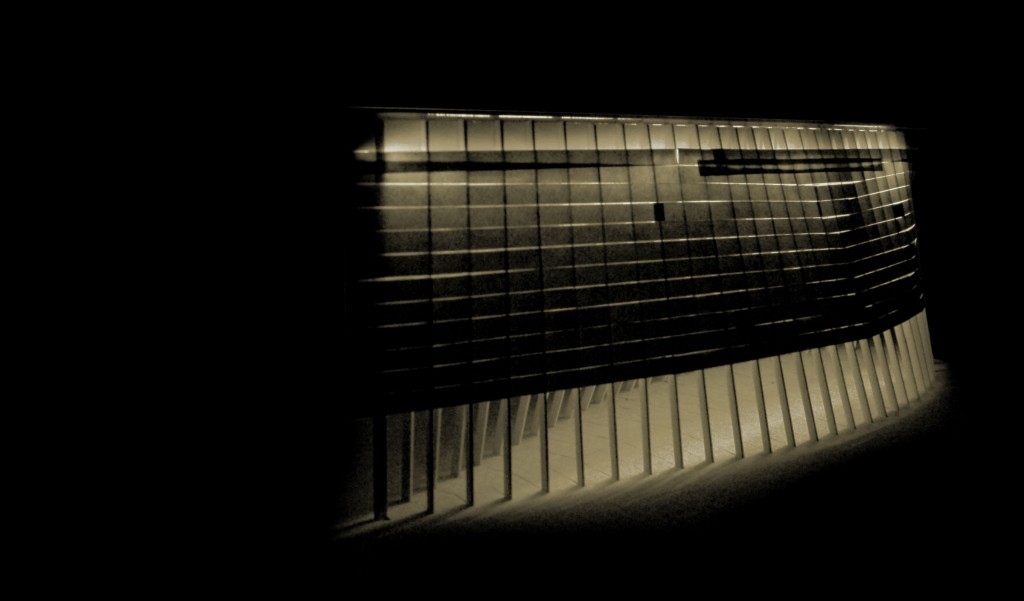 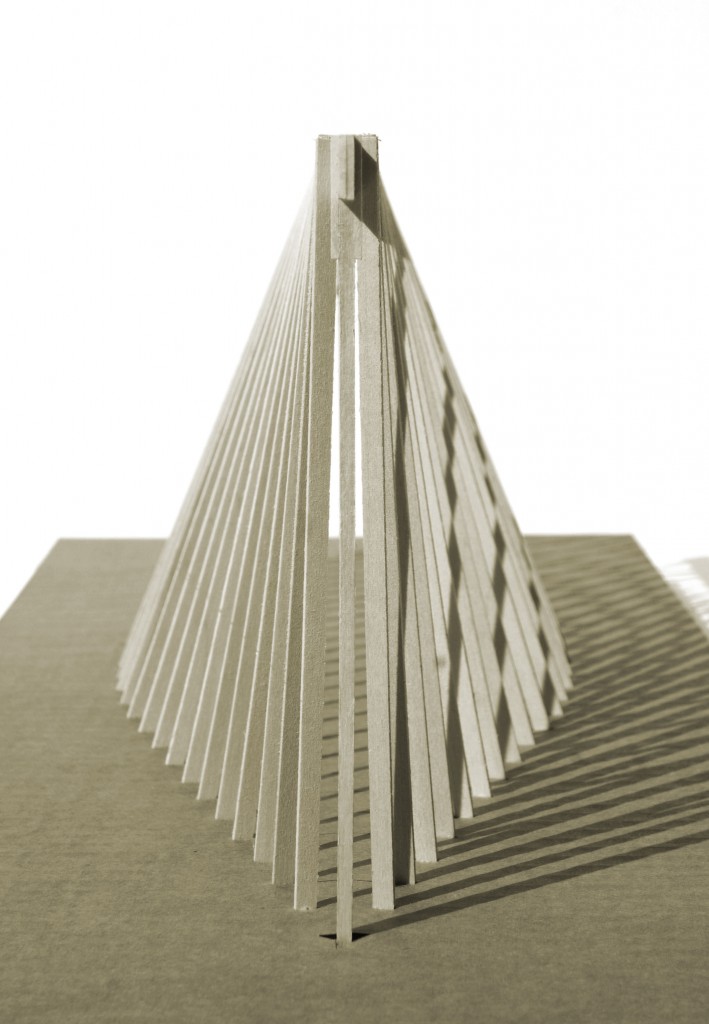 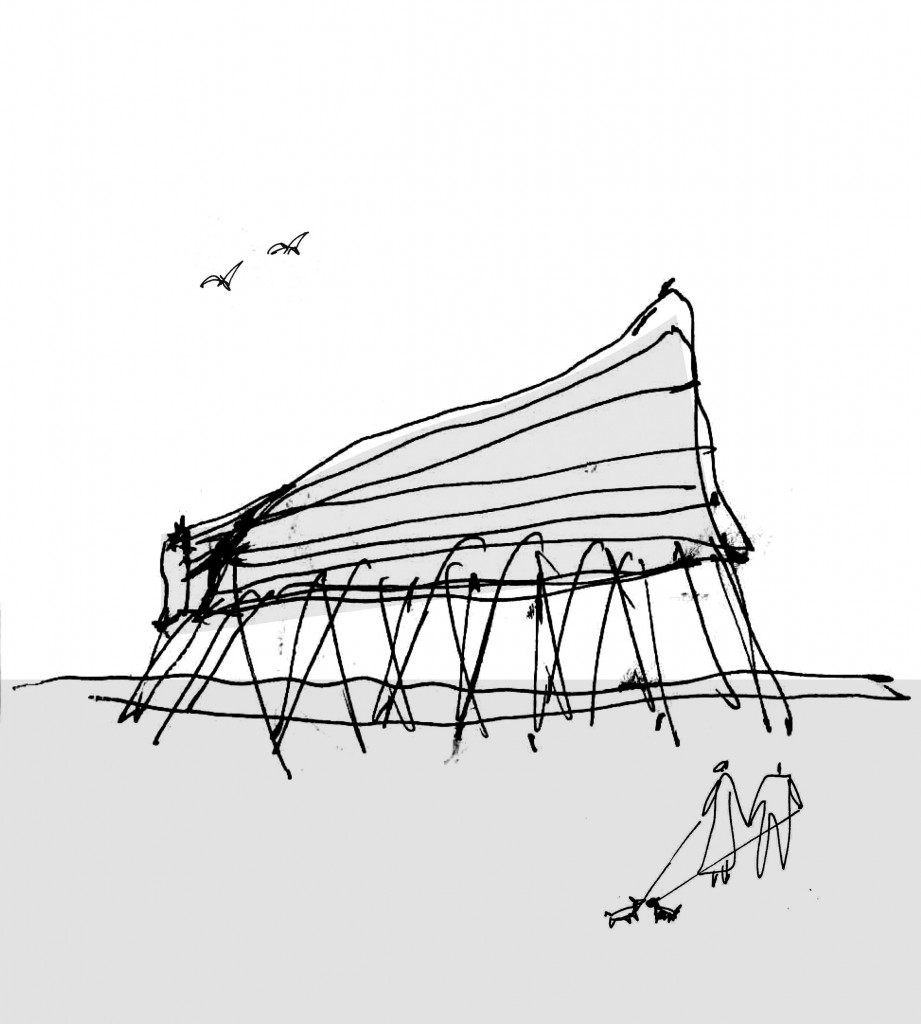 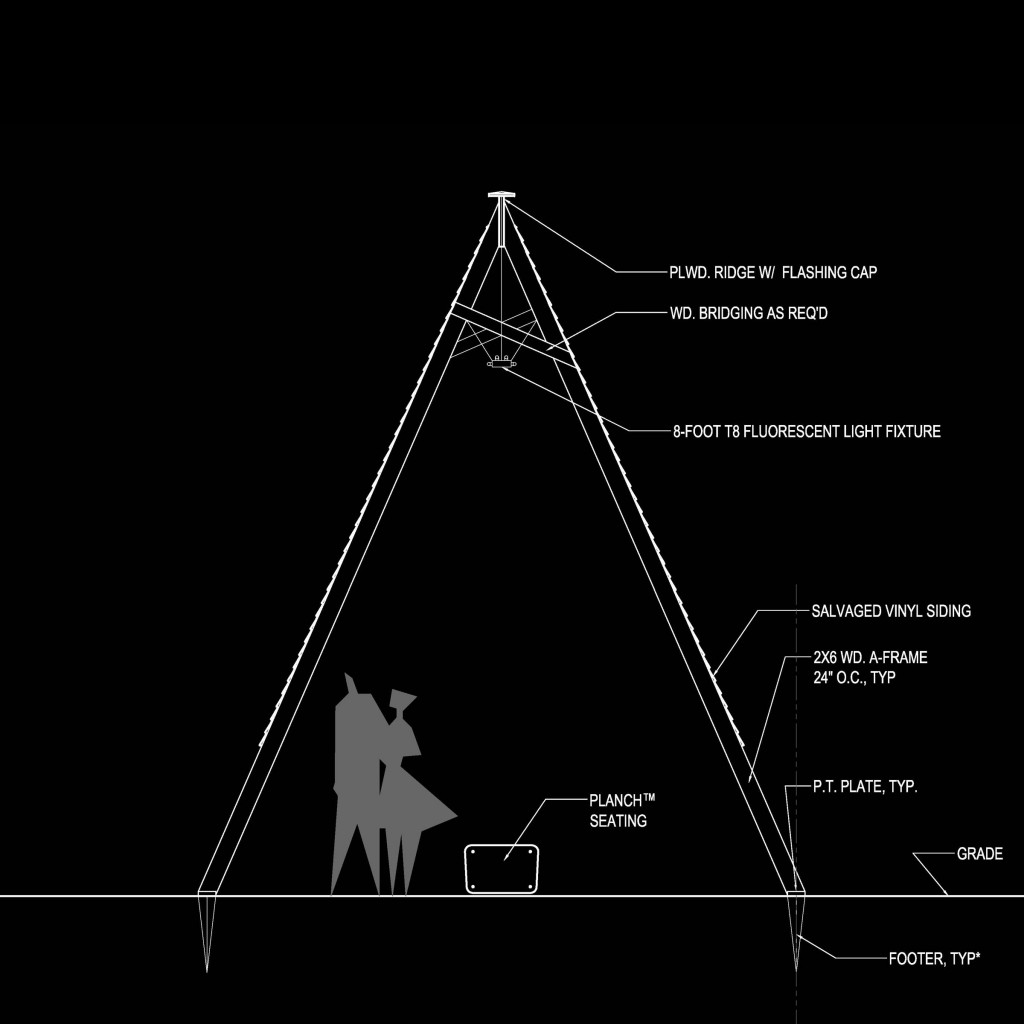 Presented in partnership with The Architectural League of New York

SuralArk by Jason Timberlake Austin and Aleksandr Mergold,of the Philadelphia-based architectural firm Austin+Mergold, is the winning proposal for Folly 2014, an annual design / build competition co-organized by The Architectural League of New York and Socrates Sculpture Park. This residency and exhibition explores the intersections among architecture, design, and sculpture through an interpretation of the architectural folly. The project was selected from over 170 submissions by a jury of architects and artists, including Chris Doyle, artist; John Hatfield, Socrates Sculpture Park; Enrique Norten, TEN Arquitectos; Lisa Switkin, James Corner Field Operations; and Ada Tolla, LOT-EK.

Conflating the form of an overturned ship and a typical suburban house, SuralArk provides shelter for respite and contemplation for thousands of park visitors this season. More than leisure space, this folly references the biblical form of Noah’s Ark and its final landing on Mount Ararat. As Austin+Mergold state, it is “an imposing, fanciful, yet purposeless structure: a boat without water, a house without inhabitants, a simple hulking mass of a conflicted typology.”

This large-scale installation spans over 50 feet with an elevation of 18 feet, but despite this scale it does not provide escape from the rising water levels at the edge of Socrates park, just merely the suggestion of future or past rescuing. Described by the architects as an “American vernacular interpretation of the original,” SuralArk is made from readily available dimensional lumber and clad in vinyl siding — a material repeatedly used on nearby Queens residences – and is representative of the increasingly blurred lines between urban and suburban environments, and rural living.

At Socrates, SuralArk is light permeable and emits a warm glow as the sun bleeds through its surface and is illuminated from within at night. The upturned ark echoes the park’s past while considering the future, as a possible escape from rising tides that submerged the park in October 2012 during Super Storm Sandy.

Folly is a competition co-sponsored by The Architectural League and Socrates Sculpture Park that invites emerging architects and designers to propose contemporary interpretations of the architectural folly, traditionally a fanciful, small-scale building or pavilion sited in a garden or landscape to frame a view or serve as a conversation piece.
To read an interview with the Austin + Mergold, click here.
To see the notable entries from Folly 2014,  click here.
And to read about past Folly winners, see Folly 2012 and Folly 2013.

The 2014 Folly program is made possible by a generous grant from the Graham Foundation for Advanced Studies in the Fine Arts.