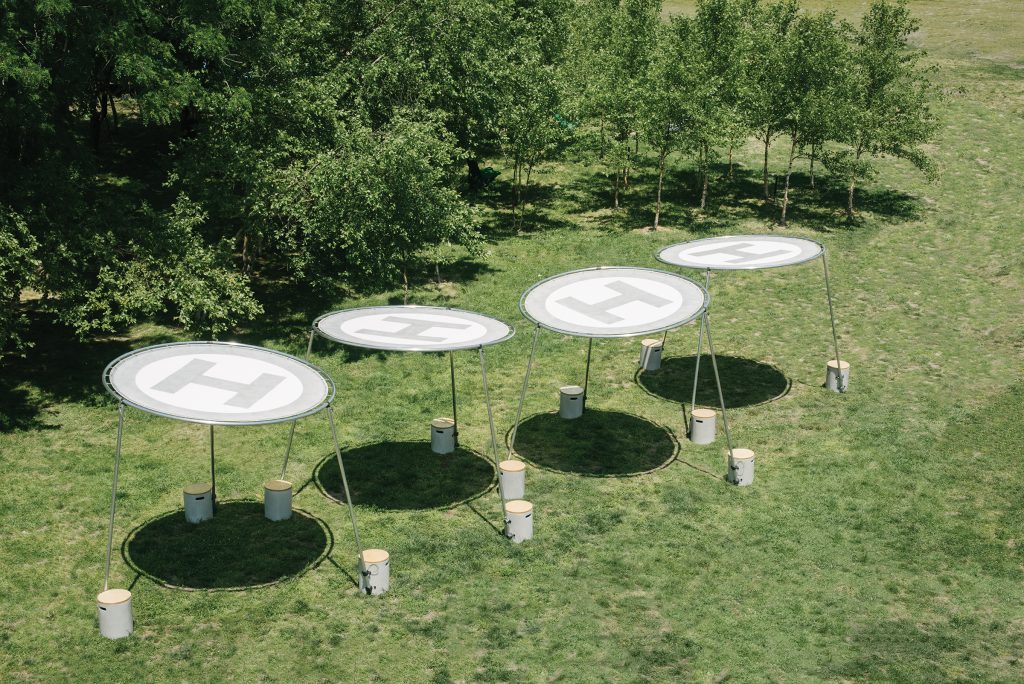 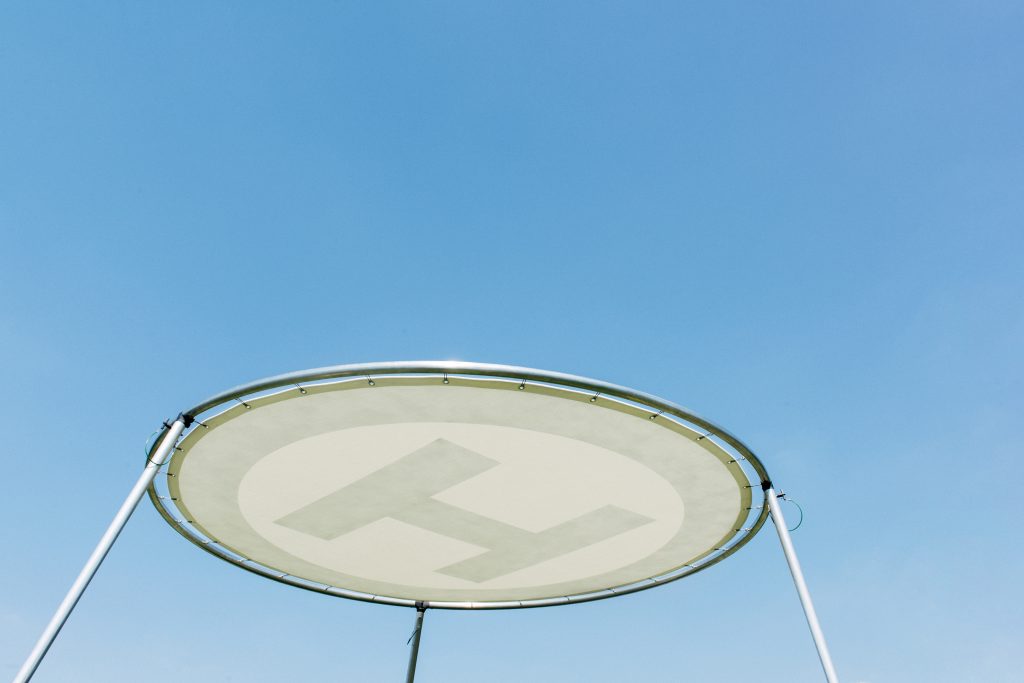 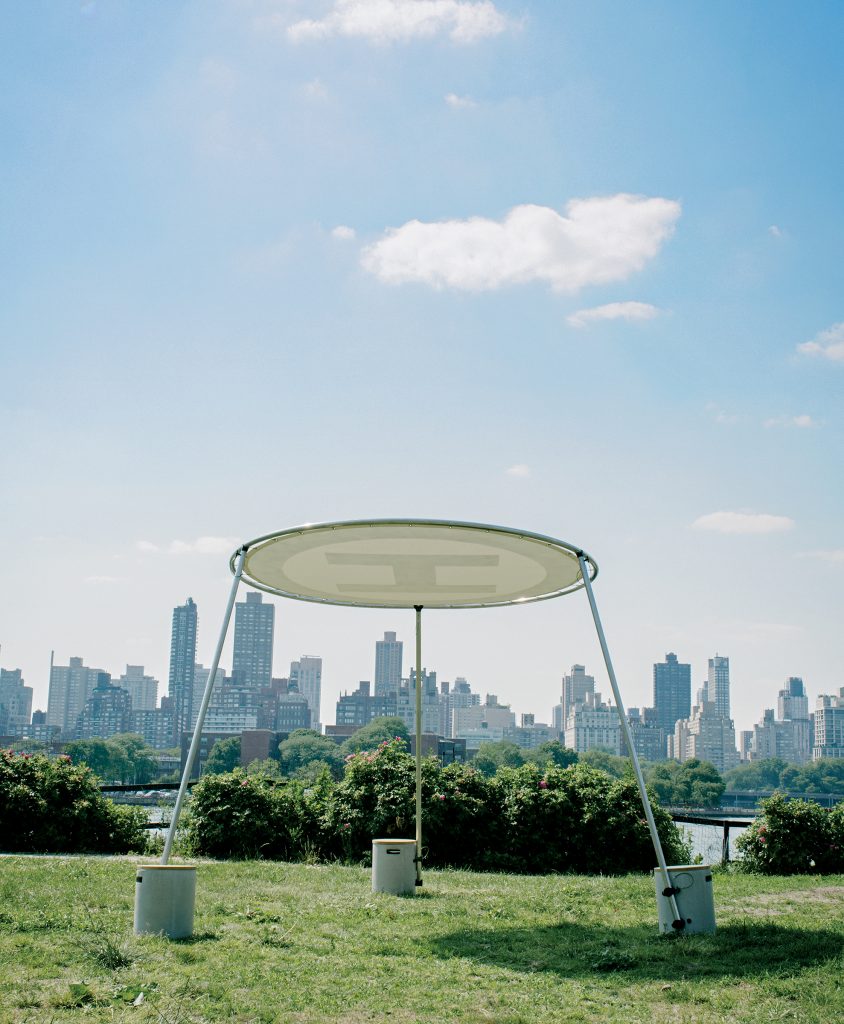 Responding to the 2017 competition’s challenge to create four portable, deployable canopy structures for flexible use throughout the highly active environment of Socrates Sculpture Park, Eva Jensen Design conceived a minimal and clean design that emphasizes simplicity, transparency, and versatility, inspired by a fundamental shape: the circle.

Circle Shade – 2πR4 consists of three main components – a circular canopy, aluminum support poles, and cylindrical drum counter weights. The circular canopy is connected to the poles with custom designed high strength structural 3D-printed joint nodes, engineered as rigid connections, with the ability to customize for variable pitches to the canopy. Elegantly simple, each canopy tilts while the structures can rotate in position to one another, exuding a playful character that complements the spirit of the Park.

Circle Shade – 2πR4 offers a transparent, unobstructed view of the Park and its vistas and may be arranged in compelling clusters to host more dynamic events. Its cylindrical counter weights may be used as step stools, display surfaces, or additional seating, and includes Socrates Sculpture Park’s iconic eyebeam logo and celebrates it as form and functional branding.

The program launched in 2012 as ‘Folly’ – an investigation of the intersection between sculpture and architecture through the conceptual framework of structures that intentionally served no utilitarian purpose. The program has evolved to fuse form with utility to address structural challenges within the Park. Specifically, the 2017 competition asks architects and designers to design and create four portable structures to replace four standard tent structures that are deployed, as needed, throughout the park. The Folly program is an annual architecture competition to design and build a large-scale project for public exhibition at Socrates.

The program is directed jointly by Jess Wilcox, the Park’s Director of Exhibitions, and Anne Rieselbach, Program Director at The Architectural League of New York. Socrates and the League launched the annual Folly program in 2012 to explore the intersections and divergences between architecture and sculpture. Through an annual juried competition, the program creates an opportunity for one emerging architect or designer to build a project in an urban, public realm. In 2016, the competition was renamed Folly/Function and shifted emphasis, asking entrants to fuse form with utility, creating designs that explore the intersection of art and architecture while addressing and improving the conditions of the Park.

Eva Jensen Design is an award-winning New York based architecture and design studio founded by principal Eva Christine Jensen, AIA, MAA. EJD offers an international experience rooted in the Danish design tradition, and works in a full range of design projects with a niche in high-end residential architecture and interiors, furniture design, and art installations. EJD emphasizes attention to detail and aspires to create spaces that connect people to nature with a focus on light and cohesiveness striving for innovation and authentic design solutions.

The Architectural League of New York nurtures excellence in architecture, design, and urbanism, and stimulates thinking and debate about the critical design and building issues of our time. As a vital, independent forum for architecture and its allied disciplines, the League helps create a more beautiful, vibrant, innovative, and sustainable future.